Lion tacos, anyone? You won't find them at a Florida restaurant, which sold out of the controversial item despite a backlash that included online threats.

Taco Fusion in Tampa, Fla. offered lion as a taco filling alongside its other exotic offerings, which include bison, shark, ostrich, gator, gazelle, rabbit, duck, camel and kangaroo. Iguana, bear and zebra will be on the menu in the future, writes local CBS affiliate WTVY.

Owner Ryan Gougeon told NBC affiliate WFLA that selling the meat is well within his rights. "Just because someone at home doesn't want it, doesn't mean a hundred other people don't," he said. "And America is still free and we are still allowed to provide services that people want."

Taco Fusion further defends the serving of lion in an undated blog post on its web site:

Paranoia has set in as some folks have had their reality challenged. They say that we’ve “crossed the line” by serving Lion. But let me ask you this, did you cross the line when you ate Beef, chicken, or Pork this week? ... Are you a vegan, who consumed vegetables this week? Were those vegetables sprayed with pesticides, and picked by illegal Mexican migrant labor that is exploited for low wages, long hours, and no benefits?

Activists for big cat preservation have expressed outrage over the menu item. When the controversy first struck, Big Cat Rescue's Jeff Kremer told WFLA that he hoped Taco Fusion would remove the item from the menu. "[T]hey are still going to exploit other creatures or sell them for a novelty, but you have to draw the line somewhere and the time to speak up is right now."

In a post that has since been removed, Taco Fusion announced it would no longer serve lion meat. Gougeon allegedly began receiving online threats after the restaurant announced the promotion. But those threats didn't stop the lion tacos from selling out, nor did the price -- a pound of lion meat costs about $220, which breaks down to about $35 a taco.

Despite the controversy, some Taco Fusion patrons were clearly enthused by the offering. The Tampa Tribute spoke with a customer, Frankie Consoli, who described the meat as "a bit tougher than steak" with a strong red-meat flavor and a "gamey" finishing note.

“Man it’s delicious," he told the paper. "I heard everyone hating on them on Facebook about this place serving lion, so I thought I’d come check it out. Where else are you going to get that chance?” 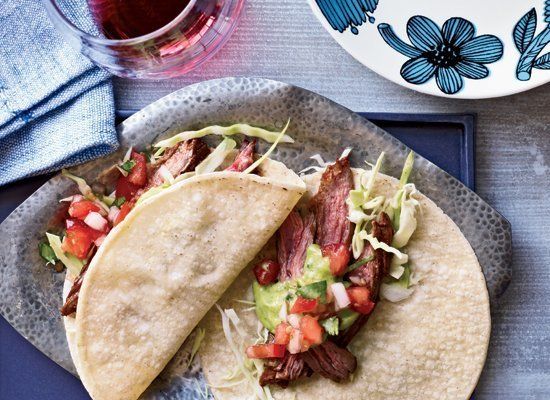