This week at Davies Hall, French conductor Lionel Bringuier marks his debut with San Francisco Symphony. The program features pianist Hélène Grimaud in Brahms' Piano Concerto No. 1 and will include Métaboles by Henri Dutilleux and La Valse by Maurice Ravel. In 2005, Bringuier led the National Orchestra of Toulouse in a performance of La Valse and won the Besançon Young Conductors Competition. It was a unanimous decision on the part of the jury. From a very early age, even before he was admitted to the Conservatoire de Paris as a cellist, Lionel Bringuier has been recognized as someone who just gets it. I met with the 28-year-old conductor this past weekend during rehearsal. He told me:

"Because it's my debut with San Francisco Symphony, I wanted to bring scores that I particularly like. Performing La Valse is always very emotional for me, because it was in the final of the Besançon competition. It's funny, I've played this piece on several important occasions. The last time was in Los Angeles, in April, for my last concerts as resident conductor of the orchestra. I have known the Brahms since I was a kid. I grew up with this wonderful music. As a cellist I played the Sonatas, the Trio, and as a conductor I've performed the concerti, the symphonies -- it's a part of me. I discovered Dutilleux as a cellist in Paris with the Orchestre du Conservatoire. I fell in love with his music. As a cellist I played the Strophes and as a conductor I have performed the Métaboles and the Cello Concerto. So, for my debut in San Francisco, I'm happy to bring three scores by three composers that I love and, of course, to be with such a wonderful soloist as Hélène Grimaud." 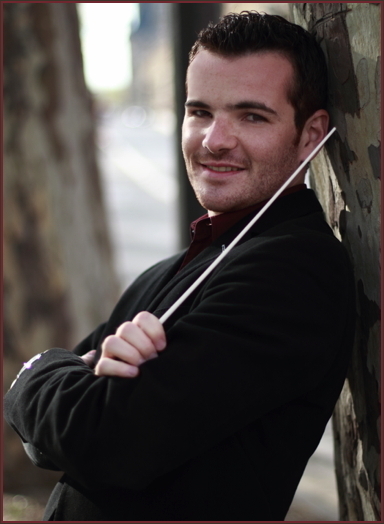 Beginning with the 2014/15 season, Bringuier assumes his position as Chief Conductor and Music Director of the Tonhalle Orchestra in Zürich. Along the way, his performance schedule includes guest appearances with Orchestre de l'Opéra Bastille, the Vienna Symphony Orchestra, Amsterdam's Royal Concertgebouw Orchestra, and the Munich Philharmonic. In between, he is mastering German.

"The orchestra in Zurich knows I will be conducting other orchestras. These days we see many conductors being the music director of two orchestras. In terms of weeks of conducting - in Europe it can be twelve or fourteen weeks. In the U.S. it can be 16 or 18 weeks. There is a lot of time to build and really work hard as a music director. But within a year, there is also time to be the director of a second orchestra or to do guest conducting. It's very important that the Zurich orchestra gets to work with guest conductors as well. This is pretty much the way the business is working and traveling is easier. Two days ago I did a concert with the BBC, now I am rehearsing in San Francisco. After these concerts I will be in Los Angeles. I've always made sure that my schedule is not too heavy. It's very important to keep the brain fresh and to take time off. After L.A., I will go back home and rest a little bit. Of course, the music is always there. I have to study new scores and keep learning German for my position in Zurich. If you want to really know the people -- and they are speaking in German or Swiss German -- you have to know the language. I love to meet the audience whenever possible -- whether it's pre-concert, post-concert, a reception afterwards. For sure, in Zurich, we talked a lot about this with the team. As a music director, I want to be really involved in getting to know the community and to meet the people who share my passion for classical music. People will always love classical music, but sometimes we need to go to them."

Lionel comes to San Francisco Symphony with a fantastic program for his debut. Each of the selections offers a revealing perspective on his amazing musical capacity. The Brahms Piano Concerto No. 1 will reunite him with Hélène Grimaud who has a long history with the work. 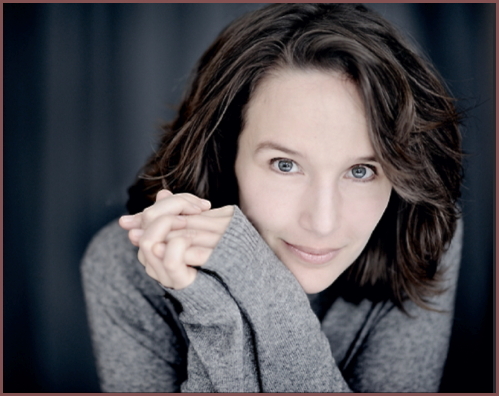 "I've been working with soloists now for ten years and have never had a problem. I'm very happy that Hélène wanted to play the Brahms. It's one of my favorite concertos. We have not rehearsed yet, but I've already heard her play it. Actually, I heard her play the Brahms years ago in L.A. with Vladimir Ashkenazy and the NHK Symphony. It was fantastic, a great interpretation. We've played many concertos together. Hélène has recorded with wonderful conductors and orchestras -- Andris Nelsons and Bayerischen Rundfunks for the Brahms No. 1 and the Wiener Philharmoniker Orchestra for the Brahms No. 2. When we played the Ravel Piano Concerto we didn't have to talk too much. I could feel immediately that we would enjoy working together. What is very important to me -- because I really like rehearsal time -- is to make sure the orchestra accompany to the maximum all the intentions of the soloist."

Henri Dutilleux's highly complex work from 1965, Métaboles, is a signature piece for the composer and one that appeals to Bringuier's particular sense of orchestral colors. The work sets Dutilleux apart from his contemporaries and will resonate with San Francisco audiences who are up-to-speed with modern composers thanks to Michael Tilson Thomas. Anticipating the Hamburg Ballet's production of A Midsummer's Night Dream at the War Memorial this month, it seemed easy to apply Dutilleux's Métaboles to the character "Bottom" and the metabolic transformation of his head into that of a donkey.

"Métaboles is fascinating. For me, it's one of the masterpieces from the second half of the twentieth century and I love to perform it. The orchestration is amazing. Dutilleux knows exactly how to use the different sections of the orchestra and how to use the sound in the hall. I was amazed at my first rehearsal with the San Francisco Symphony. They are very used to contemporary music. They are a very quick orchestra, they react immediately and I am fascinated by them. I heard the orchestra 10 years ago at the Theatre des Champs-Elysées playing the Mahler Ninth with MTT. It was an amazing concert with beautiful emotion."

La Valse is a musical whirlwind of dramatic textures and moods. Ravel hoped that ballet impresario Sergei Diaghilev would develop it for the Ballets Russes. The request was flat-out rejected by Diaghilev who declared the work to be un-danceable. In the hands of today's choreographers, could Diaghilev be proven wrong?

"Yes. In the music, there is always some reason. All the dancer needs is rhythm and the inspiration of the choreographer. I don't have choreography in mind, but I can see it for La Valse. The music makes you want to dance. I conducted Daphnis et Chloe with the Warsaw Philharmonic, then Bolero in London with the BBC, and now La Valse. It was an amazing feeling to spend these past months with Ravel, a composer I love. For me, with any composer, the music always speaks for itself. In the case of La Valse -- yes, I can see a Viennese ballroom." 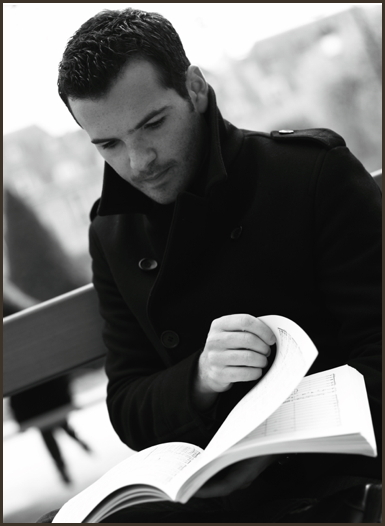 "Since I was a child, I've always been passionate about Classical music. I was born in the south of France. I loved going to concerts, to the opera house with my family. My first cello teacher was a member of the orchestra in Nice. I was five years old. Sometimes he would take me to rehearsal. When I was thirteen I entered the Paris Conservatoire as a cellist. There was an optional class -- An Initiation to Conducting. I loved it. As a cellist, I never wanted to be a soloist, I always wanted play with the others. It is the same vision I have of conducting. Of course, the conductor is there to give his ideas - but for me, it's more the idea of sharing the music together, playing together. That's why, during rehearsals, I always try to encourage the musicians to listen to each other instead of following my beat. Sometimes I will say there is a phrase that needs to take a little more time, a little rubato that is more my conception. It's always an interesting process. Of course, with the orchestras that I have conducted recently, they have this ability to do this very easily because they are at such a high level - San Francisco Symphony, of course, and L.A. I was recently with the New York Philharmonic. It's a great joy to wake up and go to a rehearsal, to work together."

I asked Lionel what scores he's toting around for his future engagements and how he would spend his available free time in the City.

"Coming up is Stravinsky's Rite of Spring, the Beethoven Piano Concerto, Debussy's Prelude and more. It's wonderful to study all these genius composers. Now, in San Francisco, I have two days off between the first and second rehearsals and can enjoy the city and go back to the hotel and study. I love to study! As deeply as possible -- every note, every bar, every accent. It's not work for me, it's what I love to do. Like a hobby. And I don't need to be in a quiet environment. There is a beautiful French bistro here where I might be seen sitting for three hours -- just studying and enjoying the time."