KANSAS CITY, Mo. — Decades of statistics on infant abductions in the U.S. suggest one of the least likely scenarios in this week's disappearance of a Kansas City baby is that a stranger broke into her home and quietly snatched her from her crib.

But the numbers also lead national experts to believe that if 10-month-old Lisa Irwin were taken by an intruder in the middle of the night, as her parents told investigators, she is likely still alive.

On Saturday, the parents again met with detectives, Kansas City police spokesman Capt. Steve Young said. He called that a crucial development in the case in subsequent comments reported by The Kansas City Star (http://bit.ly/noSrao ).

"It's the best thing for everybody in trying to find this child," Young was quoted as saying. "We couldn't be happier about it." The couple also consented to additional searches of the house, he added.

He also said police had received hundreds of tips, reviewed the best of them, but had no breaks in the case.

Strangers who kidnap infants or young children, though rare, often do so because they want a child of their own, not because they intend to hurt or kill the child, said David Finkelhor, director of the Crimes Against Children Research Center at the University of New Hampshire.

"The recovery rate for infants is very, very high. There is real hope here," added Ernie Allen, president of the National Center for Missing and Exploited Children in Arlington, Va.

But the experts acknowledge that investigators often focus on close relatives when a baby goes missing, in part because statistics show that far more infants and young children are killed by a parent than a stranger.

"Suspicion almost always falls heavily on the parents, especially when it's young kids," Finkelhor said. "Fifteen hundred parents kill their kids every year, and that's heavily focused on the under 1 year of age category."

Allen said his organization has handled 278 infant abduction cases during his nearly three decades with the group. Only 13 cases involved a stranger coming into a home and taking a baby, and all but one of those children were recovered unharmed.

A day earlier, Bradley told The Associated Press that police had accused her of being involved in her daughter's disappearance, which she vehemently denies, and told her she failed a lie detector test. The couple told the AP police have treated them like suspects, and Bradley said detectives told her: "'You did it. You did it. And we have nothing.'"

Investigators said they have no solid leads or suspects despite an extensive search that has included hundreds of officers scouring the family's quiet Kansas City neighborhood, nearby woods and a landfill. Young said investigators with metal detectors were back at the family's home Saturday, but no new substantial leads have come in.

The baby's parents announced Saturday they were organizing a reward, hoping it would lead to new information, and that they'd be doing less media interviews.

Bradley has said she checked on her daughter around 10:30 p.m. Monday. Irwin, an electrician, said he discovered the child missing around 4 a.m. Tuesday when he got home from working a late-night shift, prompting a frantic search of their home.

But all they discovered was that many of the home's lights were on, a window was open and the front door was unlocked. The couple later said three cellphones also were missing, which police said produced no solid leads.

Allen and Finkelhor said that with little to go on, it's natural for investigators to turn their focus to Bradley, who was the last person to see her little girl before she went missing.

Finkelhor noted that in some cases, parents have concocted stories about a kidnapping after accidentally killing their child instead of facing the tragedy.

"Sometimes what happens when the parent was involved, the death wasn't intentional but involved a kind of serious negligence," he said. "The responsible parent is so ashamed and maybe ashamed toward the spouse that they decide to dispose of the body and then report it as a missing child."

But Allen cautioned against jumping to conclusions, despite the long odds against a stranger abduction.

"Once the spotlight focuses on parental wrongdoing, the public perception is this is a murder. The focus goes away from the little girl and goes to the parent," he said. "That's why in these situations, police are doing exactly what they should do, pursuing every lead ... If Lisa is out there, we need to do whatever we can to find her." 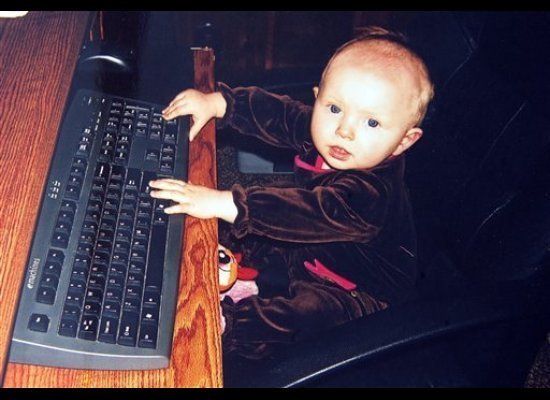