By Christal Smith and Angela Shelley in Santa Monica

Friends and family of the detained US journalists Laura Ling and Euna Lee -- reporters who were detained in North Korea three months ago -- are finally speaking out. The two women were on assignment for Current TV on the North Korea/China Border when they were detained by North Korean border guards and they have been held in isolation since then. The families stayed silent until now, hoping that diplomacy would prevail, but on the eve of the journalists' trial an impassioned phone call from Laura to her sister Lisa Ling brought them to action. Yesterday rallies were held across the nation -- in Birmingham, Chicago, New York, Portland, San Francisco Santa Monica and Washington DC -- and this time the families' message was loud and clear: keep this issue separate from any geopolitical standoffs and send the women home safely.

Lisa Ling-Laura's older sister -- a well known journalist has also done reporting for a show I work on called SoCal Connected which airs on PBS affiliate KCET. Yesterday our colleague, KCET producer Angela Shelley, was at the Santa Monica candlelight vigil and was able to interview Lisa about the only phone call she got from her sister: 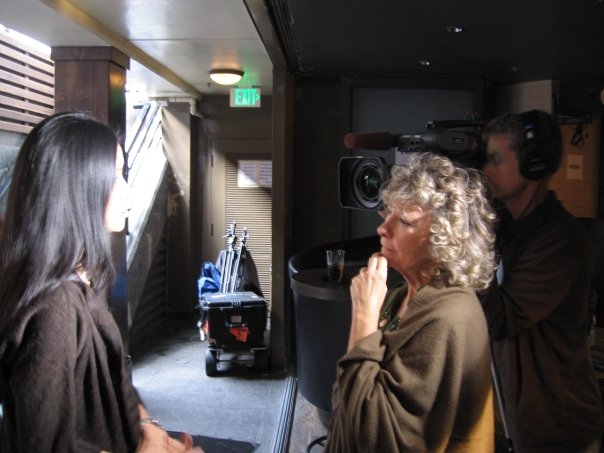 AS: How did you get that phone call?

LL : The call came completely unexpected.....I of course instantly recognized my best friends' trembling voice and she said 'I need help.' She sounded really scared. And even in this extremely emotional state she very specifically asked for diplomacy between our two countries. She said, 'Look I know you have been trying to ask other countries to help, but the only thing that could possibly help us is if our two countries communicate.' And I said, 'We have been really quiet.' And she said, 'Maybe it's been too quiet.' We specifically were not talking to the press because the situation is so sensitive and we have been trying to allow diplomacy to take its course.

AS: It's been hard to be quiet hasn't it?

LL: It's been really hard to be quiet because all the news reports just kind of said two U.S. journalists...and I don't think people realized that one is my little sister who has a serious medical condition. She's had a recurring ulcer for almost two years now and you know Lee is the mother of an extraordinarily beautiful four-year-old daughter who misses her mother desperately. That has been the hard thing -- we haven't been able to just let people know who they are. Laura is incredibly smart and selfless and kind. She is the one person in the family that people just kind of gravitate to... I think -- although my cousins will get jealous -- that she was my grandmother's favorite. Just because she spent that time that, you know, we all find ourselves too busy to spend and that's how Laura is. She is just a very selfless person. AS: Do you think Laura would be surprised right now by everything that is going on? What do you think she would make of all of this? 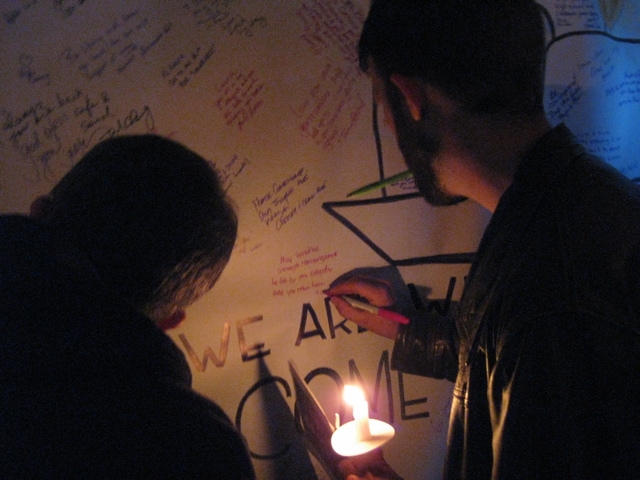 LL: I think if my sister came right now and saw all of this going on for her she would almost be really embarrassed because she is someone who does not have a very overt personality ..but now given the nuclear tensions; we just felt it was time. AS: Were you yourself surprised by how she sounded? Have you ever heard her sound like that before?

LL: No. I've never heard my sister in...that kind of anguish. I mean it was clear that she has just have been so lonely and isolated and hearing her voice so unexpectedly you know it was so...I was so thrilled to just hear her voice but by the same token hearing her so scared and feeling so helpless was one of the most debilitating feelings I've ever had. AS: Could you have ever imagined that this would happen to you yet it happened to her? LL: My parents actually thought that something like this would happen to me before it would happen to her... and being the big sister it is devastating. I mean my sister is my best friend on earth. And so to not be able to protect her is a really difficult thing.

AS: You think she is also -- without even knowing -- probably trying to follow in your footsteps? Don't you think?

LL: Well, she is a really strong girl. She and I have been fortunate to be able to be exposed to incredibly important stories in the world and we feel very strongly about it. And I know that my sister had only the most earnest intent in all of the work that she does and we know -- our family knows definitively -- that when they left the United States they never intended to cross the border into North Korea. Absolutely not -- and if at any point they did, then we apologize on their behalf; we profusely apologize. AS: Do you know if any of this is getting through to the North Koreans?

LL: I hope that we are able to communicate to them our deep, deep apology for whatever may have happened on that border. If at any point the girls did cross into North Korea then we are so sorry and we beg the North Korean government to allow the girls to come home to their families. AS: Has there been any ray of hope? Anything officially from the Korean government?

LL: You know it goes back and forth and until our governments are able to communicate directly, we are not going to know. We are hoping they are trying to communicate but at this point we don't know. We are still hopeful though. We are hoping that there will be a positive resolution to all of this. AS: What does it mean to you to see all of this support today? LL: Well this is amazing. You know this vigil and all of the vigils that happened all over the country today were the result of this grassroots movement that started on Facebook. And our family just felt like today, when the girls are standing trial. we wanted to be amongst people who are showing support for them. AS: When she gets home, what's going to happen? What are you going to do?

LL: When Laura comes home we are going to lock her up in her home; her brand new home that she and her husband had been saving for for twelve years -- that she has only spent three months in. And just allow her to get reacclimated very slowly and just love her...deeply. 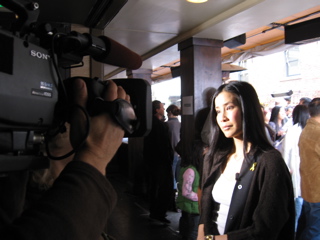 As of this posting the only news out of North Korea is that the trial did indeed begin on Thursday. If convicted the women could be sentenced to up to 10 years in a labor camp for "illegal entry" and "hostile acts". For updates: