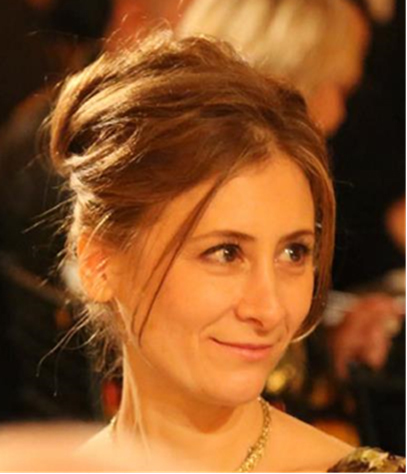 Killer Heels: The Art of the High-Heeled Shoe, an exhibition curated by Lisa Small, Curator of Exhibitions at the Brooklyn Museum, examines

"the mystique and transformative power of the elevated shoe and its varied connections to fantasy, power, and identity."

The exhibition includes more than 160 historical and contemporary high heels from the 17th century to present.

In this very insightful conversation, Lisa Small shares with us the process of curating this exhibition.

Exhibition Goal and Thematic Sections
In this exhibition, I wanted people to see the social history of high-heeled and elevated shoes in various centuries. I formed my checklist with the goal of bringing key historical works from different historical moments. For example, 18th century shoes, the Venetian chopines from the 1600s, and the Turkish elevated bath shoes. It all started visually. I was looking at the designs that were attractive to me and I began to think about categories and relationships. Certain themes were very present right away. For instance, one of the themes of the show is Metamorphosis. The idea of metamorphosis in all of what that means, in the sense that when you wear a high-heeled shoe, there is a temporary metamorphosis of the body. It causes shifts in the body. And also how high-heeled shoes have been agents of change and transformation in fairy tales, myths, and in other cultures. So many designs seem to play with this idea of change and transformation. Another theme was Glamour and Fetish. If you do a show of high heels, you have to address how the high heel is probably the most significant sartorial object in the construction of idealized femininity in the 20th century. This section includes a lot of stilettos, and touches on how Hollywood created this image that then women wanted to adapt to.

The Social History of the Stiletto
There is no doubt and no argument that the stiletto heel was sort of born out of imagery in men's magazines. High-heeled shoes were always around. There were shoes from late 19th, early 20th century with high heels. Special shoes with super thin high-heels, worn by a small clientele. The high-heeled shoe was very prominent in pornographic imagery and role-play. Although they were always around, before WWII, heels could only be so high. If they were made from stacked wood, for example, they couldn't be very thin because they would break. But there were illustrations in men's magazines showing women in super high skinny heels that didn't really exist in the main stream yet. It was sort of a fantasy. And in WWII, fighter pilots painted images of women on the side of the plane. These women always wore high spiky heels that didn't exist yet in the mainstream. In the post-war period, advances in technology enabled the use of extruded steel in the heel and the true stiletto was made. So, although high heels existed before that, the high stiletto didn't become truly mainstream until the technology caught up with the consumer desire that was already there. Also, like in so many other instances, what begins as transgressive ends up trickling down and being dispersed to popular culture.

Selecting and Acquiring the Works
I was attracted to shoes that were doing something interesting visually and structurally with the heel and I wanted to open it up to not just the stiletto but to all forms of elevated shoes. It was about the height and what the designers do with that space between the ground and the bottom of the foot. So I included stilettos, platforms, and wedges. I was also interested in exploring the idea that, yes, high-heeled shoes are sexy, but there are so many other designs in which the motivation for both the designers who create them and the women who wear them, is not to participate in the notion of what is conventionally sexy or accepted for a high-heeled shoe. So I also included shoes that don't even look like shoes, that were more conceptual or more sculptural in intention. The shoes are on loan to us from the Met, with which the Brooklyn Museum has a collegial relationship because they now have our former costume collection. The Met was very generous not only with the Brooklyn Museum's material but also with lending works from the Costume Institute itself. I also borrowed from the Bata Shoe Museum in Toronto. And there were over 50 different designers who have loaned directly to us.

Creating a Dialogue among the Museum's Collections
The Brooklyn Museum is one of the largest museums in the United States. We have a global, encyclopedic collection. We have always tried to connect our special exhibitions with our permanent collections, and we like to bring out objects that aren't on public view. I went through all our departments and selected 25 objects that spoke to me and I thought they would "speak" to the shoes. We have, for example, a spectacular rococo revival table with beautiful carved gold legs, exhibited with a Miu Miu platform wedge from a few years ago, and a gorgeous shoe from the 1920's that has a heel that also evokes that kind of rococo organic look. The goal was to encourage visitors to think across categories and to make those leaps, whether it is visual or cultural. I think it makes for a much richer experience.

Creating Context with Film Clips and Commissioned Films
High heels have played such an important role in popular culture. I found, for example, some great fashion newsreel clips that were produced in the 1920s and 1930s and I felt that it would be interesting to incorporate some clips to point at how shoes were seen and worn in different eras. We also commissioned six short films about high heels for the exhibition, each of which brings a very different perspective and very different imagery. I think the films and film clips add context to the shoes. Thinking in terms of the exhibition's design, I wanted visitors to have an immersive and dynamic sort of experience and to break the visitor's sense of looking just at one shoe after another.

Killer Heels: The Art of the High-Heeled Shoe is organized by Lisa Small, Curator of Exhibitions, Brooklyn Museum. The exhibition runs through March 1, 2015.