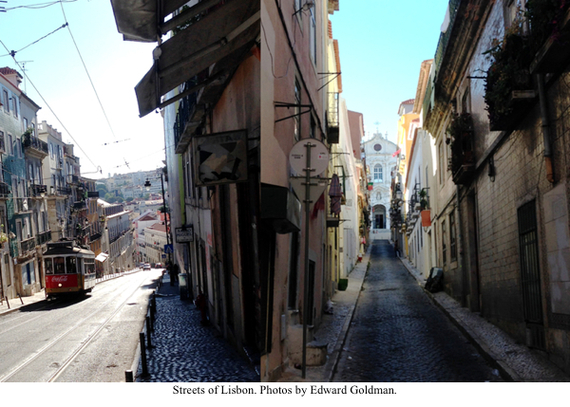 One of the few things I knew about Lisbon's cultural scene --years before my inaugural trip there last month --was the name of Calouste Gulbenkian (1869 - 1955), a private collector of Armenian descent, who amassed a huge fortune through early investment in Iranian oil. So, at the beginning of the Great Depression (1929 - 1939), Mr. Gulbenkian had more money than God himself; as a result, he was able to indulge himself in collecting great works of art from all ages. 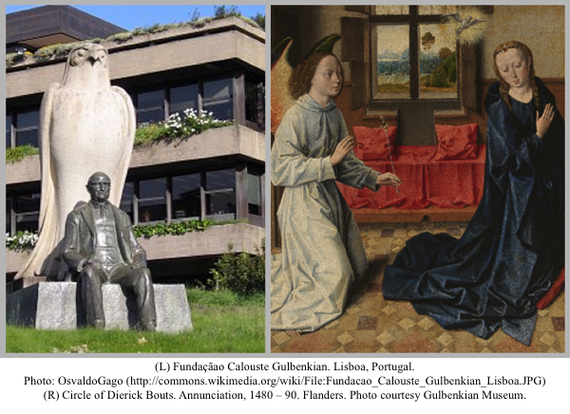 In one of their most reprehensible cultural follies, Soviet authorities decided to sell a number of priceless masterpieces from the Hermitage Museum --and chose to do it at the worst possible time, right at the onset of the market crash. Mr. Gulbenkian took advantage of the situation and acquired various art treasures that once belonged to Russian Empress, Catherine the Great. It's worth mentioning that the only competitor he had during negotiations with the Bolsheviks was Andrew Mellon, an American philanthropist, art collector, and US Secretary of the Treasury, who also purchased a trove of Old Master paintings from the Hermitage Museum. 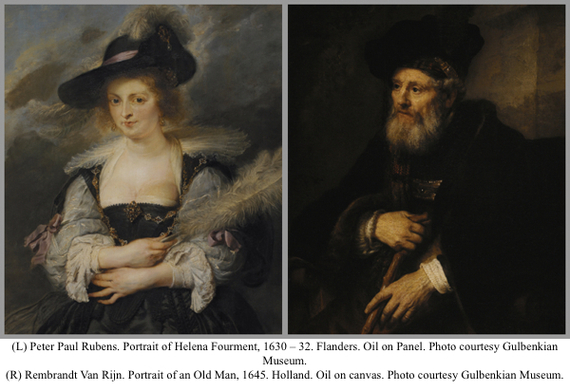 Today, visitors to the Gulbenkian Museum --which opened to the public in 1969 --are able to enjoy not only the artworks collected during his lifetime, but also see the impressive, recently added collections of contemporary and modern Portuguese art, as well as 20th century British art. 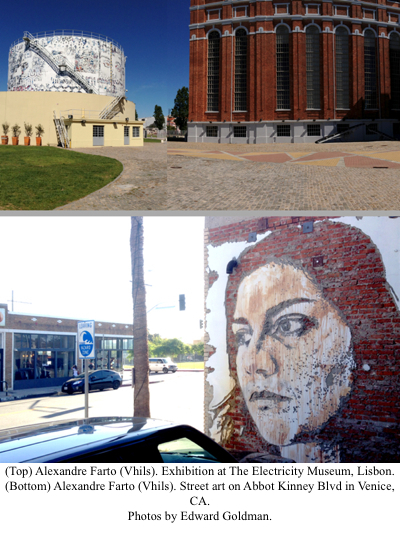 Among the museums I was advised to check out was the Electricity Museum located at a decommissioned power station, and it turned out to be one of the biggest surprises I encountered in Lisbon. The graffiti/street artist, Alexandre Farto, also known as Vhils, has an exhibition there that runs through October 5, 2014. The exhibition presents him as a master of many trades: sculpture, collage, installation, and a unique form of graffiti where, rather than painting, he chisels into walls to create his signature style of large-scale portraits of human faces. Upon returning to LA, I discovered that one of his chiseled street portraits graces the wall of a nondescript building here, in Venice on Abbot Kinney Blvd. 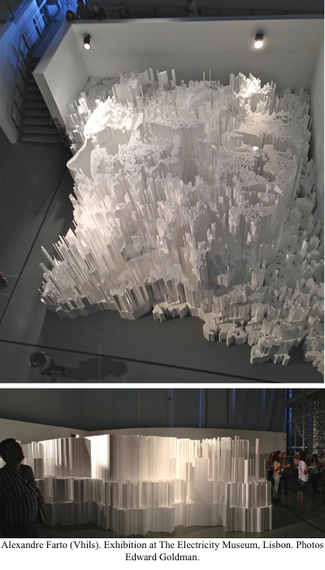 Prevailing opinions about Portugal is that, culturally, it is a rather conservative country. But definitely not in my experience visiting various museums and cultural centers. The Museum of Design and Fashion (MUDE) in a former bank building, with its bold, theatrical design and daring juxtaposition of high fashion and raw architecture, makes any similar fashion/design museum in the US seem helplessly lost in time. 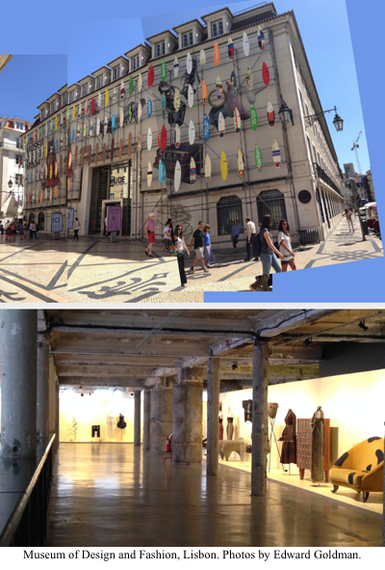 At the very center of Lisbon, in the beautifully restored Jesuit church, São Roque, I was startled to see two large videos installed on both sides of the altar. Each screen displays a contemplative portrait of a somber, androgynous teenager, quietly connecting this 17th century church with today's life. It's difficult to imagine any LA house of worship having the courage of conviction to use contemporary art and technology to the same startling and satisfying effect. 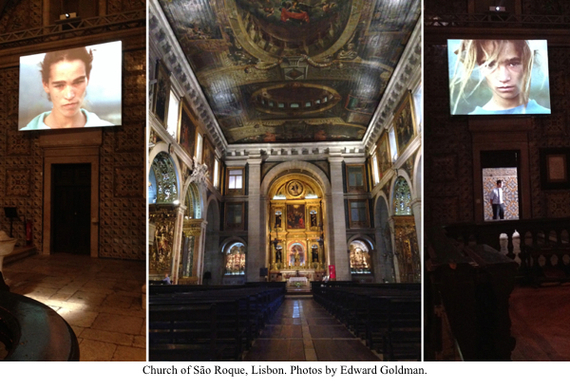 What I found especially impressive is the fact that Portuguese artists, instead of complaining about the country's wobbly state of economy, take artistic advantage of what life offers them. For example, I was taken to the centuries-old, dilapidated Pombal Palace, which is currently housing the Carpe Diem Art Foundation. Each room of this crumbling palace is used by various artists as a stage for temporary installations, with a budget seemingly close to zero, but with artistic imagination --intoxicating, unstoppable imagination --flying high into the sky. 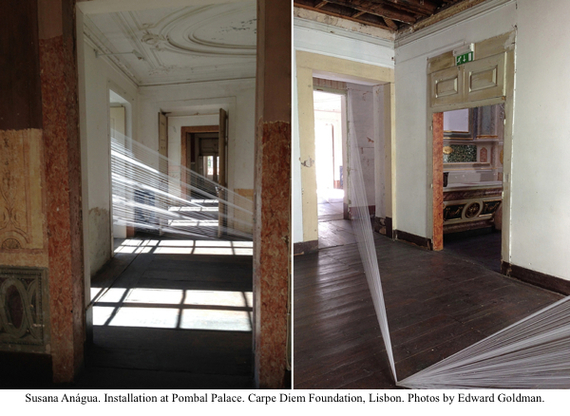 If you want to learn about Edward's Fine Art of Art Collecting Classes, please visit his website. You can also read The New York Times article about his classes here.