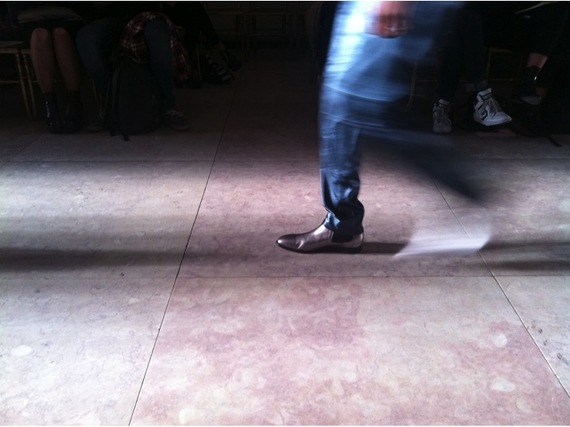 
Long respected for apparel and accessories production, and now trending in tourism, art and tech, Portugal is set to gain some serious fashion recognition.


It's September, so the new fashion year is in high gear. The September magazine issues are phonebook-size tomes with this season's looks. Meanwhile the glitterati are on the month-long circuit of Fashion Weeks in New York, London, Milan and Paris.

But those big-name shows are as much about being seen as they are about seeing. Following the crowd confers bragging rights for having been there, but you'll never discover anything new. And for those looking to leave a fashionable impression, me-too is a no-no.

Enter Lisbon, one of several alternate European fashion centers that compete behind the 'big four.' Lisbon is a particular hit among artists, designers, innovators and entrepreneurs drawn by the light, lifestyle and low cost of living. It is also drawing visitors looking for a familiar yet exotic destination that has not yet succumbed to the globalization steamroller. For several years now, Parisian fashion insiders have come to play - if not yet to work - in the city or nearby Comporta, Portugal's answer to the Hamptons.

Add to this Portugal's role as manufacturer of choice for many European fashion and luxury brands. Independent design houses are within easy reach of high quality, moderate cost production willing to take on small-scale orders.

So it should be no surprise that a city favored by creative types has creativity of its own to offer. These were on display during the ModaLisboa Fall/Winter 2015-16 shows, showcasing both young and more established designers, both nationals and expats who have chosen to call Lisbon home.

When looking at fashion from a new location, it is always nice to see a reflection of the local culture - though one that stays well away from costume or ethnic pastiche. It is part of what Stephan Rabimov, fashion scholar and Editor-in-Chief of Depesha magazine calls fashion diplomacy. 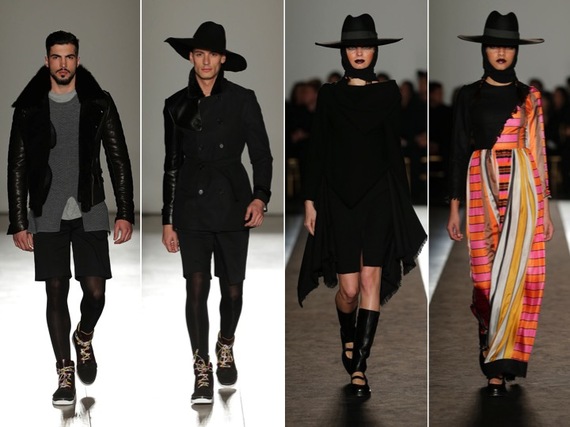 
You don't have to stretch the imagination too far with Nuno Gama's exuberantly virile menswear. This season showed in a darkly luxurious interpretation of the Lusíadas, Portugal's 16th century epic poem about the Age of Discoverers, with Renaissance-inspired coats and tunic shirts in fur, leather and velvet. Similarly, Dino Alves' frayed fringe on burel dresses, tunics and asymmetrical cloaks may have read a bit Iberian ranch hand at first. The collection evolved, however, into a bolder display of color and pattern, with a flowing, silky, deconstructed 1970's silhouette (the decade that Portugal cast off the yoke of right-wing dictatorship). The overall message was about people overcoming the judgmental hypocrisy of Catholic morals (his words, not mine) to embrace freedom and optimism.

This is a very Portuguese way of looking at life. One of the surprisingly endearing characteristics of Portuguese culture is a yearning, poignant melancholy - saudade, they call it - which begins with long-gone sailors and continues following a century of authoritarian rule, colonial wars, political crisis and economic malaise. But clothing is not all poetry and political statement. And a fashion collection does not remain hermetically sealed: the pieces will be scattered upon the winds and reinterpreted by individual wearers, so its message should remain complete out of context. Capturing a spirit, more than a particular style is a surer formula for broad based relevance and demand. 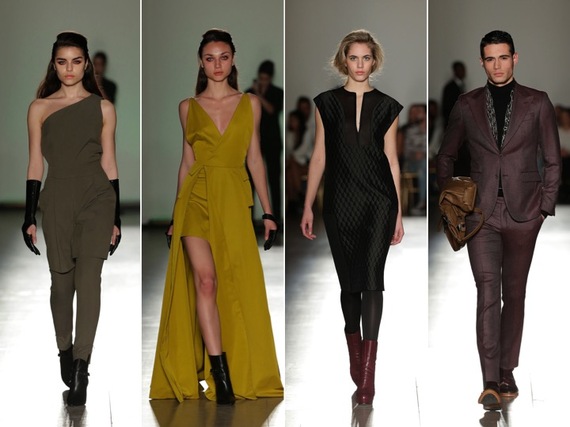 
Here, two contrasting collections elicit a time when Portugal was richer and more self-confident: an imperial power sitting deftly astride the rifts of a Europe coming apart at the seams. Luís Carvalho's collection captured the aridness of the Portuguese landscape with dusty earth tones. Meanwhile gauzy crepe was worked into very structured, yet flowing silhouettes reminiscent of the 1930's. Miguel Vieira took similar Art Deco cues, but rendered them in luxurious, slickly tailored cashmeres, velvets and jacquards. A mix of traditional and highly technical fabrics as well as artisanal techniques results in something both reassuring and viscerally exciting.

This sensorial-emotional approach captures another aspect of Lisbon: the city plays on contrasts. It is at once a world capital and a small village. It is the westernmost point of Europe, yet carries shades of Tangier, Istanbul, India and beyond. It is welcoming and comfortable for first timers, yet perpetually exotic even to long staying visitors. Living here, one can move easily between the formality of the office and the carefree pleasures of the beach. Which is part of the attraction to foreigners, more and more of whom are moving to Lisbon with a creative vision firmly focused on the future. 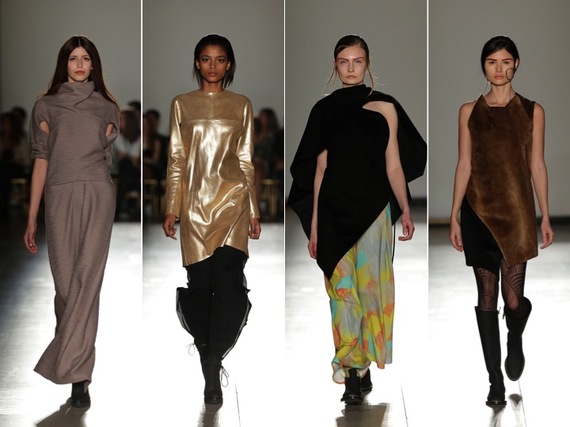 
Two of those, Aleksandar Protic and Lidija Kolovrat are among those with a more avant-garde aesthetic, proving that Lisbon fashion is not at all about nostalgia. Serbian, Protic studied at Antwerp before moving to Lisbon in 2000, and representing Portugal during the Marseille European Capital of Culture in 2013. Picking up on similar dusty hues as Cravalho, he links them instead to the American desert southwest and the works of Georgia O'Keeffe, with a sensuous furturism. Kolovrat, who hails from Bosnia, moved to Lisbon in 1990 and is also a contemporary artist and gallerist. True to her artistic inclinations, her collection was among the more challenging, exploring how micro and macro influences affect our self perception.

With streaks of experimentation and avant-gardism, Lisbon manages to avoid the more adolescent excesses often seen in emerging fashion capitals. Angela Gilltrap, Editor-in-Chief of Heaven Has Heals has been coming to ModaLisboa for eight years. "When I first began attending, there was more of a liberated, unfettered creative expression at all costs," she says. "Over time, I've seen the creativity continue but with a studied eye on commerce and everyday expression."

Still seen as an underdog by many, Lisbon is quietly but fervently booming in tourism, art and tech, even displacing more established cities from their comfortable seats. With such an international audience, and creative and entrepreneurial spirit hitting critical mass, it's no wonder that fashionable eyes are watching closely.

The ModaLisboa Spring/Summer 2016 collections will be shown in Lisbon October 9-11.