Education Hasn't Been a Top Issue This Election Cycle, But Americans Think It Should be a Presidential Priority

With less than a week until Election Day, we took a look at what Americans think about public education.

It's an issue that has not been a major focus this presidential campaign season, but that is vitally important to many voters -- and, at a time when our nation is more divided than ever, what we found may surprise you: The American public agree both that education should be a top presidential priority and on the path forward on many issues.

Nearly 7 in 10 voters in swing states say improving K-12 education should be a top priority for the next president and nearly 8 in 10 say all children should get a good education, no matter their economic circumstances.

Most Americans support giving families more choices for where to send their children to school, and in national surveys, a growing number of people are supportive of public charter schools. 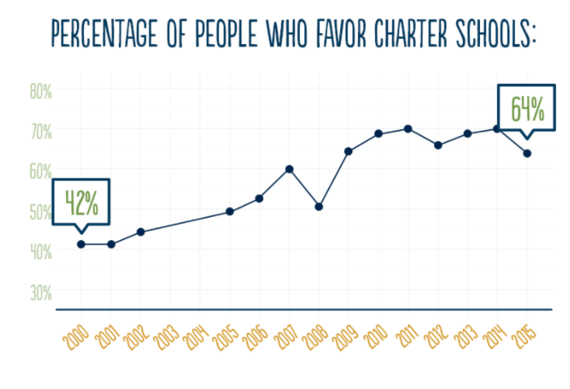 Their support is well founded: Research demonstrates that in many areas, especially cities, charters fueled significantly higher levels of annual growth in math and reading than nearby traditional public schools.

We also learned that parents think schools should be evaluated based on important measures such as student engagement and sense of hope.

We saw what this looks like firsthand when we visited InspireNOLA this month for their Rally for Educational Excellence in New Orleans. Diamond Moore, one of the nearly 4,000 students who attended, told us that the rally made her realize her "destiny" is "being built now."

The candidates -- and whoever is elected on November 8 -- should take note.

Despite the fact that education policy is rarely discussed during debates or campaign stops, Americans care deeply. It's time for people in power to listen, and to work with educators and other partners to create more high-quality educational opportunities for our nation's young people.