One hundred years ago, Thomas Watson founded IBM on business beliefs. In 2001, IBM revisited those beliefs with an astounding global process called a Values Jam, (Drawn from 2003 HBR article on IBM), which engaged hundreds of thousands of people in an online conversation. At the time, many of us would think it impossible that a conversation with this many people could even take place.

Fast-forward to today, with IBM under CEO Ginni Rometty, who has been leading the organization since 2012. Imagine a company as large as IBM becoming incredibly agile and sensitive to the changing needs of business, including fast-moving trends in artificial intelligence, cloud computing and cybersecurity. Imagine that an organization this big could become incredibly responsive and efficient. With its DNA so bound to the customer from its very beginning, the company's leadership has taken on one of its largest transformations ever, yet did so while preserving what makes it IBM.

The Journey for Change - Reimagining the way We work

The quest for rapid change at IBM has entered a new dimension as an ongoing driver for success. That includes motivating a workforce of 377,000 people around the world to reimagine the way they work together, and an essential part of that exploration was rethinking employee performance and feedback. Senior Vice President Diane Gherson, took on this profoundly important next step in the transformation of IBM. Her approach was for the company to 'think together' and shift a culture from judging performance once a year to a culture of developing talent. Why should this be so challenging?

It involves people talking with each other through a lens of trust. It involves healthy and frequent feedback so that growth is supported and 'grafted' into how the culture operates every day. Yearly feedback can be perceived as more like punishment than development, and IBM wanted to reverse engineer how feedback is provided so regular conversations about how to learn and grow become a reality. 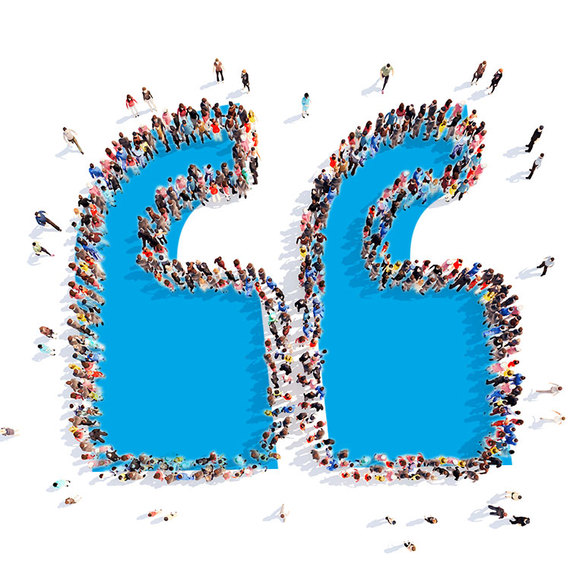 As an expert in the neuroscience of conversations, and the creator of the methodology called Conversational Intelligence®, learning 'how to create a healthy culture through conversations,' is one of the most important skill sets any culture can embody.
By observing and researching thousands of conversations across the globe, we've studied the conversational patterns that create trust and growth in a culture, and those that create fear and distrust. When employees are in a state of fear and distrust, they pull back into protect behavior which closes down a culture and fosters toxic interaction dynamics. Fear festers - and the cultures' level of productivity and performance go down. Employees loose the spirit of partnering for success, and the culture feels toxic.

So my work with Fortune 50 to Fortune 500 companies is not just about the unhealthy patterns, it's about finding companies with healthy patterns and 'making the invisible visible' so they can see what they are doing to elevate conversational intelligence in their organization. The direct hit to the bottom line is incredible.

IBM has become one of the clients that I follow. Because of their size, the challenge of creating a whole company transformation is multiplied - and the failure rate has the potential to be high. Most people would say change at that scale 'couldn't be done.'

Turning around a large company culture is a journey, and rethinking important factors such as performance reviews is important. IBM didn't merely ask HR to come up with a program. Rather, HR decided to co-create a program with the workforce in a matter of a few months. Many people would say, "It couldn't be done!" Well - here's how IBM launched their journey through a process I call Co-creating Conversations®.

THE JOURNEY of Co-creating Conversations

Last year, IBM decided it needed to change how people in the company gave and received feedback. For about a decade IBM had a performance review system that used year-end ratings to capture the essence of 12 months into a one-time event. It was right for its time, but given the way people work today, with ever-changing projects and priorities, the process was ripe for change.

Rather than trying to improve the end-of-year process, the team chose to redesign the whole experience by engaging the organization in Co-creating Conversations. That means inviting the workforce to partner in the creation of a performance approach, called Checkpoint that would respond to needs of employees.

Imagine what it would be like to bring all of these people into the same conversation - most of us wouldn't even consider it - our minds cannot get around what it would take. Our bodies can feel an Amygdala Hijack just thinking about how 'anxiety producing' or how fear-laden this exercise in inclusion might be. We can easily experience the challenges in our minds and nix the project before we even start. But Performance Management Director Michelle Rzepnicki and her team had just the opposite reaction - they felt super charged by the possibility of hearing, listening to and being inspired by the ideas of all of IBM to shape and craft an experience built for employees, by employees.

"We set out to change things," Michelle said, "and we had a very deliberate and thoughtful design strategy. Here is what our plan looked like:

• "We wanted to co-create the new approach with the workforce, harnessing the passion they have for our company and ensuring our design would resonate across the world, with many types of job roles and work environments.

•"We focused on designing the total experience for end users -- our employees. Once we knew the experience we wanted to deliver, decisions about the process and tools were easier to make.

•"We kicked it off with a two-week dialogue, where every employee was invited to contribute their ideas and opinions about performance reviews and feedback via our internal social media channels. We sifted through many thousands of comments using advanced analytics, and we created a prototype for employees to evaluate. We continued this cycle of feedback-analysis-iteration over the course of four months.

• "While the entire workforce had a chance to contribute, there were places where digital participation was lagging. So we conducted roundtables to validate ideas and ensure we had perspective from every corner of the company."

The program launched across the global workforce on February 1, 2016, and sentiment analysis indicated over 90% positive reaction. IBM continued to listen and engage with workforce, and employees continue to contribute their ideas on how they can make the program even better moving forward.

A surprising change occurred during the design process. Employees around the globe weighed in to help create a new definition for what feedback was. Rather than being focused on evaluation, employees were framing 'feedback' as important insights that help them improve their performance and understanding of the company's strategy. This shift evolves feedback to something people crave rather than fear. Feedback was a path to success.

Changing the definition of 'feedback' changes everything. The word itself creates a new 'feeling' in people - one that activates a new chemistry in their brain - one that lowers cortisol, the fear hormone, and instead elevates Dopamine, Serotonin and Oxytocin - hormones that make us happy, and give us an 'appetite' for more!

Quality Feedback is becoming a new target for IBM. People are speaking up, they are helping shape what and how feedback is given, and the Ripple Effect throughout the company has been beyond expectation. What's happening new in behaviors is that IBMers are becoming more vested in helping each other. They are working together to create the framework for growth; they have an experience of partnering and of shared success, of everyone being open to listen and grow together, and the journey continues...

With an ExperiMentors Mindset, an organization takes on a big challenge - one, which many would say, is impossible and can't be done. Few of us can envision 'one conversation' taking place in such a short amount of time with so many employees. Once we say to ourselves it's not possible to do - we don't even try.

Instead, IBM raised the first big conversational challenge in 2001 and discovered how to turn their experiment into eye-opening ways to make conversations with hundreds of thousands of employees a reality. With Checkpoint, once they started the design they honed it and made it part of their DNA. They are still in the ExperiMentors state of mind - with each step forward, they experiment and discover better ways to connect employee and co-create! And when people co-create 'great music plays!'

Judith E. Glaser is CEO of Benchmark Communications, Inc. and Chairman of The Creating WE Institute. She is an Organizational Anthropologist, and consults to Fortune 500 Companies. Judith is the author of Conversational Intelligence: How Great Leaders Build Trust and Get Extraordinary Results (Bibliomotion) Visit www.conversationalintelligence.com; jeglaser@creatingwe.com, 212-307-4386