All aspiring pitch invaders take note: You're likely too old and almost certainly not adorable enough to succeed in your chosen endeavor.

In what should be the new standard for rushing the field, one young fan in South Africa shared an incredible moment with Neymar and the Brazilian soccer team at Soccer City stadium in Soweto on Wednesday. The child somehow made his way onto the field at the end of Brazil's 5-0 win over South Africa. He was eventually wrangled by security guards but not before Neymar noticed the commotion. Perhaps feeling especially happy after netting a hat trick in the friendly, the 22-year-old superstar scooped up the fan and brought him over to his meet his teammates. 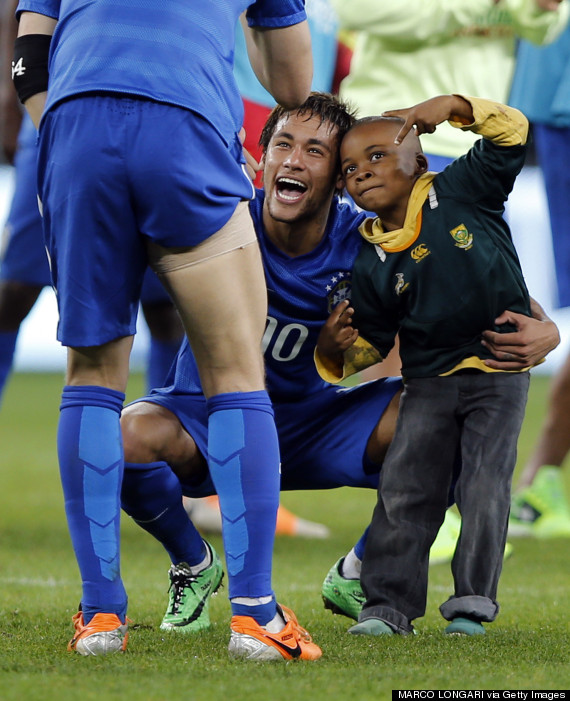 Not only did this young interloper manage to take an amazing picture with Neymar but he also got himself hoisted into the air by an entire group of Brazilian players. The group of international soccer stars seemed to be having nearly as much fun as the kid they were feting. 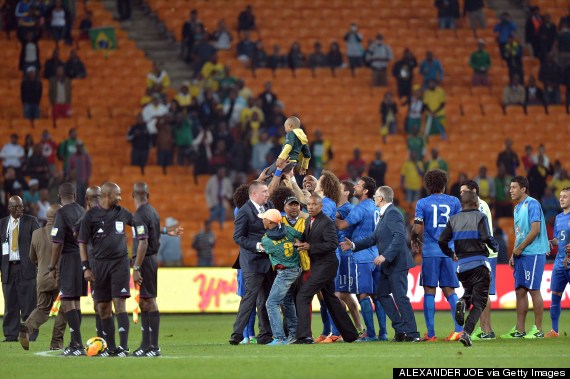 With this pint-sized fan already having reached the players, security officials seemed to have halted the advance of someone slightly older.