Hey pup, can we see your license and registration?

A video recently uploaded to YouTube features a Oliver, a 1-year-old from Lake Forest, California, being steered around in a stylish little remote-controlled convertible by an unusual chauffeur -- Daisy, a 6-year-old Maltese Chihuahua mix. While Daisy may not be the best ﻿driver you've ever seen, she sure is the cutest!

Watch as the pooch's paws move the steering wheel, slowing shifting the car to different directions. It doesn't look like the two have a specific destination in mind but it's cool. Be young and free! See where the world takes you!

Jessica Wolf, Oliver's mom, told the BuzzFeed News that when she saw the pup climb into the driver's seat, she knew she had to catch the action on camera. And while Oliver wasn't exactly sure what was going on when Daisy took control, he ended up being pretty chill with it. After all, sometimes ya just gotta trust your BFF.

Though it looks like Daisy's completely in charge of the car, Wolf is actually using a remote to accelerate and stop the car, according to the video's description. She told BuzzFeed News that she kept a close eye on the traveling pair and corrected the car's direction with the remote. 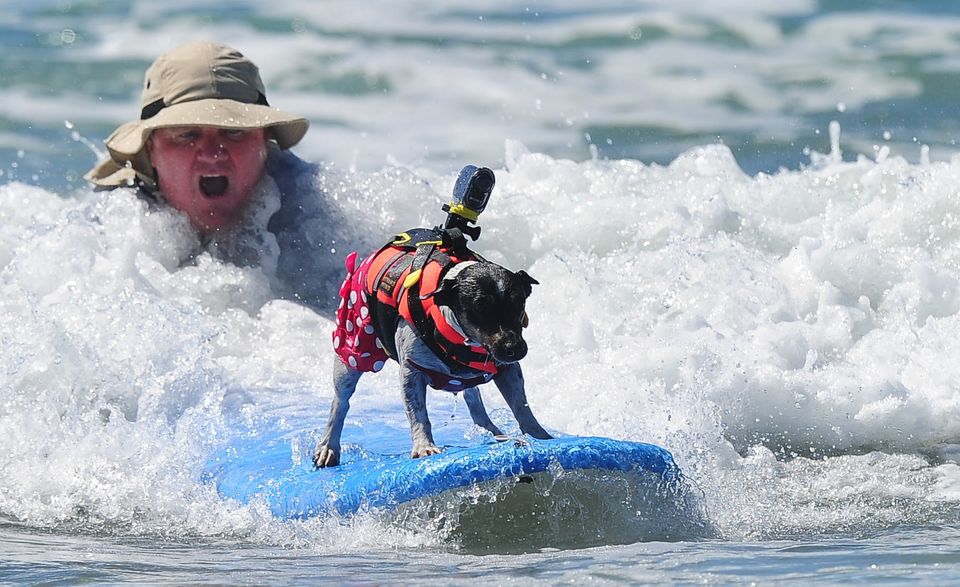