Greeks have an expression to describe a useless exercise -- "to make a hole in the water." Since the election of January 2015, Greek Prime Minister Tsipras has made two such holes. The first was to call a referendum whose results he would ignore. The second was to call new elections to achieve the same result as had already been achieved in January. Not quite a hole in the water. Not exactly without any significant result.

Sunday's election was unnecessary because after the defection of Syriza's left-wing faction, a new majority could have been put together out of the existing parliament without calling for fresh elections. Nevertheless Prime Minister Tsipras went to the polls, and in the process, Golden Dawn increased its representation by two seats. That means the neo-fascist party has two more seats in parliament than it would have had if Tsipras had not called the election in the first place. Why did Tsipras call it? 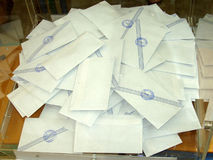 There is a joke in Athens (not a very funny one) that Tsipras asked a psychiatrist to explain his need to constantly ask for public approval. The psychiatrist's diagnosis was not reported -- the joke was in the question itself. (I said it wasn't funny.) But I could have made a diagnosis myself and saved Tsipras the cost of the psychiatrist's fee. The cause is narcissism. We have a prime minister who loves the sound of his own voice, loves the image of himself campaigning.

In his victory speech, he said, "Tomorrow we roll up our sleeves and get to work." Coming from him that was rich. As he said it, his cuff-linked sleeves were rolled up to well below the elbow. That is how I have found managers do it, and anyone else who is intent on looking stylish rather than on getting anything done. These are people who do not intend to work but who like to look as though they are working.

Tsipras certainly didn't stay up late writing his victory speech. He said nothing in it that he hadn't said before, either campaigning for the no vote in the referendum this summer, or in the election of January 25. Whatever the occasion, his speech is always the same. We heard it in May and June 2012, and though it lacked substance even then, it could be justified by the fact that it was delivered by a new voice, speaking against the austerity policies which had demonstrably failed to bring Greece out of the crisis. Since then what happened? Tsipras did not strike down the German Goliath--we can't fault him for that. And in the process, he showed his mettle, or lack of it, throwing his finance minister to the wolves, then signing a worse memorandum than the one he had vowed to reject. Maybe we can't hang him for that either, but why does he continually seek our approval?

Greeks have to go to their birth city or village to vote. The system is archaic but traditional. Three times this year I traveled to the island of Syros where I come from. That's all right for me--I can afford it. But what about people who can 't afford to travel--don't even take a vacation--the people Tsipras says he cares about? Earlier this year at the time of the referendum, I wrote about a young woman who works in a restaurant in my neighborhood in Athens. She lives in Epirus, and every time there's a new call, for an election, or referendum, she has to go to Ioannina in Epirus. If she went went again this weekend, as I suspect she did, it was at a cost that was certainly not much less than 100 euros x 3 = 300 euros she spent during the year. And while she was making the round-trip bus-ride of almost 12 hours-- she has a big white dog that she has to take with her---Tsipras couldn't even write a new speech to give in case he won? He says we must roll up our sleeves and get to work. But does that include him? In any case, he doesn't roll his sleeves up very far.

I just had a horrible thought. The narcissists are taking over politics. Look at Donald Trump in the United States. Tsipras is a Donald Trump in leftist clothing. And while we're at it, let's compare their speeches. Of the two of them, whether you agree with what Trump says or not, at least, it's not the same thing he said last time.

Ex-finance minister Varoufakis is out of the picture for the moment. He did not even run for parliament. And the decrease in support for the conservative New Democracy portends something ominous. Despite some disillusionment with Tsipras's slap-dash approach to politics, the New Democracy Party still lost support. It seems people will not go for a return to the old parties whatever Syriza does. The only winners are the Golden Dawn.