We love hilarious letters from children almost as much as we love funny end-of-year lists (are you sick of those yet?) so we were happy to catch this gem this morning from Redditer StephenK. Stephen wrote on Reddit:

We totally agree. When we think child's birthday card, we don't typically think "best way to educate people about the devil," but that's just us. Maybe she considered her present to be salvation? 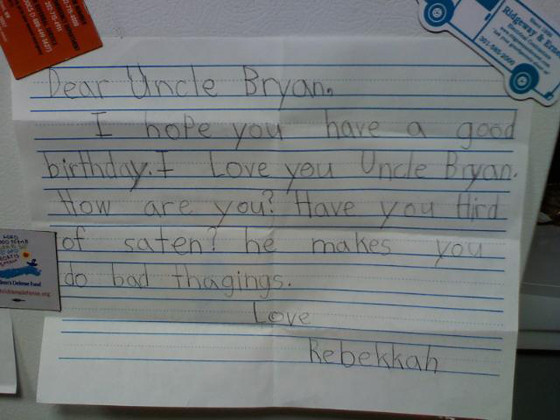