The following is an excerpt from The Art of Disney's Golden Books [Disney Editions, $35.00], in which a number of art directors behind contemporary animated films discuss the ways Little Golden Books have inspired their work.

The Little Golden Books helped teach generations of children to read. The small size, recognizable format, simple stories, and vivid illustrations made them appealing to children during their preschool and kindergarten years. Hearing them read aloud over and over provided de facto reading lessons and stimulated an interest in reading. Because the books were small, easy to handle, and brightly colored, they gave children a sense of ownership that was hard to feel for larger, heavier tomes.

“You didn’t feel you had to ask your parents to read one to you, like a bigger book: they were for you,” says Glen Keane, who animated the characters Beast and Aladdin. “I enjoyed the Little Golden Books long before I could read the words. I just followed the images.”

The illustrations offered artistic children a visual stimulus other books rarely offered. Beauty and the Beast producer Don Hahn adds, “I never was a big reader; what I liked about the Golden Books was the pictures. A lot of times I would read them without reading them. I wouldn’t even look at the words: it was the drawings that interested me.”

“One reason I gravitated toward the Golden Books was [that] I loved to draw while I read,” Pixar effects artist Andy Jimenez remembers. “I started drawing in the books—adding my own little characters and stories. So I remember them as being very interactive.” 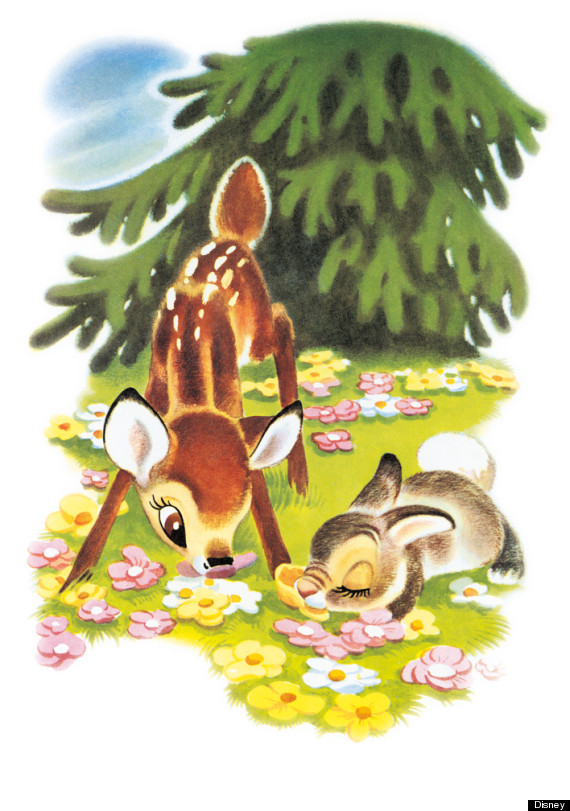 The appeal of the illustrations transcended national boundaries. Carlos Grangel, who designed the puppets for Tim Burton’s Corpse Bride, remembers having Golden Books as a boy in Barcelona, Spain, that he was given “for the illustrations—I didn’t know English yet.” Spanish artist Lorelay Bove, who illustrated The Princess and the Frog, recalls, “My mom would buy them and add subtitles, translating them into Spanish for us.”

The son of Korean immigrants, Pixar director Peter Sohn recalls, “I grew up in a grocery store; my father and mother worked a lot of the time. In the evening, my mother would try to teach me English by reading to me. A lot of the Golden Books were visual experiences: she couldn’t read the language, so she would make up stories from the pictures.”

All children like to draw, but many talented children who grew up to work in the animation industry were fascinated by the illustrations in their Little Golden Books. The books stimulated their imaginations, encouraging them to draw, often by copying the images in their books.

"Wreck-It Ralph" art director Ian Gooding says, “The cover of my copy of Bambi has deep impressions all around the characters because I’d put tracing paper over it and draw them. I must have tried twenty times to paint that thing. You looked at the Disney books over and over.”

“The illustrations in the Disney Golden Books were more difficult to copy than stills from the film because the characters in the films usually had outlines and flat paint: that’s easier to imitate than something shaded and done in watercolor,” adds Andreas Deja, who animated Scar and Lilo. “It took more effort and time to learn from those illustrations than from standard stills. But I enjoyed it very much.”

As Deja notes, the deceptive simplicity of the gouache and watercolor paintings in the books was difficult to imitate. But
"Beauty and the Beast" art director Brian McEntee explains, “While I was learning to read, I was also learning to see: I was learning the symbolic language of visuals. The Golden Books were teaching me both at the same time, which I think is their real strength. The animals in Bambi or The Tawny Scrawny Lion are not photo-realistic. But no kid is going to tell you, ‘That’s not a deer’ or ‘That doesn’t look like a lion.’ The Golden Books taught me to observe things. When I would draw, I would see things differently than I would have without those books.”

“The Golden Books were my first big influences. The characters were so simple and the shapes were so strong in the illustrations: they struck you in a way a lot of other books didn’t,” adds "Toy Story 2" co-director director Ash Brannon. “That design influence stays with you. I saw things in these books I later learned make good design.”