I consider life to be truly remarkable when an event that started out as a coincidence, turns into destiny. At least that's what happened to photographer Andy Seliverstoff.

Andy has always had a passion and love for dogs, especially large breeds, and got his first dog, a Saint Bernard, over 25 years ago. After the dog passed away, Andy couldn't imagine life without another 4-legged companion, which is how he ended up with his first Great Dane. Together they started taking part in and photographing dog shows first in Europe, then around the world. This new found hobby grew quickly, and before Andy knew it, more than 10 years had flown by.

Then in Summer 2016, the coincidence occurred. Good friends of Andy asked if he would professionally photograph their 2-year old daughter, Alice. Andy agreed, and they decided to conduct the shoot in a well known park. As it just so happened the couple also brought along their Great Dane, Sean, who ended up becoming part of the photo shoot. 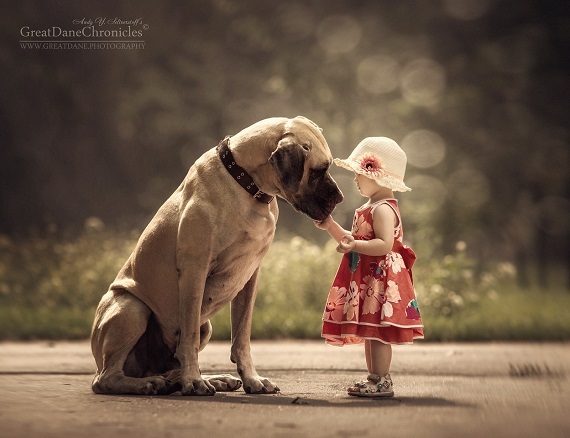 On a separate occasion, Andy photographed another friend's gentle and sociable Newfoundland Dog, Ringo, with the strong desire to capture the communication between children and dogs. 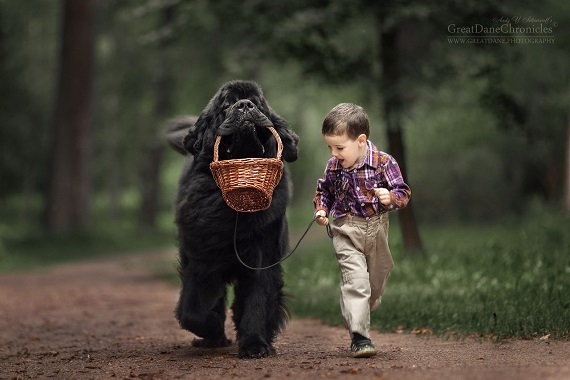 After the two photo shoots with Alice and Sean, Fedor and Ringo, Andy decided to post the photos on his Facebook page. What he wasn't prepared for was the astounding and touching reaction that came from his audience. Friends and strangers both loved the photos, and appreciation quickly turned into requests. It was then that Andy realized that such a small coincidence had turned into destiny, and decided to continue his new project, Little Kids and Their Big Dogs.

Photographing children, especially children so young, comes with it's own unique set of challenges that have to be cleverly overcome. For example, when Andy was asked to photograph Alexandra and her harlequin Great Dane, he and her mother were both struggling to find ways to calm the capricious 2-year old. As it just so happened, Alexandra loved to play with electronics, and when her mother handed her a small compact camera, she started playing the game "photographer" taking pictures of her dog as the model. It was then that Andy went to work to capture these energetic, intriguing, and interactive moments of fun between dog and child. 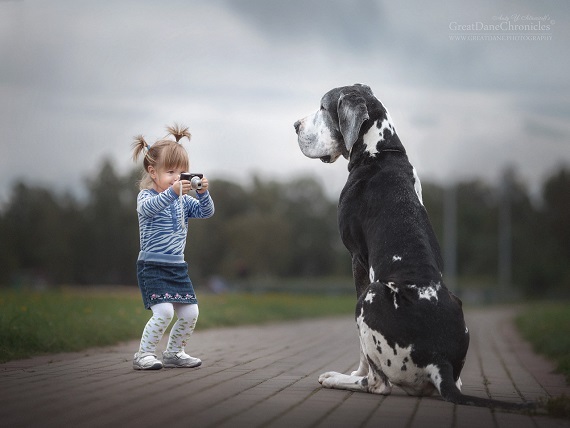 As the series continued to grow, Andy chose to start varying his approach. 3-year old Lisa and 4 Leonberger Dogs was the first session where more than one dog took part. 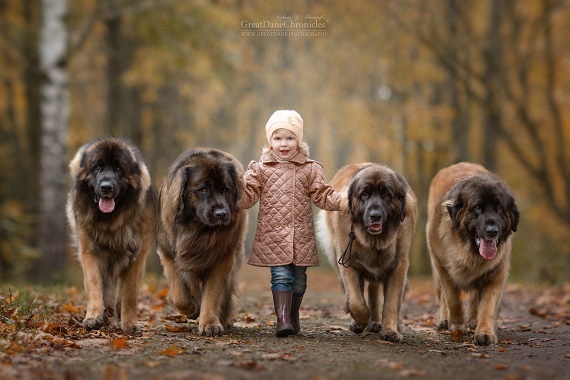 Andy also conducted action shoots to again capture the communication, love, and joy between children and animals while playing sports. 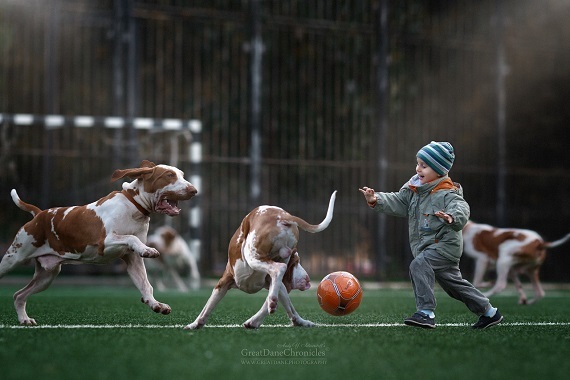 I first came across these photos on Facebook, and as a dog owner, instantly fell in love with their beauty and eloquent innocence. Curious to know more about the photographer and inspiration behind these photos, Petopia contacted Andy for an interview.

"The main priority for this photography series wasn't just to make a beautiful photo, but to achieve and show communication and condition of contact between child and animal."

Andy recalled the exact date that the series began, 24 July, 2016. The locations for the photo shoots are all natural places where the models usually walk with their dogs. In the future Andy would love to photograph a Komondor, which is a Hungarian sheepdog, but also many more large breeds. He is, however, cautious about photographing Terrier breeds with children, unless the child grew up with the dog. A common re-occurrence Andy is noticing is that families do not often introduce large breed dogs when they have small children, the exception being that the child was born into a family that already had a large breed dog. More often then not the children have grown up and moved away when the dogs join the family. So in these cases where owners still would like to participate in the series and request to have a photo shoot, they are instead bringing their grandchildren or children of friends and acquaintances, and therefore the dogs and children are already familiar. 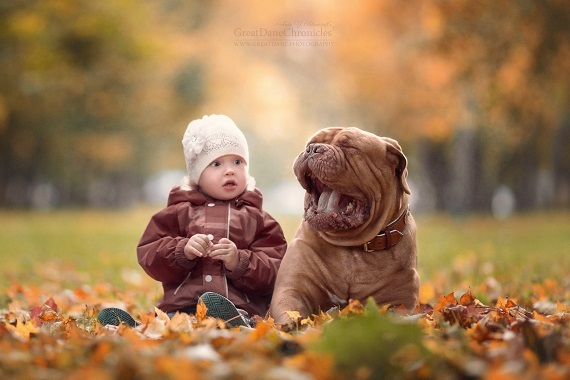 Andy is still in the beginning stages of this new chapter in his life, and is excited about the prospects to come. Click here to continue reading on Petopia's blog, Zoe's Couch