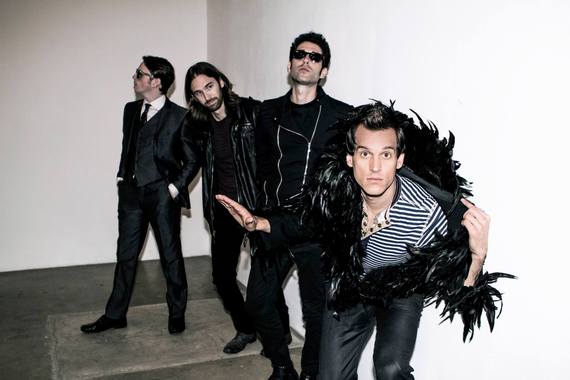 While watching sports on ESPN, you might have noticed a catchy little tune promoting either the U.S. Open, Major League Baseball or the NFL. The song, "NY Anthem" is not by Carrie Underwood or Faith Hill, but by a band new to the music scene called Faulkner.

Until recently, Faulkner was a bi-coastal band featuring Lucas Asher, guitar player and lyricist from NYC; along with California native Eric Scullin as the producer and instrumentalist. They sprinkled in a little international vibe for good measure with bassist Dimitri Farougias from Greece and their drummer, Christian Hogan, who is Canadian.

It's surprising a band spread so far apart could pull it together enough to write a song. However, they did that and more. On a whim, they contacted RZA from Wu-Tang Clan, showed him the song and things have been full speed ahead ever since.

I recently caught up with them to find out what it's like gaining so much attention (sans a label might I add) in such a little amount of time. 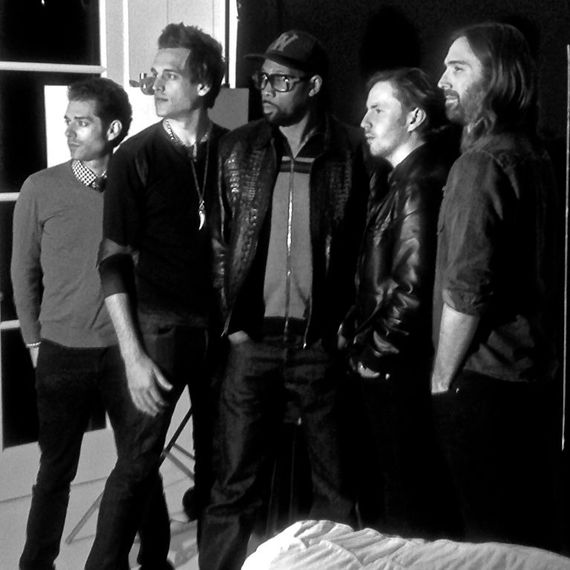 You've been able to accomplish some pretty amazing things without support from a label. What advice would you give to artists trying to break into the music industry?

We wish there was a recipe to give out but there isn't. Just be resilient, be able to adapt and be persistent with your goals and dreams.

When you reached out to RZA with "NY Anthem", did you expect him to respond as he did and for the song to gain as much momentum as it has?

It took him a while before he got back to us but when he did he was just as excited to get in the studio with us as we were him. He brought an open mind, great energy and he dropped decades of experience and wisdom on us.

Who were your musical influences growing up?

How would you describe your upcoming album and what were your influences for the tracks?
It's raw, it's subversive, it's honest, it's weird, it's pop, it's punk and hip hop. At our last NY show a member in the audience came up to us and said that we sound like The Clash with Dr. Dre on the producer's chair and David Bowie arranging the whole thing. We were not mad at that...

What other artists would you want to work with?
Yeezus. He broke major ground and barriers by sonically going to places no one else would dare explore.

I heard you will be performing at the world famous Troubadour in West Hollywood. Nervous?

What is the one thing you want people to know about Faulkner?

We stick together no matter what. The word "no" means nothing to us and we just won't stop making music.

If you are in the Los Angeles area, make sure to catch Faulkner at the Troubadour on August 26th.

us openMLBESPNMusicNFL
Go To Homepage