The Little League World Series ended on Sunday, with Japan beating the U.S. 18-11 in a wild 29-run affair in Williamsport, Pennsylvania.

After finding themselves down 10-2 to the Lewisberry, Pennsylvania, team by the first inning, Japan seemed doomed.

Faced with a massive deficit, Japanese manager Junji Hidaka was able to inspire some belief in his kids, telling ESPN, "I told the players it doesn't end until it ends." Over the next two innings, Japan chipped away at the lead, demonstrating extraordinary resilence in mounting a 22-hit comeback.

From there, Japan never relinquished the lead, outscoring the U.S. 5-1 for the rest of the game. After coming on in the second inning, pitcher Nobuyuki Kawashima mowed down U.S. hitters, only allowing one run and two hits over the final five innings.

"Today my fastball wasn't going fast enough," Kawashima told ESPN. "I knew my breaking ball had to be on the corner, down low, where the batters can't reach too far or it just gets them off-balance."

While Kawashima's pitching was critical in stopping the bleeding for Japan, it was the bats of both teams that made history on Sunday. Their 29 combined runs broke a Little League World Series championship game record that had stood since 1947, according to ESPN.

Let's not forget, though -- this is what the Little League World Series is all about: 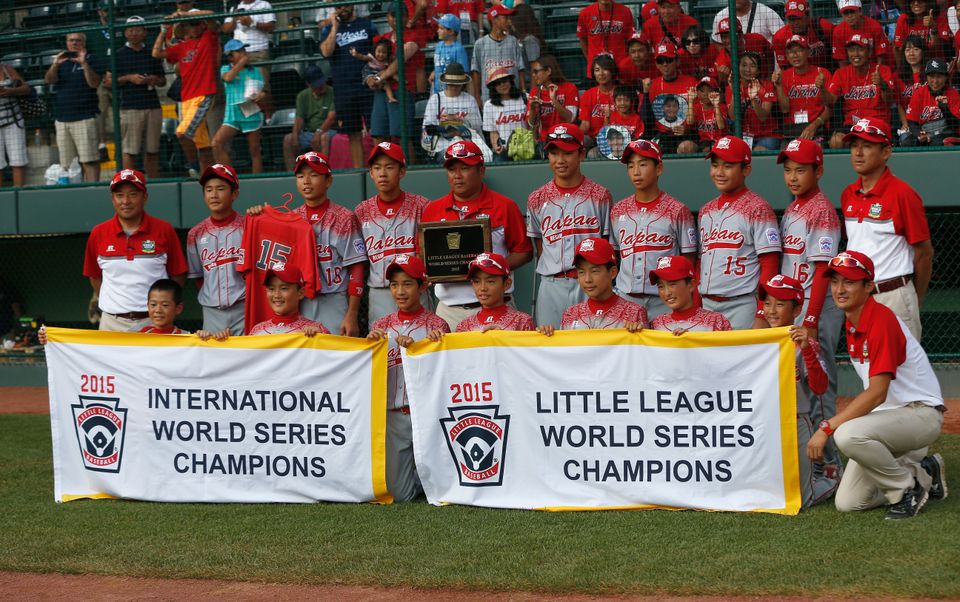