If you were a child of the '90s -- or a parent or grandparent-- you probably know what movie we're referencing. In 1994, "The Little Rascals" introduced a younger generation to a group of seven-year-old "womun" haters who refused to play nice with girls. After all, they did have cooties.

Based on the famed "Our Gang" series of short films -- which aired on television under the name "Little Rascals" -- the family comedy focused on how things started to change for the He-Man Women Hater's Club when Alfalfa (Bug Hall), club member and best friend to president Spanky (Travis Tedford), got a girlfriend (Brittany Ashton Holmes).

Alfalfa may have gotten more screen time (and one of the most memorable hairdos in movie history), but the other rascals -- Buckwheat (Ross Bagley), Stymie (Kevin Jamal Woods), Froggy (Jordan Warkol), Porky (Zachary Mabry) and Uh Huh (Courtland Mead) -- gave the film its undeniable charm.

So what do the members of the He-Man "Womun" Hater’s Club look like now? Look below to find out. [h/t Reddit.] 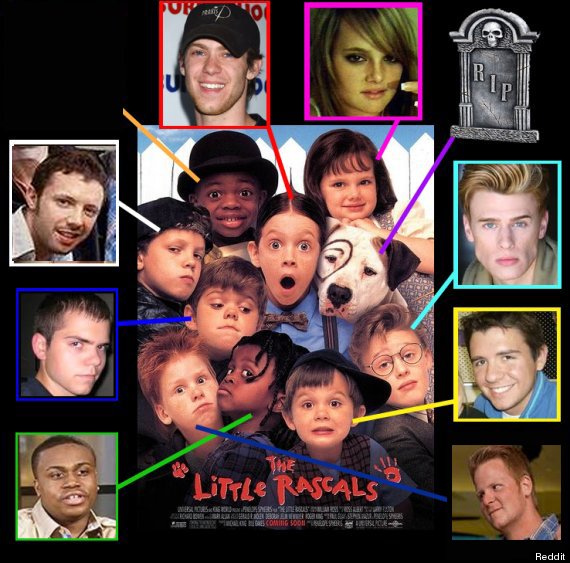 PHOTOS: Child stars, all grown up.

PHOTO GALLERY
Child Stars: From Mild To Wild
Download
Calling all HuffPost superfans!
Sign up for membership to become a founding member and help shape HuffPost's next chapter
Join HuffPost