Where's Waldo is for amateurs; now it's all about Where's Liu.

Liu Bolin is quite the chameleon. Whether standing in front of a grocery store aisle or a Missoni textile he can completely disappear within them, becoming one with his setting. He is photography's real-life invisible man.

Liu camouflages himself for as long as it takes him to get the perfect shot... sometimes up to 10 hours. His subject matter encompasses everything from protesting the Chinese government (who destroyed a Beijing artist village in 2005) to the latest high fashion designers. Liu's commitment to his performance-photography is astounding; talk about an artist getting lost in his work.

We asked Liu some questions about his incredible craft:

HP: What first inspired you to create your current series?

LB: After I graduated from school, for a long time I had no family, no job, no love in my life. During those 4 years without love and income, I felt I had been dumped by this society; I had no position in this society. I am meaningless in this environment. This is the emotional reason. The spark was on Nov. 16, 2005: Suojia Village, which had been named as the biggest living area for artists in Asia, was forced to be demolished by the government. I was there at that time, so I started to do this series, against the atrocity of the government. I wanted to use my works to show that the state of the artists in society and their living places had not been protected.

HP: You have disappeared into many different settings, from street life to political imagery to high fashion textiles. Is there a connection between all of these diverse sites?

LB: When I started making Hiding in the City, my work was saturated with my struggle and questionings of my own fate. I asked myself: Why did my fate become the way it is? Digesting into this particular Chinese environment, every one of my works are in question of my existence; using them as a media to record the development of China, thinking on social issues into my work years.

As I was questioning, I found that the social forms of our existence contain many of the negativities of human characteristics and the entirety of mankind face similar issues and problems regarding life and ideology. While I was shooting this series, I was also expressing the path of my survival. When I did the shoots for the Magazine Rack images in June 2011 in New York and April 2011 in Paris, I hid in newspapers and magazines from various times: different celebrities, texts, events, wars, and international affairs.  In different languages and cultural framework do we have a different path of survival, and does this affect the "food supply" of the human mind? However compelling these titles and events are, they supply our brains and become a part of our memories. In this way, we actually become our own consumption.

The scenes I selected in foreign countries are to question the interaction between humans and the environment. I use my body to send a message: all humans will dispel their own creations in the end. 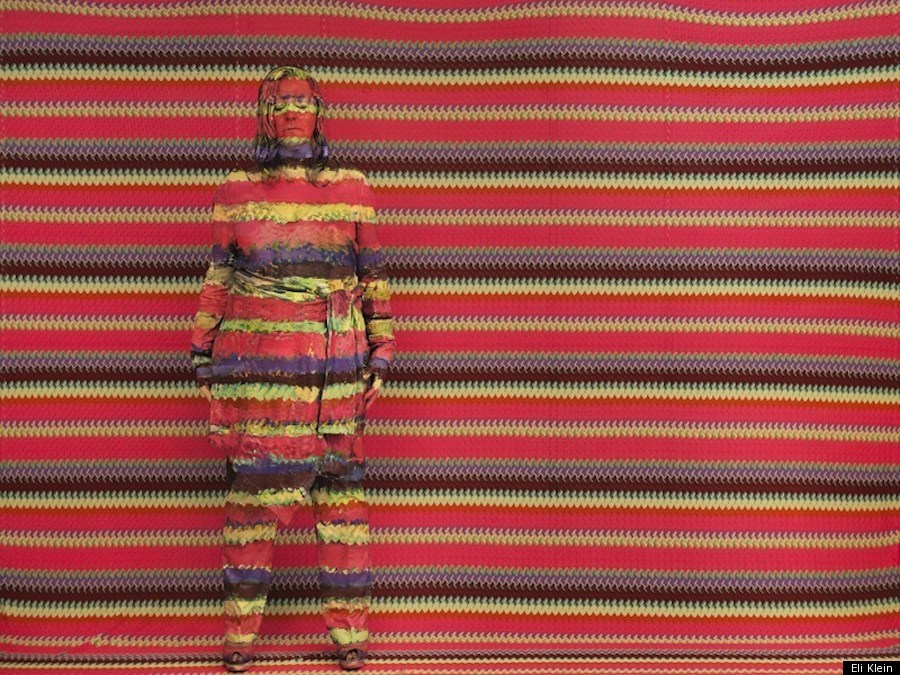 HP: Do you consider these works self portraits? Do you connect into the scenes you disappear in?

LB: The background is the most important element in my work. I hide myself in locations carrying a deeper level of societal issues and human culture behind the modern world we developed. Normally I'm the figure in my photo, but at the same time, it could be any one of us. I expose the most private thinking within everyone.

HP: What particular piece of art has inspired you?

LB: For contemporary Chinese Art, especially in the 1980’s, various trends came from the West. After twenty years of digestion and absorption, the outlook and confidence of Chinese art has gradually formed into shape. I don't like the traditional Chinese charm and atmosphere; rather I prefer works that closely relate to social profile. The artists I used to like are Picasso and Andy Warhol as they both are very clever artists. They both showed their artistic wisdom through expressing societal development and human survival issues through their works, I was impressed.

Check out the following slideshow and see if you can spot Liu. 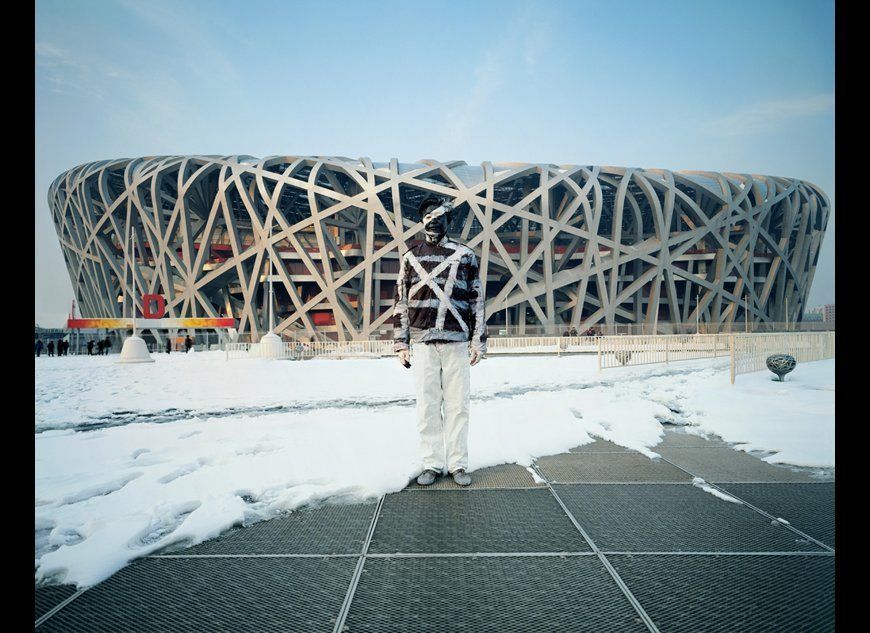