If the twenty-something woman strumming an acoustic guitar on the corner of 4th and Congress was singing for her supper Thursday, she undoubtedly went home hungry that night.

On the eve of the 11th Austin City Limits Music Festival, the hipsters and self-proclaimed music experts were frequenting clubs such as Swift's Attic down the street or the Belmont a couple of blocks away. The slight singer was unnoticed yet undeterred, a plaintive voice in the night performing "Goodnight, Irene" for probably the umpteenth time that day.

They might as well call it the Lonely Star State.

Who knows if she made her way into Zilker Park 14 hours later, when Megan McCormick kicked off the festival at 11:15 Friday morning before a small crowd at the BMI stage. If she did, three days of bands dueling for fans' attention across eight stages in the mammoth park would have been a source of inspiration -- or perspiration.

PHOTO GALLERY
Who Got Your Motor Running at the 2012 ACL Music Festival?

While a show at the compact Cactus Cafe by Drive-By Truckers frontman Patterson Hood and his Downtown Rumblers was an enjoyable experience the previous night, festival organizers didn't make it easy for the crowds who had to sweat out whether to see AVICII on the west end of the park or the Black Keys on the opposite side.

And that was only during the first night of enduring the heat and the humidity and testy security guards and long lines awaiting shuttle buses going back to the relatively safe haven of Republic Park, within shouting distance of world-renowned Antone's.

With the sun pouring down on Canadian twin sisters Tegan and Sara during their set that began at 4:30 p.m., tiny Sara Quin made it through two songs before saying what everybody else was thinking: "Holy shit, it's hot."

The bitter "So Jealous" followed, and the sister who admitted in our recent interview that, "I hate playing outdoors in the sun. I'm the weakest link in our band," possibly was envious of anyone currently spending time north of the border.

Half-kiddingly, she returned to a very heated subject Friday.

"I'm not gonna lie. I feel like I could go easily into faint mode any second," she said with a smile, minutes after taking off her cute leather jacket. "So if the next thing that happens is that I land on my back and hit my head and I can't say a proper goodbye, I just wanna say thank you very much Austin. I hope I don't go down, but if I do, peace out Austin. Really had a fun time."

Tegan and sarcastic Sara survived Austin and even made it to Mexico City, where they played the Corona Capital Festival two days later.

Meanwhile, ACL Music Festivalgoers endured a heavy mid-afternoon rain that turned parts of the park to slimy mud and tested everyone's patience on Saturday. Customers had to choose between the Whigs and Rufus Wainwright at 2 p.m., Metric and Andrew Bird at 4, the Shins and the Roots at 6 and Jack White and Neil Young with Crazy Horse at 8.

The dangerously adventurous might die trying to catch three songs at one end, then trek through a sea of sweat-soaked bodies for the set closers on the other side, but without a clear passageway or crowd controllers, that would have been an exercise in futility. Acoustic acts on the smaller Austin Ventures stage also were presented with formidable challenges, as Steve Earle was forced to compete with the likes of the Bassnectar house party explosion happening on the massive Honda stage nearby.

At least Father John Misty displayed a sense of humor about it all, dancing to the overpowering sounds of Mississippi rapper Big K.R.I.T., according to the Austin American-Statesman. Even when the festival wrapped each night, the party never stopped, with festive after-shows such as Saturday's at the swanky Belmont, where the Features and Kimbra kept the hard corps wanting more, even if it was nearly midnight.

While Kimbra would make it back to the Bud Light main stage at 12:15 p.m. Sunday, the Saturday rain concerned another first-time ACL performer. Singer-songwriter Lera Lynn wondered during our Saturday afternoon interview if her Sunday set would get wiped out by a thunder and lightning display. But no worries, as clear skies and bearable temperatures worked in her favor.

Lynn, formerly based in Athens, Georgia, but now living in Nashville, even joked about the weather. Following a fun set by youthful New Orleans sextet Royal Teeth, Lynn stepped onto the cozy BMI stage at 2:15 p.m. and said to a cool crowd that had it made in the shade: "The hottest part of the day. And I don't mean because of the sun. ... That's so bad."

By 8:15 p.m., after Iggy and the Stooges impressed the likes of Academy Award-winning actress Natalie Portman, the musical choices narrowed to, appropriately enough, the one and only Red Hot Chili Peppers.

The Bud Light stage was the place to be for Anthony Kiedis, Flea, Chad Smith and most recent addition, guitarist Josh Klinghoffer. Despite a powerful performance that began with "Monarchy of Roses" and "Dani California" in front of a swelling crowd that pushed the meek toward the northeast side portable toilets, the bountiful energy of the recent Rock and Roll Hall of Fame inductees wasn't to everyone's liking.

The mass exodus likely had more to do with kids going back to school the next day and 9-to-5ers needing their full eight-hour beauty sleep. But even if they aren't Austin City slickers, there are still Limits required for the survival of the fittest. 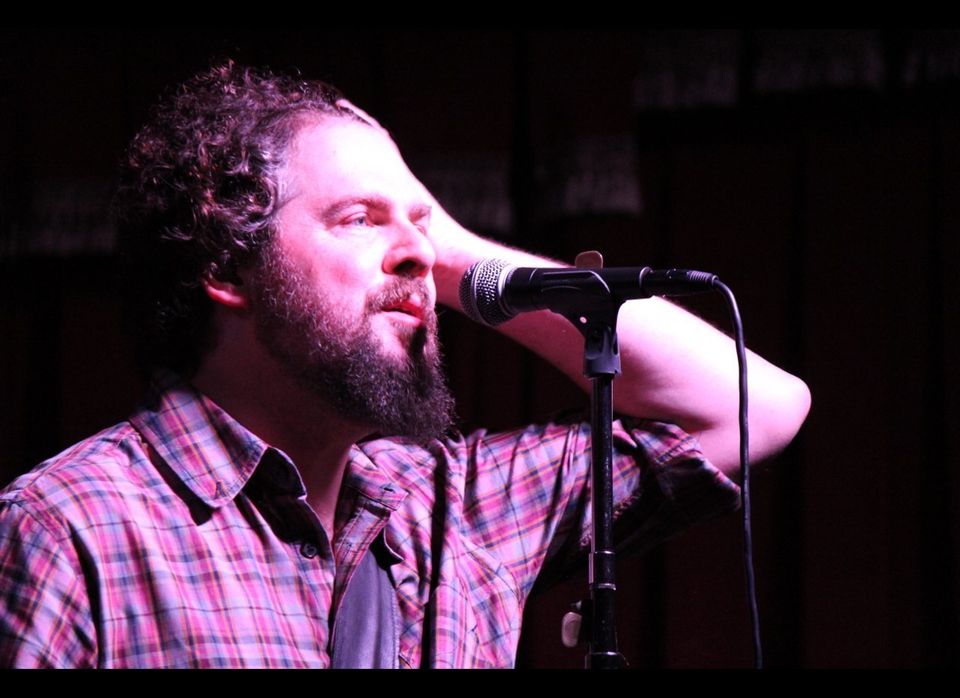 1 / 21
Patterson Hood
The Drive-By Truckers frontman brought his Downtown Rumblers to the Cactus Cafe on October 11, the day before his ACL Music Festival set.