From January 16, 2017 through January 19, 2017, I attended the World Economic Forum (WEF) in Davos, Switzerland. The theme was "Responsive and Responsible Leadership" -- a very timely and much needed topic that created a compelling dialogue among a diverse group of attendees including heads of state, business leaders, celebrities, and media to name a few.

I had the opportunity to join Ogilvy client, CFA Institute CEO and president, Paul Smith, who was attending WEF for the first time. As CFA Institute seeks to lead the investment profession globally by promoting the highest standards of ethics, education and professional excellence, for the ultimate benefit of society, there was clear alignment between its mission and many of the issues of the day at Davos.

Below Paul and I discuss his experience at Davos and the key themes on this year's agenda from immigration and globalization to gender equality and responsible leadership.

JEN: Can you describe your first experience at the World Economic Forum's annual meeting?

It is hard to imagine such an impressive concentration of business leaders, politicians, academics, press and pundits all together in one place until you actually see it for yourself. As a Davos neophyte, I was not sure whether the reality would live up to the hype. I am surprised to say that, for the most part, it does. From early in the morning until well into the night, fascinating conversations, discussions and debates are taking place on topics ranging from the future of banking to the future of the planet.

JEN: What were some of the key issues debated at WEF?

Clearly, there is no shortage of pressing macro issues with which to grapple. The world as we thought we knew it has been upended, with politically assertive China pushing for free trade and globalization whilst the U.S. is appearing to retreat toward isolationism.

Controlled immigration, meanwhile, is now in the ascendency in Europe and elsewhere. However, restricting the free movement of economic migrants, while seeking to repatriate their jobs to wealthy countries is an unsustainable mix of policies. We cannot further impoverish the poor who are seeking to protect their economic situation (or their religious freedom). It is a global issue that cannot, unfortunately, be reconciled over a cup of hot cocoa in a Swiss chalet. But we must think this through or the societal fallout will be significant.

Still, in what has been a discordant year for many of our institutions, it was a rather unexpected and welcome respite to observe Davos delegates engage one another over the big questions of our age, often in an effort to connect what they do back to how it might benefit of society as a whole.

While I have emerged from this immersion in idea interchange optimistic about the future, I cannot help wondering if the liberal establishment has fully reconciled itself to the new world order.

JEN: The issue of gender representation at WEF has been a topic of debate for the past several years. What was your perspective?

It was disappointing to see how male dominated Davos seemed. While I attended two designated 'women's empowerment' events, there was a glaring lack of women participants. If there is an upside to that it is the stark reminder of the work that still needs to be done in the area of diversity.

JEN: Men have historically dominated the financial industry. Is this still the case?

A 2015 Morningstar study found that less than 10% of all U.S. fund managers are women. Males, on the other hand, manage about 74% of mutual fund assets. Harvard Business School has done research showing that women comprise no more than 23% of all employees working in private equity and venture capital. And in 2016 CFA Institute conducted the largest ever study of investment professionals on gender diversity as part of our Women in Investment Management Initiative. The research shows that cognitive diversity improves group performance so firms can help themselves by working to remedy this and this is what we are urging them to do.

JEN: What did you think of this year's theme of "Responsive and Responsible Leadership"?

It may sound lofty but the motto aptly reflects the mood there. People really are thinking through how the interests of society can be served by institutions which are not exactly synonymous with altruism putting the interests of others before their own. If there is a unifying objective among the various voices and agendas here it would seem to be this: we must try our best to ensure that the financial industry ultimately does help everyone in society, from the smallest individual saver to the largest sovereign wealth fund.

Responsible leadership is a theme we at CFA Institute have placed at the center of our agenda for the past several years. And I think it worth noting the unique voice we can bring to this conversation. CFA Institute is a professional organization, not a trade association. The role of a professional body is to act in the service of others before oneself. So we have a clear focus on speaking up for investor protection and free, fair and transparent markets that serve ALL participants, including the end investors. 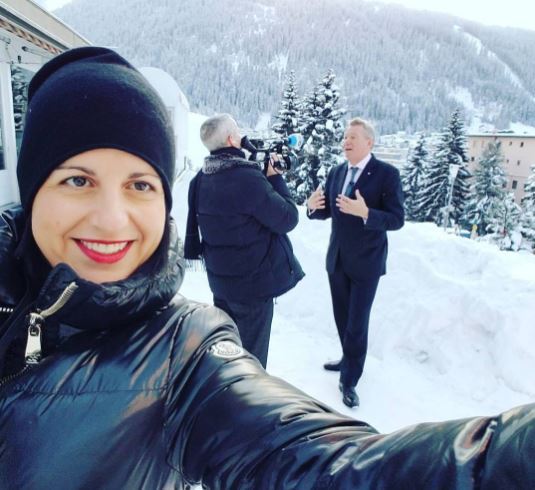