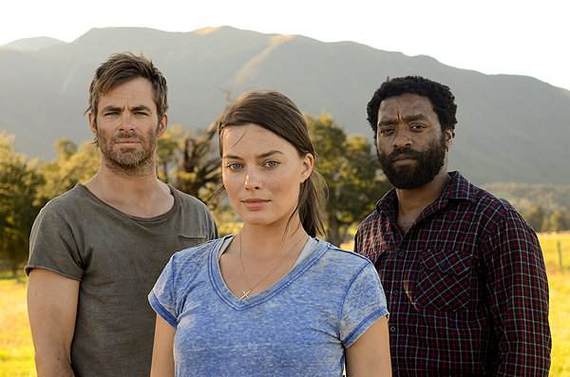 Things change. It's inevitable. The changes at this year's Sundance Film Festival apparently include a flood of press and industry credentials, the only explanation for the ultra-packed P&I screenings.

There also have been changes to the two main hotels that serve as central staging areas: the Marriott that serves as festival headquarters and the Yarrow, which houses a theater and a lot of festival guests. Both apparently have undergone remodeling. As a result, two rustic, homey venues have been redesigned in what can only be described as faux rustic, abstract rustic, Eurotrash rustic. More's the pity.

My day was split between documentaries and dramas, with one very strong one of each.

Craig Zobel's Z for Zachariah is a post -apocalyptic love triangle that is haunting and lovely -- a distinct change of pace from Zobel's last film, the chillingly neon-lit Compliance.

Set in a remote rural valley untouched by an unexplained nuclear holocaust, it features Margot Robbie (Wolf of Wall Street) as what appears to be the lone survivor of the disaster. She is a farm girl who knows how to take care of herself, scavenging the town below (in protective gear) and trying to grow her own food. She has a well with good water, a rifle and a dog for companionship.

One day a stranger in a protective suit comes up the road: John (Chiwetel Ejiofor). Initially frightened of him, Anne saves him from potential death in polluted water and nurses him back to health. She is pleased to discover that he's a mechanical engineer, who not only figures out how to get gas out of a pump without electricity but develops plans to build a water wheel on a nearby waterfall that could generate electricity to power her house.

It's the Garden of Eden, and they begin to slide toward Adam and Eve status -- until Caleb (Chris Pine) wanders into camp. He's not a snake (in fact, he's a God-fearing former coal miner), but he might as well be.

Yet Zobel veers away from the melodramatic toward something more insinuating and, as a result, more gripping. The emotions remain just below the surface, but they are definitely there, thanks to beautifully nuanced turns by the cast of three. The storytelling is subtle; the implications are huge.

Douglas Tirola's Drunk Stoned Brilliant Dead: The Story of the National Lampoon reminds us that what has become an almost-anything-goes strain of humor in pop culture has its roots in an uproariously funny magazine from the early 1970s. Its offspring include films like Animal House and Caddyshack and, eventually, the films of John Hughes and Saturday Night Live.