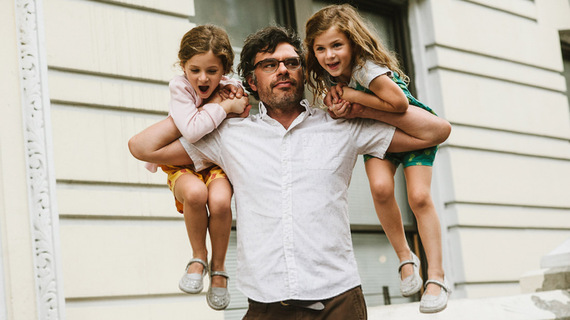 There is plenty to distract you at the Sundance Film Festival, from parties to gifting suites (which journalists are invited to report on but never to actually visit) to other film festivals going on in Park City at the same time. It's a scene, fueled by scene-makers and people who are selling things other than movies.

Indeed, one evening, while standing in line in the tent outside the venue for most of the press screenings, I was approached by someone who said, "Would you like me to clean your glasses?" It was, to say the least, an unusual offer. He turned out to be from Lens Crafters, one of this year's sponsors.

It's also easy to get distracted by all the horse-race coverage of which films were bought and for how much, as though the purchase price (like the weekend box-office take or awards nominations) was a measure of a film's quality.

For me, it's still about the films themselves. I saw five on Tuesday, and a couple of them really stood out.

People Places Things sounds clichéd when you thumbnail it - divorced guy still coping with his split a year later while parenting his kids - but writer-director Jim Strouse finds a new spin, thanks to witty writing and a cast that know how to make it funny without being jokey. It winds up as a sweet/tart tale of surprising freshness.

Strouse's best move was casting Jemaine Clement as Will Henry, a graphic novelist who teaches that artform at the School of Visual Arts. But his life falls part in the film's first scene when, at his twin daughters' 5th birthday party, he catches his wife (Stephanie Allynne) having sex with another man.

Cut to a year later and Will has been exiled from his Brooklyn townhouse to a studio apartment in Astoria. Then his ex informs him that she's going to remarry - and that she's pregnant, to boot. So an invitation from a student (Jessica Williams) to meet her divorced mother (Regina Hall) seems inopportune, though they sort of hit it off.

The film lives and breathes with Clement and his brilliant deadpan. He isn't a manchild but just a man caught in a vortex of confusing feelings. Allynne has a pleasantly ditzy quality - Judy Greer by way of Joan Cusack - that makes Will's attraction and disorientation understandable. He and Hall have interesting chemistry that makes you root for them. This film is that increasingly rare bird: a smart comedy with heart.

Cop Car by Jon Watts is a straightforward rural thriller that starts as dark comedy and ends as tense and adrenalized. Its strength is its simplicity: Two pre-teens in rural Colorado run away from home and, while wandering across pasture land, come across an unoccupied sheriff's car. After sneaking around it (convinced that the officer knows they're runaways and is searching for them), they discover that it is not only unoccupied but has been left with the keys in it.

"Do you know how to drive?" asks one.

"Yeah, Mario Karts," notes the other - and they're off.