For any senior who has cringed at the infamous "Help! I've fallen and I can't get up" ads, there's a new product in store that can take the stigma out of aging, far more discreetly.

"We’ve been looking for something like this for about two years," 72-year-old retiree Gus Kugler told The Huffington Post. "I wanted greater participation by our children in our day-to-day life for safety and security reasons since all our children live at least two states away from us. My daughter spotted it on a local TV station and as soon as I read about it I knew it was what I was looking for." He's referring to Lively. Unlike the well-known Life Alert pendant, Lively is a six-piece emergency alert system. Though it includes the ability to call for emergency help with the press of a button, that isn't its primary use.

Instead, the entire goal of the system is to monitor the user's patterns, looking for things like forgetfulness, unusual eating or hygiene habits or lack of activity. The method is simple. A hub is plugged into the wall, the user puts on the watch and the sensors are placed throughout the home -- on the pillbox, on the refrigerator, a front door, the bathroom shower. The system then looks for any unusual behavior, like repeated missed medication doses or no meals eaten, and alerts the user's children or other caregiver, no matter where they are, if there's a red flag. 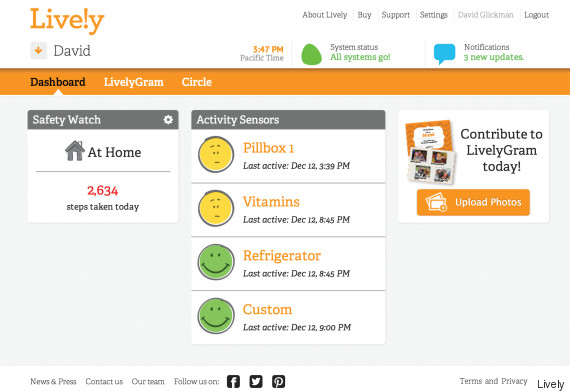 "It's actually brilliant," Kugler, a former engineer, said. "I went after Lively, not because of the watch, but because of the diversity of the activity monitor and the system they have set up, which removes the burden on your family member of monitoring you."

That's precisely what its creators wanted.

"The [emergency] button is only one part of the experience," Lively co-founder David Glickman told The Huffington Post. "The idea was to come out with something that was there for the emergencies and with sensors -- a tool that helps with the prevention side as well as offering peace of mind. If you have an overall sense of things like eating patterns, routine and that sort of thing, then this can change the conversation that happens between adult children and loved ones that have products like this."

For Kugler, that means his kids don't have to check up on him and his wife multiple times a day, asking what Glickman calls "nagging" questions like, "Did you take your medicine?" or "Did you get outside for some exercise today?"

Glickman says it can give children the peace of mind to know their parents are eating well, exercising and taking their medicine -- all without making it seem as though Big Brother is watching.

"The beauty of this is that it's minimally invasive on your privacy," Kugler says. "It's simply reporting that you're going about your normal activities. You don't have a camera looking over your shoulder or anyone listening in. You have the ability to stay independent." His children are all signed up for the system's dashboard online, which shows whether the user is home or not, how many steps they've taken (the watch also doubles as a pedometer and medication reminder) and when each of the sensors was last active. Notifications can be sent by text, email or through the mobile app.

Kugler said Lively has taken a great stress off their shoulders. In the three months that he's been using it in his home, Kugler said he's only had his kids call him in a panic once -- when the watch battery died overnight, sending notifications to his kids. Glickman said the battery is supposed to last anywhere from five to six months.

Kugler, it seems, is pretty happy too. His wife, Georgeann, 70, is severely handicapped, and he also gets peace of mind knowing that if something were to happen to him, his wife wouldn't be left without help for days or hours on end.

Though the system has many advantages, like its choice of colors and stylish design (which Glickman calls "sex appeal), the product isn't yet perfect. At present, the system only works within the home, meaning if a user were to suffer a fall or other emergency while out and about, the notification system wouldn't work. The company hopes to resolve the issue by allowing wearers to be tethered to their smartphones, an upgrade they plan to roll out in the coming weeks.

They're also working on creating new types of sensors to go with things like glucose monitors, scales and more.

But for a $49.95 one-time fee plus a monthly subscription, Kugler says it's well worth it and less expensive than other care options and far less embarrassing.

"We set out to lessen the stigma. If you ask about putting the pendant on parents versus a watch, they will every single time take the watch," Glickman said. "I'd rather have something that comes in 10 different color choices, doesn't have that stigma, doesn't basically telegraph that I'm getting older or frail and has a utility beyond just the button." 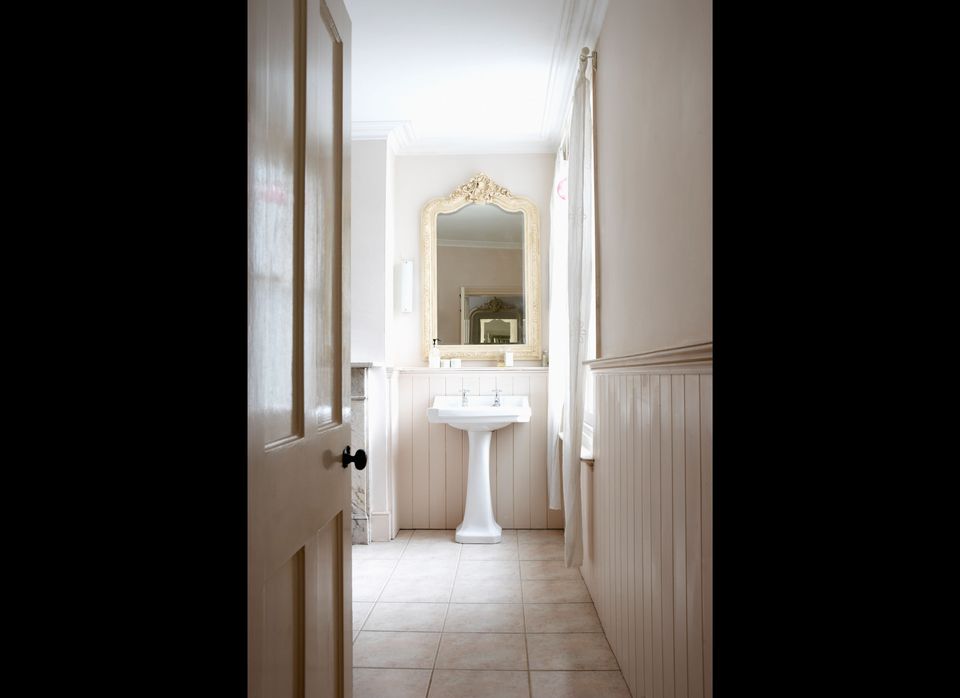