As I write this, it is the fifth anniversary of the passing of one of my best friends, Al D. Rodriguez. It's cliché to say, but in some ways it truly feels like he was with me just yesterday, and in other ways, it feels like a lifetime ago I last heard him say: "Boo, it ain't that deep."

You learn a lot about other people when someone dies. When I told friends Al died, most people asked me if he had AIDS. I guess even in these times when people know someone is a homosexual and that person passes away young, HIV/AIDS immediately springs to mind. When I informed people that he actually died of liver cancer, the reaction was bizarre. You see, liver cancer isn't a glamorous disease. It's associated with drinking. It's one of those cancers (the other being lung cancer) people think you bring on yourself. Except Al never drank. It's not that he was a recovering alcoholic or anything, he just never drank. He developed liver cancer after becoming afflicted with hepatitis. 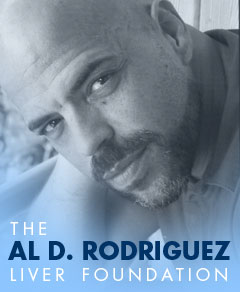 Why did Al die? Of course, everyone who loses someone wonders why that person had to go. Al died the same year my father died from lung cancer -- both were gone around two months after they were first diagnosed. I think a lot about why my father left us; I am fairly sure I will never find an answer. But in Al's case, it is easier to point my finger at someone or something. You see, Al didn't have medical insurance. He went to an overworked clinic doctor who never tested him for hepatitis or checked his liver enzymes. So how was he to know? Other than a passing stomach pain, he was asymptomatic until the night he woke up coughing up blood. By then it was too late.

Al was a great, powerful influence in my life. He was the kind of person who cherished each day. Even when, in my eyes, things were going horribly for him, he always looked on the bright side. He didn't have money? He could charge it. People were screwing with him? He'd get angry, but then he'd let it go. He wasn't having a good day? He'd still come over to make sure I was okay. I called him at all random times of the night to ask him a multitude of questions; he always called me to check in at about 2 a.m. He once called my mother out of the blue to see if they could put their heads together to find me a husband. Seriously. That was somehow appropriate coming from him.

I tell you all of this because I want you all to take a moment to think about your health. Al said to me at intermission of the last show we ever attended together, Passing Strange, that if he survived he wanted to educate people. He wanted people to know the risks associated with hepatitis. He wanted them to know about liver cancer. Five years later, we're still not there. Other friends of his and I founded The Al D. Rodriguez Liver Foundation (ADRLF) in his honor to try to raise awareness about hepatitis and liver cancer. Please go the resource page of our website and learn about these illnesses. Information is a real weapon in this case. You need to know to get screened. You need to know to have your liver enzymes checked -- that is not a typical test; you need to ask for it.

World Hepatitis Day was just a couple of days ago. The World Health Organization (WHO) has called Hepatitis C the "viral time bomb." San Francisco has a SF Hep B Free campaign to raise awareness about these issues and promote screenings and vaccinations. New York City government thus far has not displayed that level of commitment to this cause. They should. Most reports state liver cancer is on the rise and chronic hepatitis is one of its main causes. Please educate yourself. As ADRLF's slogan says: Screen. Vaccinate. Don't Hesitate.