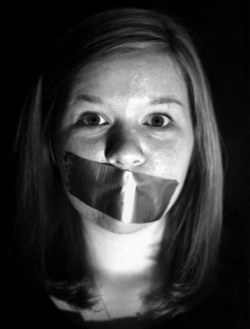 Did you know you're not supposed to say that someone "suffers" from bipolar disorder? Now you have to say someone "lives" with bipolar disorder. That's the new, politically correct rule. Oh yes, because heaven forbid we admit that we're suffering from a disabling illness.

Bipolar Disorder is a Serious Illness that Harms

I Suffer from Bipolar Disorder

So when you talk about suffering -- I absolutely do it every day. Literally, every day, I suffer with the effects of bipolar disorder. If I'm not resting because I'm exhausted, I'm crying because of depression. If I'm not taking medication because of anxiety, I'm using coping tools because my brain is telling me to overreact. If it's not headaches from the medication, it's body aches from the disease. Seriously. Seriously. Seriously. I suffer -- badly -- every, single day.

Moreover, while I'm a writer and I eschew censorship for me, I also decry it for you as well. You should have the right to express how you feel about this illness any way you choose without people jumping down your throat to tell you that their therapist taught them a new, feel-good phrase. I don't care about your verbiage. I really don't. I don't need wordplay to feel better about myself. I just don't. And, honestly, I'm sorry if you do. You are worth considerably more than that.

Now, in all fairness to the political correct nonsense, I do bow to this pressure while in politically-charged arenas, as a general rule. But that doesn't mean I think it's okay and that doesn't mean I think it's fair or right. People with bipolar (or "bipolars" as I have, apparently offendingly, said) have the right to determine how they experience this illness. The only people who insist that you talk about it in a specific way are types who haven't spent a day truly suffering from bipolar in their whole lives. Because, really, if you've ever been a girl crawling through broken glass looking for a sharp enough piece to end her life, you really would know what "suffering" with bipolar is truly like and you wouldn't dare take away someone's right to express it that way.

And excuse me, but when was the last time you heard someone insist that someone "lives with" cancer? People "suffer from" cancer. No doubt about it. And to place bipolar in a different category? Well that helps absolutely no one.

But I Live with Bipolar!

Look, if you insist on saying that you live with bipolar and refuse to say that you suffer from bipolar then that is your right, but don't get on my back about my word choice. I promise, I will allow you to express yourself the way you choose but you need to afford me the same right. Try, for a change, not policing my words and instead understanding the message. Because if you did, you would see that I'm not trying to put down people with bipolar or add to the stigma around bipolar disorder or in any way harm how others view bipolar -- in fact, it is the very opposite. And if I have to pick between watered-down political correctness and an amazing message? I will pick the latter any day.