Sunday, October 16 is World Food Day, and this year's theme is "Climate is changing. Food and agriculture must too." The relationship between agriculture and the environment is the crux of much of Heifer International's work in the field.

Climate change is accelerating, causing longer and deeper droughts, flooding and other disastrous events. Smallholder farmers and their families suffer the effects of climate change more than anyone else. They are the canaries in the coal mine. What are we doing to help them grow the food that will be necessary to feed over 9 billion people in the next 15 to 20 years? Failing to help them now could result not only in future food shortages, but also economic stagnation for the countries most heavily dependent on agricultural productivity.

Livestock plays a key role--one that is perhaps misunderstood and counterintuitive. It turns out that with livestock on these farms, their waste and the food that they eat is very well integrated into a highly productive, highly fertile soil-management system. It allows farms and farmers to be more resilient and resistant to the kind of drought you see all over Asia and Africa.

Climate-smart agriculture needs to include the integration of livestock and agriculture--meaning growing crops for people and forage for animals while returning livestock waste into the soil. Because many smallholder farmers cannot afford quality animals, the donation of livestock, and the training of farmers to take care of animals in a healthy way is a critical piece of development and food security. It involves taking all of these components in an integrated and holistic manner so that soil is resilient and captures water, allowing all these farms to grow abundant food in highly fertile soil, and building continuity and sustainability. The way food is grown across the world absolutely must adapt to changing climate conditions; livestock has a significant role to play in helping farmers become resilient.

Malawi, a country extremely vulnerable to the negative impacts of climate change, currently faces a food and nutrition emergency. Nearly a third of Malawi's farmland is affected by the worst drought in Southern Africa in 25 years. The country remains challenged in building resilient smallholder farmers who can feed the nation, with most agricultural products concentration on monocrop farming with little or no livestock.

The Government of Malawi has included climate-resilience and livelihood development in its Food Insecurity Response plan. Addressing both the immediate and long-terms needs during this crisis will strengthen smallholder farmers' abilities to adapt to climate change, which will help them manage through future droughts or other climate-related crises, thereby strengthening the food security of the country.

Farmers in Malawi using integrated farming approaches, in which crop and livestock farming mutually reinforce each other, including conservation agriculture, forest management, appropriate irrigation and the use of sustainable, efficient energy sources are withstanding the current drought caused by El Nino better than many of their peers. Kelvin Haji in Thyolo district and Chrissy Charles in Dowa district, are doing more than just surviving--they are thriving. Kelvin and Chrissy are participants in two separate Heifer International projects. Both farmers previously relied on crop farming, which did not provide the expected yields due to poor rainfall, leaving their families more vulnerable to hunger and malnutrition.

The climate-smart agricultural and animal husbandry practices Kelvin and Chrissy, and other farmers like them, employ at the household level help ensure they are able to bounce back when crop production fails from the negative effects of climate change affecting the country. By irrigating and applying cow manure as organic fertilizer to their diverse crops, Kelvin and Chrissy have greater fruit and vegetable yields for home consumption and to sell for income. Manure and compost improve the ability of the soil to hold moisture and improve fertility--essential in drought conditions. Their heifers have given birth, and their cows now provide up to 12 liters of milk daily, a great source of nutrition and income. Their families eat three meals a day, every day. They can afford to send their children to school. 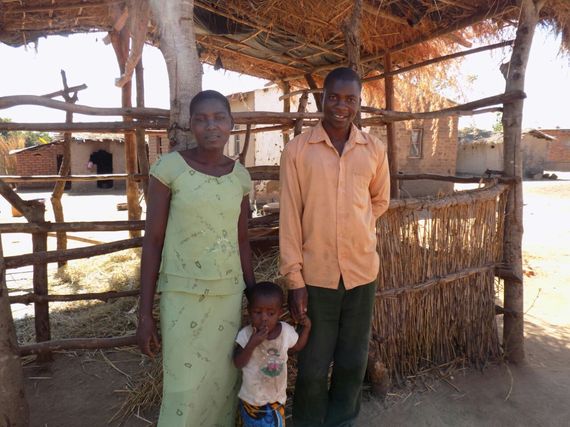 "To be honest with you, the farming calendar of 2015-2016 was the worst of all. Rains were really bad and there were not enough farm inputs for the majority of poor smallholder farmers. As a result, most families in this area do not have food to last them until the next growing season. But my family has because we used manure from our animal which has even increased our annual maize yield from 1,000 kg in the last farming season to 2,250 kg this year." -Chrissy Charles 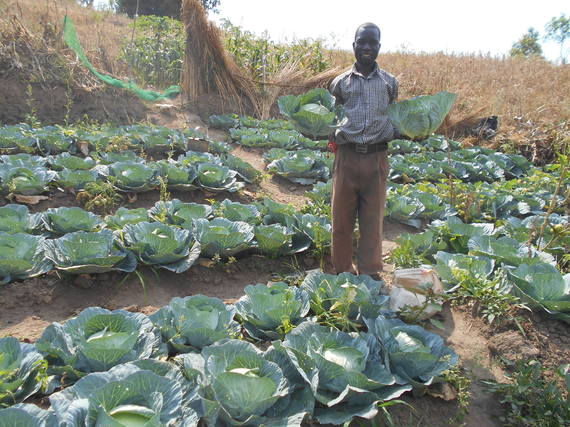 "My family was only consuming meat, milk and eggs on Christmas; and now the family has a cow that gives us money, manure and milk every day. What a blessing from Heifer International!" -Kelvin Haji