Fishermen in Australia were stunned last month when they hauled up a shark so strange-looking that it's been called a "living fossil"--300 teeth and all (scroll down for photos).

The super-rare frilled shark (Chlamydoselachus anguineus) showed up in the nets of a trawler operating near in waters off Victoria, Australia, The Telegraph reported.

The catch came as quite a surprise.

"We couldn't find a fisherman who had ever seen one before," Simon Boag, CEO of the South East Trawl Fishing Association, told the Australian Broadcasting Corporation. "It does look 80 million years old. It looks prehistoric, it looks like it's from another time!"

He's not exaggerating. C. anguineus's primitive features are believed to have changed little over the past 80 million years.

Frilled sharks can reach two meters in length and have dark brown, eel-like bodies with six pairs of frilly gill slits (along with all those teeth). While the species has been found as deep as 1,570 meters, it is generally uncommon in waters below 1,200 meters.

See photos of the newly caught shark in the slideshow below. 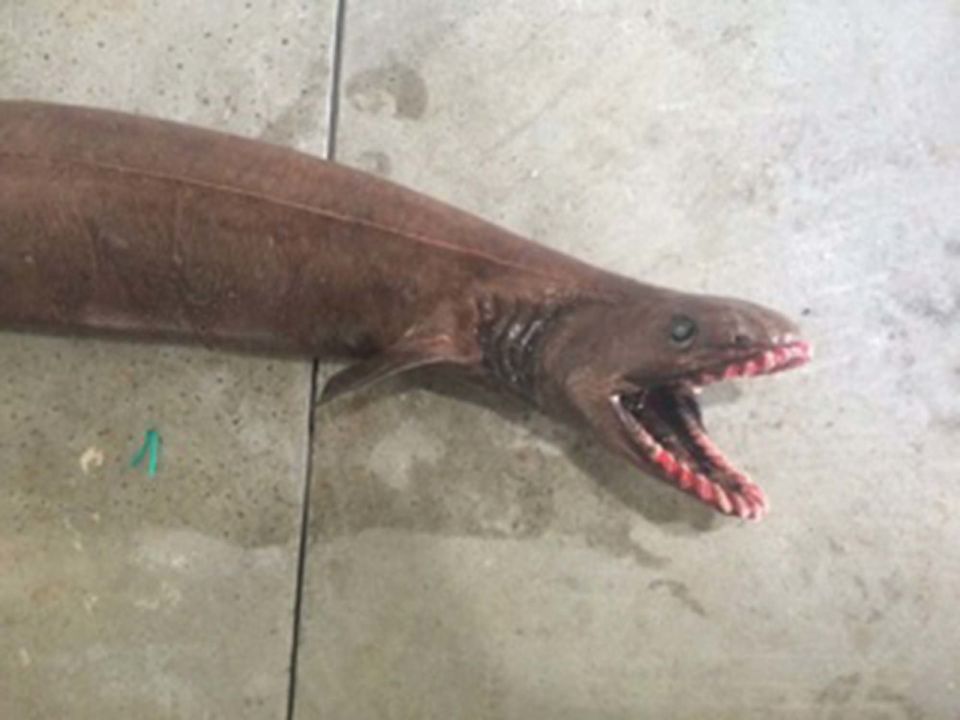