"You had the right idea when you moved in with guys you knew you'd never bang."

Six and a half years ago I buried my father. I had pink hair, a petite frame, and a bone to pick with the world. I listened to a lot of Brand New and Kevin Devine, hoping that one day the two-family house my mother and I rented would feel like home again. For a while, it felt too big; the smell of dad's english muffin pizzas still lingering, even though he wasn't the slightest bit Italian (though I later found out we were a tiny part Polish).

Soon enough, mom and I found a way to make it home again (a new bed-set and a few fresh paint jobs didn't hurt). 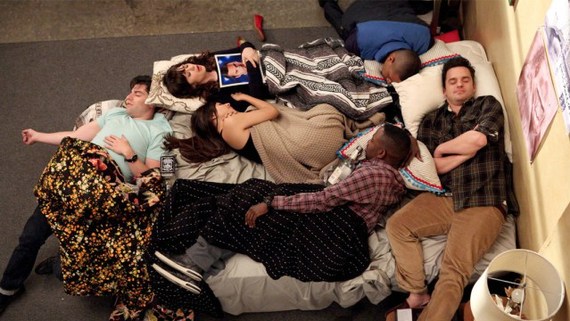 In time, I found a new home. First, in a basement. Second, in a shoebox above a bar.

Fifteen months ago I signed a lease with two boys in a band.* I had a fuckton of shit, very limited closet space and a U-Haul booked for a blizzard. I listened to a lot of Animal Collective and Radiohead, hoping that one day, we'd be able to afford basic cable. In the year and two months that followed, I learned more about after-shave, bass amps and Sonic Youth than I ever would've as a close, personal friend of Thurston Moore, among other things, like:

There is a very small chance they will tolerate Taylor Swift, but they will allow you to tolerate her so long as the door's closed or you're taking a shower.

They will always ask about your day, and almost always start a mid-day text conversation with an obscure emoji like the set of eyes looking left or sweet potato. They will give your weekly television shows a try, but only some will stick (see: Bob's Burgers and Broad City). Most will not (see: Girls, Parks and Rec, and Dancing With the Stars). They will push you to hit on cute boys at the bar, and, even when they're not there they will serve as estranged wingmen when where you live comes up in conversation:

"I actually live with two dudes."

- A real conversation I had in Atlantic City.

They will almost always compliment your outfit, even though, to them, what you're wearing looks exactly like the last five things you tried on. Also, they are perpetually unsure of whether or not "does this look okay?" is actually a trick question

They will sit at the foot of your bed while you're having a panic attack. Then, they will ask if they should call 911 because they have never seen anything like this and are concerned you might choke on your own tears. In due time, they will start to PMS with you, and when your period is late, they will know. For weeks, they will secretly wonder if their roommate is pregnant and ask about it every day until you finally do.

They will buy you a bottle of Duane Reade wine when your writing gets published and their band will shout you out on Twitter for knowing all the words to their six or seven songs and for always letting them practice in the living room. They will change the lightbulbs they can reach and wait for you to order dinner and make sure you get where you're going in one piece. They will share in your accomplishments and pour their hearts into a "Sorry today is the day your mom died" greeting card.

They will wake you up when you're crying in your sleep, and one of their moms will buy you light up shamrock earrings for Saint Patrick's Day. They will never judge you for wearing your ex boyfriend's pajama pants, and they will stay silent about all the hair you leave in the sink.

They will change your life, unexpectedly, and for the better.

"There's a bit of magic in everything, and some loss to even things out" -- Lou Reed

The funny thing about a hard-hitting loss is that you never know what you're going to gain from it. I may have lost the only nuclear family I'll ever have (and a killer recipe for english muffin pizzas) but, somewhere in the wreckage, I found a new one. 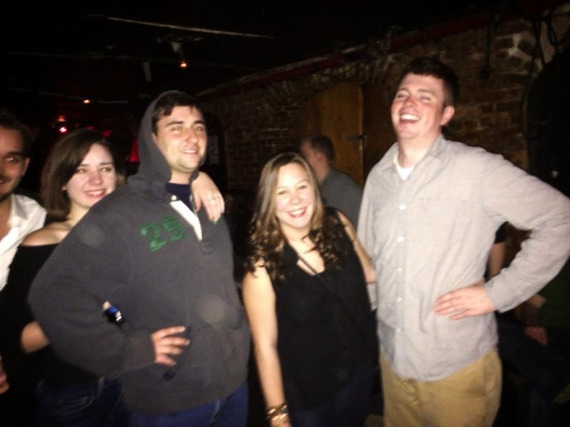 *Two friends, I should add. I didn't find them on Craigslist and this isn't the set-up of a poorly scripted horror movie, unless it's just taking a really long time to pan out. In that case, stay tuned.