More than 1 billion people around the globe -- roughly one in six -- earn just $1 a day.

That astonishing statistic is the motivator for the Forgotten International's campaign to shed light on the staggering levels of wealth disparity blanketing many regions of the world today. The nonprofit, which works to alleviate global poverty, has created a book of photographs, Living on a Dollar a Day: The Lives and Faces of the World's Poor, featuring people barely making ends meet to survive.

A team traveled to four continents collecting thousands of photographs and conducting several interviews to better understand the circumstances and stories of the impoverished. Thomas A. Nazario, founder and president of The Forgotten International, is the author of the book, and Pulitzer Prize-winning photojournalist Renée C. Byer captured the images.

The nonprofit is also raising funds to produce a documentary under the same name with a similar goal in mind.

Check out Byer's photographs below (all captions provided by the Forgotten International), and learn more about the book on the organization's website. 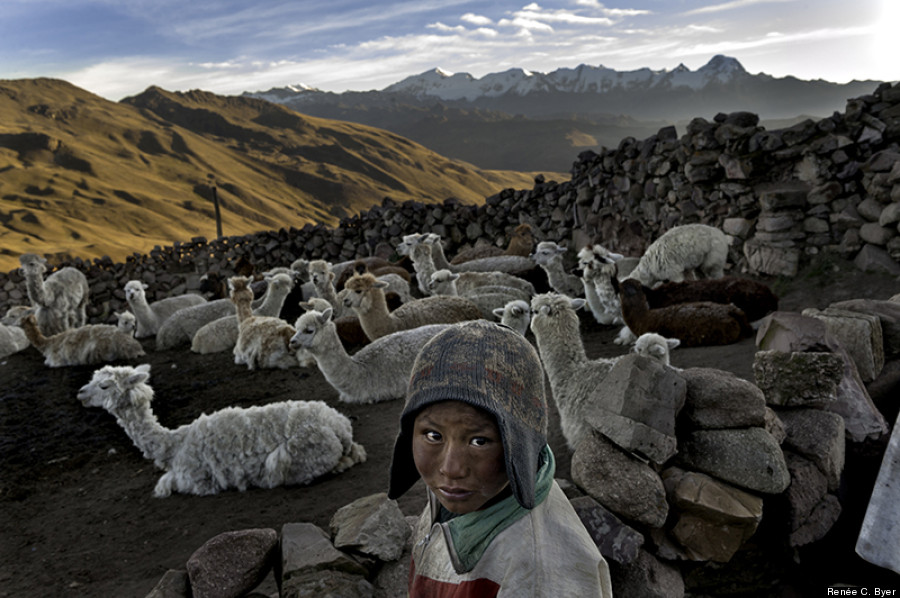 Alvaro Kalancha Quispe, 9, opens the gate to the stone pen that holds the family’s alpacas and llamas each morning so they can graze throughout the hillsides during the day. He then heads off to school, but must round them up again in the evening in the Akamani mountain range of Bolivia in an area called Caluyo, about an hour from the city of Qutapampa. In this part of the world, the highlands of Bolivia, approximately 13,000 feet above sea level, residents live in homes with no insulation, no electricity and no beds. Their water comes from streams that run off the snow-covered mountains. Their livelihood lies with their animals, for each animal produces about 3 pounds of fur each year, and each pound of fur is sold for 18 bolivianos, which amounts to about $2.50 U.S. All in all, this family may earn about $200 of income each year from the herd they watch over. Courtesy Renée C. Byer 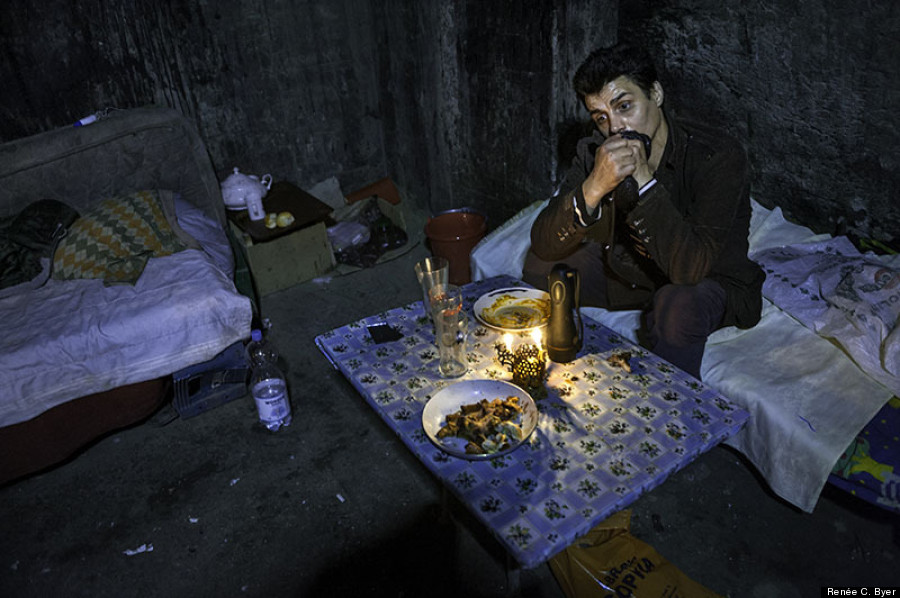 In Bucharest, Romania, some of the city's poor climb down into underground heating vents or sewers, where they live and eat by candlelight for there is no electricity. Here Hora Florin, 28, a victim of the Romanian dictator Nicolae Ceasescu's orphanages and one of Romania's lost generation of children, lives underground where the heating vents keep him warm at night. Courtesy Renée C. Byer 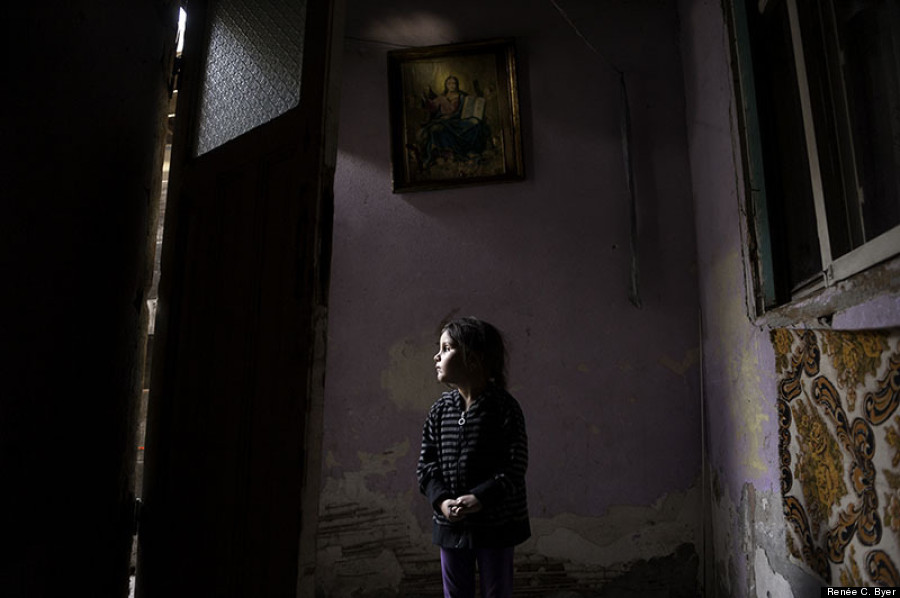 Four-year-old Ana-Maria Tudor, above, stands in the light of her doorway in Bucharest, Romania, hoping for a miracle as her family faces eviction from the only home they have ever had. Her father recently had a gall bladder surgery that resulted in an infection and left him unable to work. The one room they live in has no bathroom or running water. Courtesy Renée C. Byer 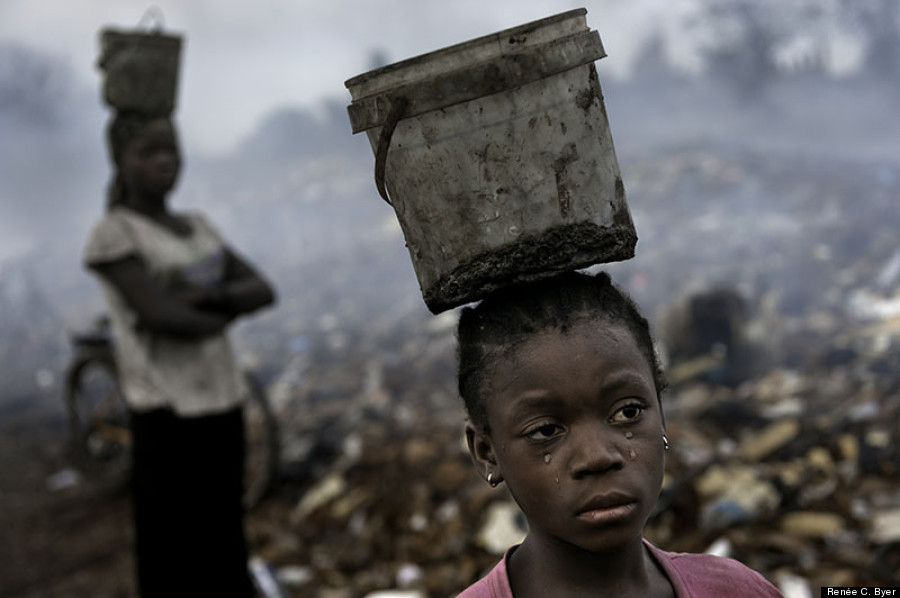 In an e-waste dump that kills nearly everything that it touches, Fati, 8, works with other children searching through hazardous waste in hopes of finding whatever she can to exchange for pennies in order to survive. While balancing a bucket on her head with the little metal she has found, tears stream down her face as the result of the pain that comes with the malaria she contracted some years ago. This is work she must do to survive. Courtesy Renée C. Byer 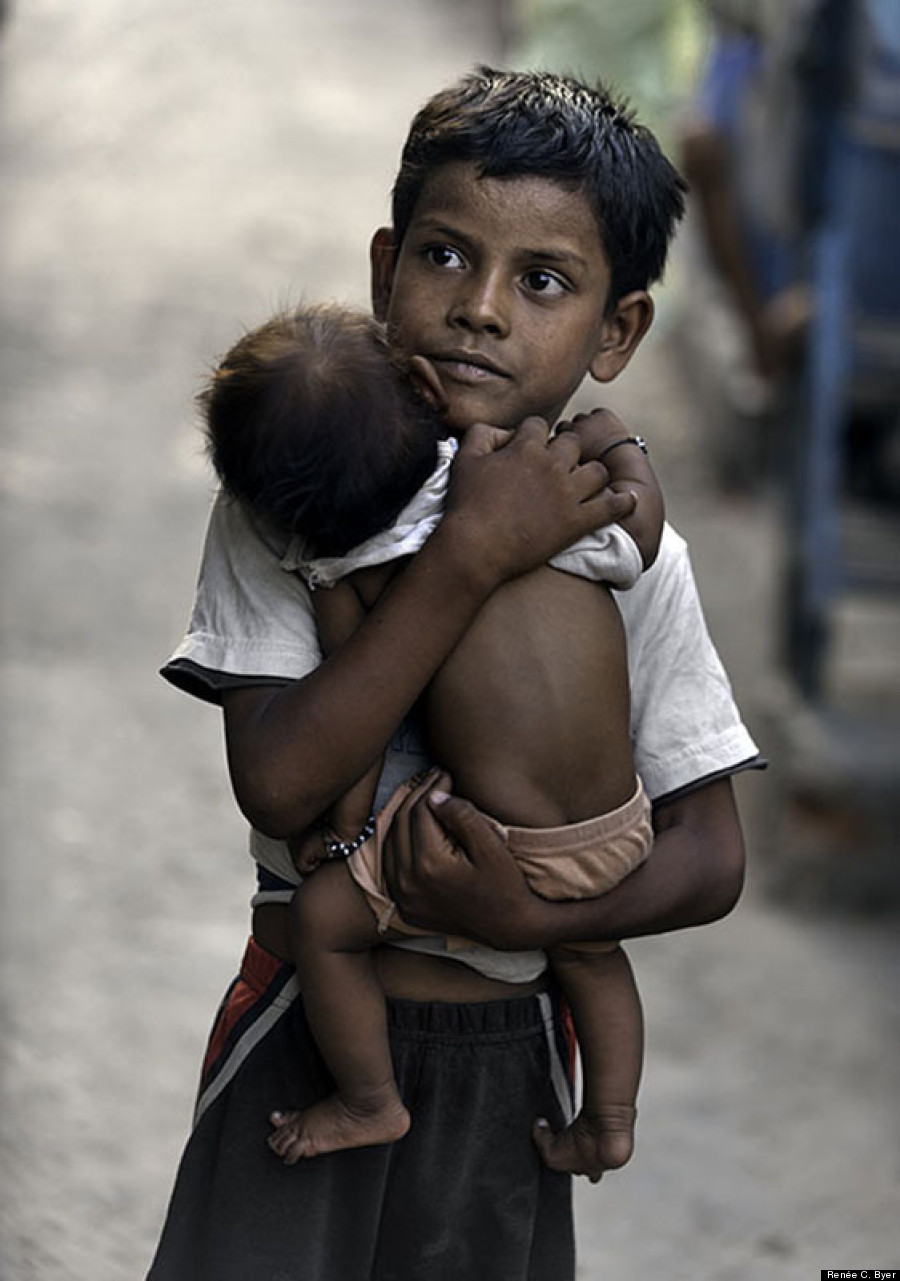 Also true among the poor is that fact that children everywhere take care of other children. Here Vishal Singh, 6, cares for a baby girl while her mother is away in the Kusum Pahari slum in south Delhi, India. When Vishal is not working or attending to his chores, he attends a school for the children of the Kusum Pahari slum. It is located on the slum grounds. The school is an open-air facility. It has no power, no toilets and no books. To learn their lessons the children and teachers here work off chalkboards. Tuition is 2 rupees a week but no child is turned away for lack of funds. When Vishal is not working, he goes off to school with nearly 600 other children of this slum community. Courtesy Renée C. Byer 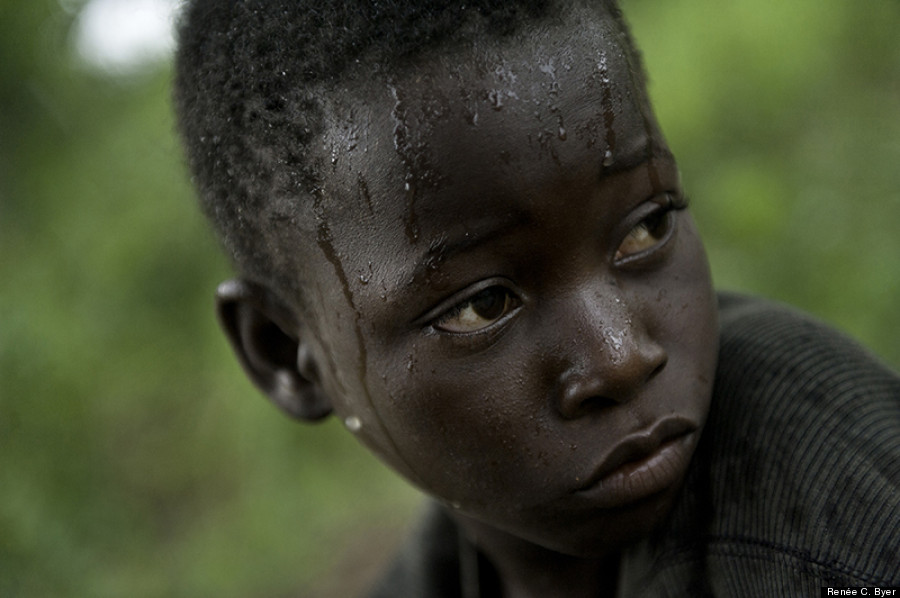 Children throughout the world frequently work to help support their families. In some cases, they give up their chance at school to do what they can to help. Ninankor Gmafu, 6, battered by rain, works for his father herding cows in Ghana, West Africa. He dreams of attending school someday but likely will never get there. Courtesy Renée C. Byer