The Assad regime's brutal murder campaign on Syria has destroyed my life back home. Four years ago, I had a lot of dreams that I planned to implement in my hometown. Today, I write this plea as a refugee who has lost family members to indiscriminate bombs and arbitrary detainment.

My name is Ameenah and I am 25 years old, yet somehow I feel much older. I have experienced the siege on Moadamiyeh by Assad's forces in 2013. It's an experience I can never forget. To be besieged means to see tears and depression. You see grown men and women crying because they are not able to feed their starving children. You hear the voices of the children at night crying, unable to sleep because of the piercing pain of hunger.

A good day under siege meant I was given an expired can of food with worms in it.

Even more haunting is how people looked. Their bodies are frail and their skin pale and yellow, a slight shake often took over so many children and adult bodies due to the lack of sugar in their blood. Living under siege put things in perspective. No longer was a good day to be a normal teenager that enjoyed hanging out with friends. A good day under siege meant I was given an expired can of food with worms in it.

Moadamiyeh, a suburb of Damascus, has been part of the Syrian revolution against President Bashar al-Assad and has suffered from the regime's oppression and violence since. On December 25, 2015, 45,000 residents of the city were placed under a strict siege, surrounded by Syrian regime forces and its allies. Eight children died of malnutrition since the beginning of 2016 as a result of the siege on Moadamiyeh, a town in the Western part of Damascus suburbs, and one of 13 Syrian towns and cities, including the now well-known Madaya, suffering from Syrian regime's use of starvation as a weapon of war. Moadamiyha is quickly becoming another disastrous siege like Madaya. 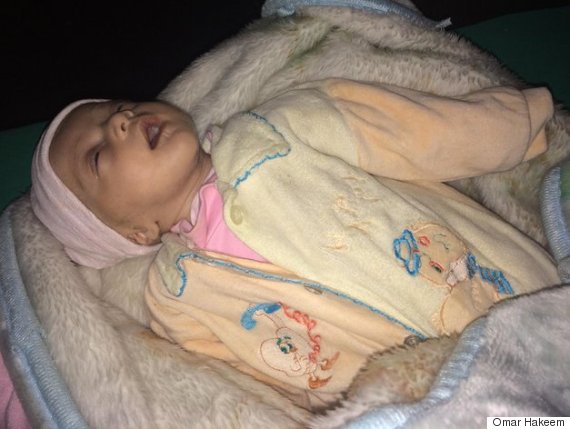 However, this is not the first time the city has been besieged. In 2013, 12 civilians starved to death as the people of Moadamiyeh were once again used as a tactic to force a ceasefire with the regime. As a result of the starvation and dire circumstances, the opposition accepted the shaky truce by Assad's reconciliation committee hoping to prevent more loss of life.

The December 2013 truce stated that the regime had to release all the detainees from Moadamaiyeh, uphold a ceasefire in fighting, allow all the employees and students from Moadamiyeh to go back to their work\study, remove all of the regime's forces who had surrounded the city almost since mid-2011, and open all the crossings to the city.

Though I was able to escape during this brief truce in Dec 2013, the agreements outlines under the ceasefire were never honored by the regime. The regime ended up only opening the crossings to the town for a few months; arresting more than 200 civilians who tried to get in and out of the town during that period. Meanwhile, people were allowed to bring in food, but only in specific amounts that were only enough for one or two days.

This tactic ensured the residents would stay hungry as they were not able to store food, which served as a reminder that the town's fate and their survival still would remain in the hands of the regime.

In times of siege like the one that is currently ongoing, it is not only food that is blocked but also electricity, fuel for heating, medication and medical care and even drinking water. In fact, Moadamiyeh has been living in a complete darkness since November 2012. The only hospital in the city was bombed with several mortar shells in 2012 and the volunteering doctors tend to work in unequipped basement as what they could call an almost safe field hospital. While in Moadamiyeh, I volunteered at this hospital. I had no previous medical training, yet tried to lend a helping hand to this under-resourced, always overwhelmed field hospital.

"I have nothing to give a panicked mother but herbs and sugary water for infants who need special care and milk," one doctor said.

In order to adapt to these circumstances, people risked their lives to cut wood for heating in an open field that was overlooked by regime snipers. For food, people are eating mostly herbs and mixed spices with huge amount of water as a soup. Bread, let alone any normal meals, has become a dream for the people in the city. At bombed out schools, volunteers insist on teaching young kids in an attempt to temporarily distract them from the pain in their stomachs and their perpetual state of fear from bombs.

To make this nightmare even worse, of my immediate family who are still alive, they have been besieged now for the second time in the last 4 years by the Assad regime - at risk of dying from starvation and cold. And despite our phone calls and their messages of reassurance, I know that any attempts to save them are not in my control. It requires international intervention to stop Assad's belligerence. Unfortunately, we Syrians have learned the hard way not to place faith in humanity after the international community has failed over and over again to support us with even the most basic amount of dignity.

Facebook posts by activists from Moadamiyeh show just how serious the situation has become, demonstrating that this suburb of Damascus will likely become the next Madaya. Three thousand children under the age of three years old are in a desperate need of milk and special baby food to save their lives, as the mothers are not able to breastfeed because they are suffering from the malnutrition themselves.

"Moadamiyeh has become a huge mass prison," said Ammar Ahamd, an activist and citizen journalist from Moadamiyeh. "Yusuf, who is three months old has starved to death, it's been almost 10 days for the baby without proper food and we are not far from the middle of the capital Damascus. It's only three km away, where children are able to have a normal life on the other side!" he added. 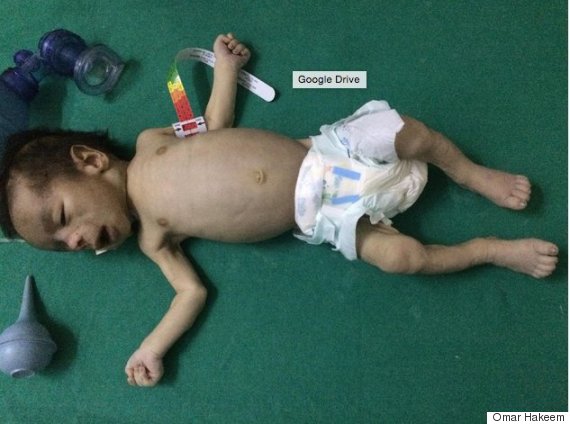 Two weeks ago, the ICRC tried to bring in some aid to the city but the destruction process was in the Eastern neighborhood of Moadamiyeh where Assad supporters and check points are based. Few families of Moadamiyeh had the courage to cross the street to get a small box of aids but many others didn't even think about taking the risk.

The World Food Program after a long term procedure of pressure on the Syrian regime were able to bring in 4400 food baskets for 7500 families who live in besieged Moadamiyeh. The amount was almost enough for half of the population for a almost a week.

The most important thing was the infant's' milk and basic medication, and the trucks carrying those essentials were prevented from entering the city by the Syrian regime, Ammar Ahmad said. In response, the UN mission to Syria's stated to the residents of Moadamiyeh was: "We can't help you more! We hope we could bring in more but it's not our choice. We can't do anything without the regime permission."

Later, hygiene kits, water gallons and blankets were brought in Moadamiyeh but people were not really satisfied with that because they were disappointed that the trucks of food, medication and infants' milk were not included.

While many have become accustomed to living under constant shelling and without electricity, surviving starvation has proven significantly more challenging. Um Tareq, a local resident, said:

"The regime is not going to break the siege and they will keep starving us until we surrender as they have done previously. They have arrested many civilians who were trying to get medical treatment outside of the city. Now, the only good thing we have about the ceasefire is that the kids are able to play outside and we can have a walk under the sun - which is a huge dream according to the unstable situation here- but the starvation goes on anyway and we are really threatened thinking about the 15 days ceasefire ending.

We are really disappointed with the big number of the ceasefire violations in many Syrian towns. We also witnessed a violation yesterday when a young civilian was shot by one of the regime's sniper. I don't know really what they want from us. Maybe the regime wants us to leave the town or to leave Syria or to die! We are 45,000 people! Where are we supposed to go?"

The mother of three described to me how hopeless she felt, saying, "This is my home! What we really need is opening the crossings! Our children have to survive and I just can't believe that the international community are not able to save our children!"

Even the doctors in the field hospital feel stranded, unable to do anything to prevent the malnutrition, especially for infants who are suffering mostly from the lack of food and milk and have the lowest chances to survival under the siege.

"We've lost one child every three days since the beginning of the 2016 and obviously it's going to be a disaster very soon. Every day I examine more children who are suffering from the beginning of the siege and I have nothing to give a panicked mother but herbs and sugary water for infants who need special care and milk. Even when we had milk here at the beginning of the siege it was impossible to give it to most families because the regime's siege left prices for infant milk as high as 60 USD I don't know if the motivation for the international community and NGOs is seeing the town's children turning to skeleton corpses because believe me we are not far away from that!" 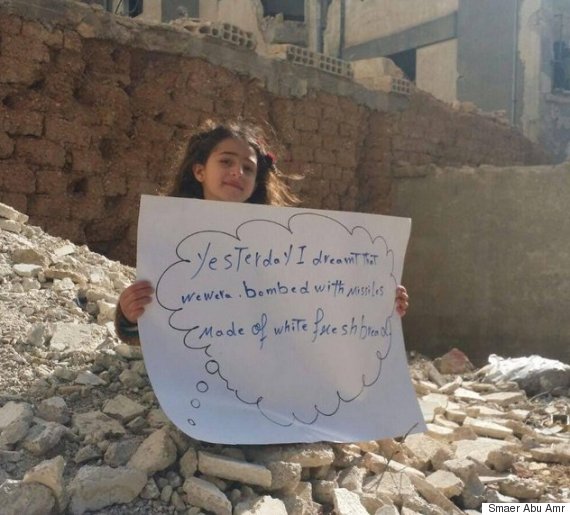 "Yesterday, I dreamt that we were bombed with missiles made of white fresh bread."