We all make mistakes. And some mistakes need to be made once, to get it out of the way. So you can begin the rest of your life. For example, living with a couple. Most people will tell you, "Well duh, of course that's a bad idea." But it begins so innocently, with so much temptation.

"We have an extra room and the rent is way cheap!" You walk in and what the -- this place is way nicer than yours! They have all these appliances you don't have! These Williams-Sonoma cereal bowls they got as a wedding gift fit perfectly in your hands!

The rose-colored glasses are firmly fastened to your face. But soon the facade crumbles away, because...

1. You desperately need to get to work, but they're arguing in the bathroom and you feel uncomfortable interrupting.

You really have to pee, but doing so means walking into the danger zone.

2. Your allegiance goes back and forth between the two of them. Is she taking things too seriously, or is he being a dick?

But seriously, you really have to pee.

3. You're often tempted to come out and testify like a witness as to who said what in previous conversations.

Anything if it means they will shut up.

4. When there's a break in the argument, they recede to their respective corners, like boxers.

He heads to the living room couch. She stays in the bathroom. Your bladder is going to explode.

5. And after all that drama, they're giggle flirting an hour later.

Happens every time, because they have the memories of goldfish.

6. What sounded like a serious heartfelt argument ended up being about something really dumb.

Is there an argument quota they need to fulfill, or something? How could that actually have been an issue?

7. They love giving relationship advice, because theirs is working SOOOOOOOOOOOO well.

The trick to getting a great new boyfriend or girlfriend is apparently to have very strong opinions about where and when you guys go out to eat.

8. They'll have date nights in the living room. (AKA Roommates, ​please disappear for the night.)

Not super cool, but hey, you're totally​ ​free to come home as loudly drunk as you want.

9. And there are certain things that signal they are doing it.

It's eerily, hauntingly quiet. Why is this dinner and wine oddly abandoned? Where is everyo--GAAHHHHHHHHH!

10. And your TV volume just won't get loud enough.

11. When you walk in and one of them is in their underwear and it's like, "OK, clearly you were just walking around naked."

We all know it.

12. All of their friends are other couples, so if anyone is visiting, they're coming in pairs.

And your apartment is really just not that big.

13. When they cook, it looks like a hurricane went through your kitchen, because everything is double.

You'd think it would mean there are twice as many hands to help clean up. And you'd be wrong.

14. If one of them is messy, or a passive aggressive note leaver, they probably both are -- it's the one harmonious thing about their relationship.

And it doesn't take a genius to realize they're all directed at you.

15. Regarding decisions about the living space, you only need to find out how one of them feels -- because let's be honest, they're a packaged deal.

This works well, until it doesn't. Then one day, you're being chewed out for throwing away a dead plant.

16. They try to combine housing expenses with fishy couple math, as if they're actually showering or using the toilet simultaneously.

That can't be what they're doing in there all the time, can it?

17. But they do sort of become the parents of the living space.

18. And like your parents, they're going to be home all the time.

But if one of you is going out of town, the other has to come too, right?

19. If the living situation goes south, you'll have to double your effort to avoid people.

20. Don't argue with them, because it's always going to be two against one.

21. And that might mean two people stealing your food.

22. Eventually, you'll find a new place to live, but two fewer people to help you move.

Oh, NOW they're both going out of town. No worries though, you can handle it on your own.

23, Finally, the good news: When you finally get out... DOUBLE the relief!

You survived this. You can survive anything.

PHOTO GALLERY
7 reasons why your college roommates hates you 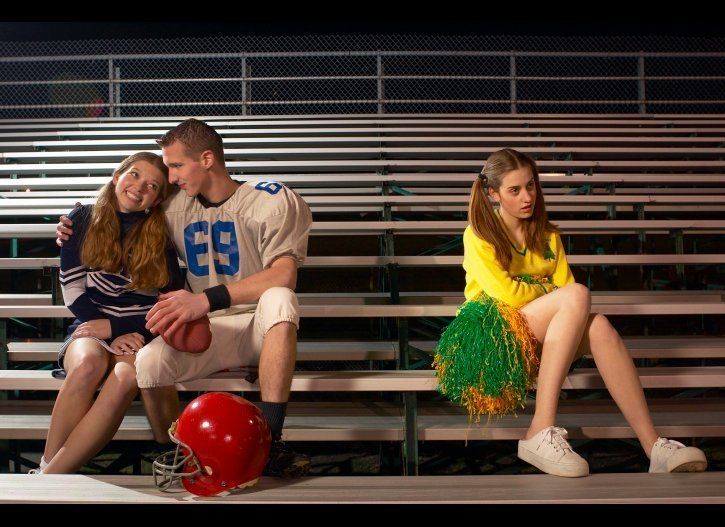 1 / 7
You Are Better Looking Than They Are
Although it’s the most common source of tension among female roommates, this reason rarely if ever comes to light, as women are adept at obscuring insecurities behind self-righteous rationales. For example, they’ll say they think it’s morally wrong that you’re dating more than one person. They think it’s academically irresponsible to always ask for (and receive) assignment extensions from your male professors. They find your Halloween costume –- a Lady Gaga-esque take on Red Riding Hood -- degrading to women. They will wage a war of mini-battles, from eye rolls to passive aggressive Post-It notes in common areas (were you expecting one of your MANY boyfriends to empty this waste basket?), until someone prettier than you or uglier than them transfers into your townhouse.