In 2013, Jennifer Glass was diagnosed with stage IIIB lung cancer. To help document her life, she took a photo every day and then, in March 2014, she set it to music and uploaded it to YouTube. Since then, the video has been viewed more than 345,000 times, by people around the world. This is her story.

How It Happened: The day I was diagnosed, it was a Saturday. The doctor called us at home and initially he said, 'You have stage IV lung cancer.' We didn’t know if it had spread to my brain and my bones. We didn’t know a lot. We just knew we were going to be in for a rough ride.

The first several months were really just about getting through the treatment. I lost my hair. I felt crummy. I didn’t think so much about what was going to happen in the long term. I just wanted to do the treatment and then find out where we were. At the end of the treatment, the tests showed that it had been effective. The tumors had shrunk. Then I went on this drug that had really profound side effects. If you saw in the video, I had a terrible facial rash. That’s one of the common side effects of that drug at the high dose. It was a few months while we played with the dose and found a way for me to tolerate it.

The turning point was really after that. Once the tests started to come back, it showed that it was going to be okay, at least for a little while. I’m not going to die this year. I had to start thinking a little bit beyond 'What do I do today for my treatment?' and start thinking, 'How do I use my time effectively -- the time that I have left?' 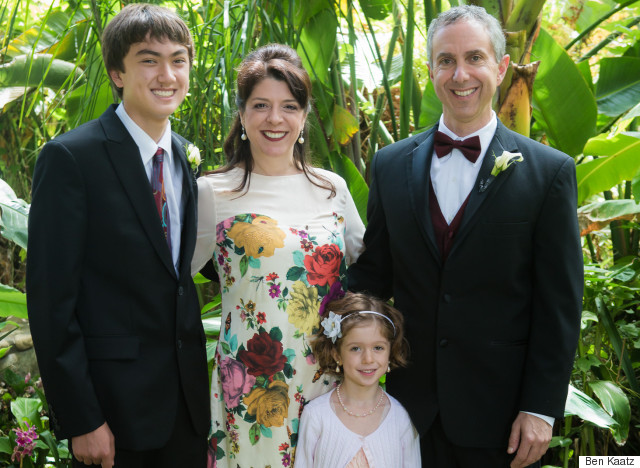 All of this is finding a balance between being hopeful and being accepting. Finding a balance between the very short-term view of 'Am I going to die in six months? Am I going to have a year? Two years? Five years?' You make different decisions. You make different plans. If you have a very short-term view, it’s easy to prioritize things.

When I was in the middle of my treatment, it was really easy for me to not sweat the small stuff. I was very focused on getting through and appreciating my family and telling people I loved them. When you start to feel better, the minutia creeps back. Now I’m crabby when the cable guy is late. Little things like that. But that indicates a return to normalcy.

How I Coped: The night I was diagnosed, I was getting ready for bed and taking my makeup off and looking in the mirror and I had this really strong thought: 'What am I going to see in the mirror this year? What is going to happen to my body?' I said to my husband, 'Harlan, I’d like you to take my picture tonight. And I think I want to do this every day. I want to chronicle what happens to me.' And so that’s how it started. I didn’t know what I would do with it. I just had a sense that I wanted a record of it.

We kept up with it and at the end of the year I had this visual story that was told with pictures. My brother wrote the song that’s on the video, and that was the trigger that made me think, 'I could put the pictures to his words.'

I was really overwhelmed by the response. A lot of the responses I get, the comments, are from people battling illness, but I’d say just as many are from friends or family members (and this is not just the video, but also my blog), people saying, 'You really helped me understand what my father or friend is going through. You helped us have a conversation we didn’t know how to have before.' Even though the song is in English, I’ve gotten an extraordinary response from around the world, in every language -- from Africa to Europe to Latin America.

Where I Stand: Just to be specific about the status of my illness, [being called] a survivor is a little optimistic still, at this point. I have cancer and it’s too soon to say it’s in remission, though the chemo and radiation I had and the medication I’m on is keeping it contained. It’s not spreading, but I’m still actively being treated. It’s been a year and a half now of no growth. I get tested every few months and we take it one day at a time.

My husband and I were just married when this hit, and so the first year of our marriage was all about cancer. Now we are spending our time being married. We are taking trips we wanted to take. I wouldn’t say I have a bucket list. I’ve lived a really full life I’m proud of. But we’re not putting things off. If there’s something we want to do, we do it. We spend our time together. I spend time with my step kids. I really make time for my friends.

What I Learned: Looking back at it, the most debilitating thing about a life-threatening illness is often the fear that comes with it more than the reality of the illness. People said, 'Oh, you’re going to beat this thing. You’re fearless. You’re fearless.' Well, of course, I’m not fearless, but I have found ways to fear less. If you can take fear out the equation at all, even a little bit, you can think more clearly. You make better decisions and with luck, you can find a path to peace -- some way to balance hope and acceptance. 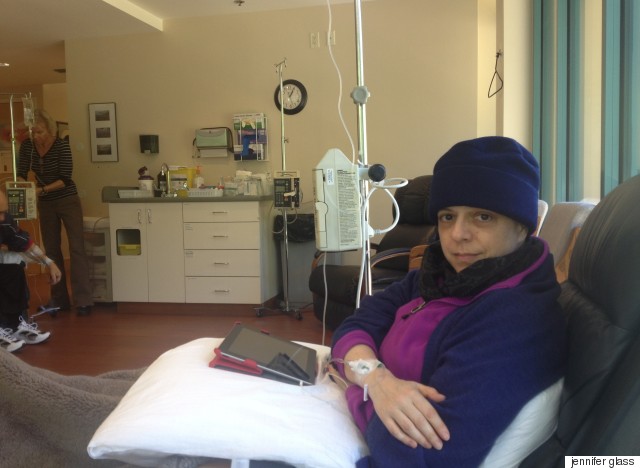 There’s a difference between extending life and prolonging the dying process. I’m doing everything I can to extend my life. What I take issue with, is that I don’t feel that anyone else should have the right to prolong my death. I am at peace with the idea that my life is going to end. But how it ends is very frightening to me if lung cancer runs its course.

That’s why I’ve been so active and vocal about bringing end-of-life legislation to California and more broadly throughout the country. I think a lot now about quality of life, and that has to include end-of-life. If I knew I had options and didn’t have to worry about what was going to happen in those final weeks and days, my quality of life would be better. I would be able to live more joyfully and more peacefully, not having to worry about how it was going to end.

As told to Erin Schumaker. This email and interview have been edited for length and clarity.

Jennifer Glass is a writer, speaker and advocate for aid in dying. See more at jenglass.com.

Do you have a story about cancer and emotional wellness you'd like to share? Email us at healthyliving@huffingtonpost.com to share your thoughts in your own words. Please be sure to include your name and phone number.

10 Celebrities Who Battled Cancer Before 40