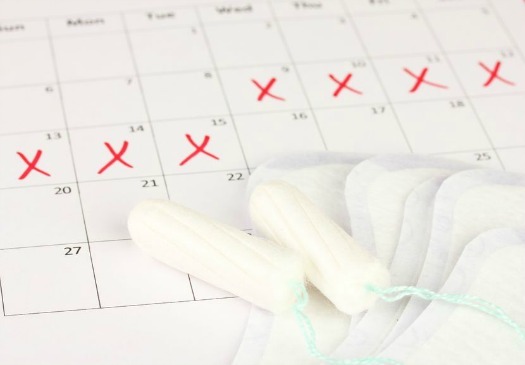 Although I've had my period since I was 10 years old, it took me almost a decade to realize my PMS and period were not normal. I always noticed that my cramps were very intense prior to my period. I also experienced extreme mood swings, felt lightheaded, lacked energy, and experienced some of the symptoms of depression. The symptoms of depression weren't just the type where you mope around in your bed eating a pint of Ben & Jerry's and cry over sad movies, but rather the type that affected my everyday life. They made me judge every single aspect of myself and think that everything was going to go wrong, causing severe anxiety and depression for that time prior to my period. It made me feel like a completely different person, as I typically am more confident and capable of handling tasks under pressure without many issues.

As someone who has suffered from depression, anxiety, and IBS throughout her whole life, I thought this was normal. My high school nurse would say that it was just PMS and stress, and my mother's statements on that matter echoed my school nurse's. During my first year of college, I realized that my symptoms only grew worse during the week-and-a-half prior to that time of the month. It began affecting my schoolwork and attentiveness. I often felt like I wasn't really able to respond to my surroundings, due to my lack of energy. I couldn't understand what was going on in my body or causing the changes. My peers who were on their periods seemed to not have any of my issues, which made me realize that there was something wrong. It was then that I visited a nurse practitioner in my college and asked for help.

I was then diagnosed with Premenstrual Dysphoric Disorder (PMDD), which is a more severe form of PMS. For the first time, everything made sense. PMDD is rare, as it occurs in only 2%-10% of people who menstruate, and mostly occurs in those who have depression disorders. The symptoms include fatigue, decreased interest in activities that are typically enjoyable, difficulty concentrating, along with mood swings and intense cramps that also come along with regular PMS. While I felt relieved to know exactly why I was feeling the way I did, it didn't make my life any easier. The nurse practitioner prescribed Low-Ogestrel birth control pills, which were supposed to regulate the symptoms caused by PMDD. Those helped for a year or so, until they began to make me feel sick. After feeling nauseous each time I took the pill, I decided that it was a better off not relying on the pill.

When I moved to England to study abroad, I wasn't able to see a gynecologist, as there were no nurse practitioners who delved into that area of expertise; I had to deal with it completely on my own. Walking around in temperate weather made me feel like I was about to faint and it made it difficult for me to do normal errands, such as buying groceries or following directions. The symptoms of depression also increased, which were difficult to deal with. Some days, I'd be perfectly fine and happy. However, once it was a week or so before my period, I'd become this lethargic, self-loathing person. This involved not even having enough energy to brush my teeth or take a shower (which is something I do daily whenever I am mentally healthy). This isn't something that can be easily solved by going to the doctor and getting medicine. Right now, my option besides birth control would be antidepressants. However, since I do not have American insurance and antidepressants would cost a lot, I have been postponing getting medication, which is something I intend to solve soon.

The most difficult aspect of dealing with PMDD is that I always knew it was coming, but I didn't know how to prepare myself or let others know. I'd be an efficient worker and student, yet become the opposite as soon as PMDD affected me. Telling professors or employers that my performance level will go down due to a period-related disorder is seldom taken seriously, nor would they want to hear about an aspect that is considered intimate and taboo to talk about. Women's periods (although some people who aren't women also have periods and not all women menstruate) are rarely seen as something that can cause true mental or physical distress. We are just expected to deal with it and ignore it, despite it being a part of our lives. I'm sick of being told "Déjate de changuerías" when I'm dealing with PMDD and my period. Even those who do not have PMDD still suffer through some symptoms that are extremely unpleasant and painful, such as severe cramps, headaches, and other painful body aches that certainly are not easy to deal with. It's time to leave behind the taboo of discussing periods and bring to light these issues that show menstruation is more than bleeding and craving chocolate once per month.