I live in Cambridge, used to live in Newtown and have been struggling with aging parents and in-laws, of which, three of the four have serious medical conditions. Life, to say the least, has been emotionally taut and challenging over the past few months.

It's hard to comprehend when you live so close to something so big and tragic as the marathon bombing that happened in Boston last Monday, but it takes a toll on you slowly and surely. Over Christmas I went down to visit my parents who recently moved to a town just north of Newtown. It was just two weeks after the shooting and being just a few miles away, I took a slow drive through the back roads I knew that would slip me into the backside of Sandy Hook sans the media trucks and Westboro malcontents. I had always made a regular visit my old town, but this was different. As I crossed over the river and the town line, I had a physical reaction, one of going physically limp and my heart sinking. The hub of Sandy Hook was in the middle of a healing event beset upon by TV crews (vultures as my mother called them), so I sailed through, got a cup of coffee at one of my usual spots and returned to my family, but I could not shake the sorrow and the immediacy of having had been somewhere that had been so scarred and maliciously maimed by evil intent, a place I had a long and fond past with.

Ironically, I was down in Connecticut with my wife and our three-year-old daughter for a visit with my parents on the Monday of the bombing. We wanted to check in on my father who had been struggling with a heart condition that had him in and out of hospitals and rehab centers for most of the past year. In planning the trip we debated what day to return, Sunday or Monday. We figured if we hit it so we could arrive home after the Sox game (starts at 11 a.m.) ended and before what there was of rush hour on the state holiday of Patriots' Day, that would be best. On the way back we decided to avoid Boston and go north on Route 128 to Route 2. We'd be going north and south to east, but it may save us time and stress. We got home in time to turn on the TV and computers and hear and see the first reports of the bombing. Text and social media began to buzz, friends and family asking if we were there and if we were OK.

It was odd watching TV that night, following the events, trying to make sense of it all and searching for the right generic, un-alarming, but honest terms to explain to our daughter about why mommy and daddy needed the TV and she couldn't watch her hour of Disney Junior. The next day we and all of Boston tried to get back normal knowing that the killer or killers were still out there. The subway was open, except the stops near the bombing site, so we went to work and daycare.

In my midweek trips through Boston on bike, Back Bay and the Boston Common looked like a military occupation from a movie. They were going to get these guys if they were here, it would be quiet and quick and we would all have peace of mind.

Then, last night, after attending a sneak peak of the movie Pain and Gain, which ironically is a portrayal of three true-life Miami sociopaths, I was biking right through Kendall Square near the Stata building where the MIT policeman was shot closely thereafter (I went through there around 10 p.m.). I cut across Norfolk Street where we now know one of the suspects lived, but heard and saw nothing until I got home and a Facebook friend posted something about gunshots at MIT. Since all was calm when I went through there, I suspected anther gunman hoax that had shutdown MIT just weeks earlier, but then I turned on the TV and the story grew to what we now know.

As I and my wife watched, the night was perforated by sirens whizzing by. We slept little hoping for a better tomorrow, but this morning everything is shut down. We're in lock-down while law enforcement does their job and tries to bring an end to this short reign of terror and mayhem.

And so here we sit, cloistered in 900 square feet in Harvard Square, uneasy, my daughter anxious and not fully understanding. The road outside our building is silent -- not a car. I took a short jaunt down the street to see if I could get a cup of coffee. Nothing was open. Massachusetts Avenue between Harvard and Porter Square looked like a set of human abandonment from The Walking Dead.

The not knowing is the worse part. When will it end, is it still outside my door or somewhere else? The one thing that is certain is that these implants, who ingratiated themselves in our community for so long, harbor a deep hatred and there is no limit to what extreme they will go to. So we wait and hope and converse with family and friends, near and far, and send well wishes to the victims and their families as they grieve and attempt to heal. Time moves slowly, but justice will come and life will resume, but for a long time thereafter, we will all carry that tinge of where next, in the back of our minds.

So now I'm going to turn off the TV, call my parents and work with my daughter on her ABCs...

HuffPost Readers: Were you or someone you know in the area affected by the bombings or the manhunt? If you have any information to share, or want to tell us what you experienced, email openreporting@huffingtonpost.com. Include a phone number if you're willing to be interviewed. Let us know if you wish to remain anonymous.

Living With Terror
Notes From The Lockdown 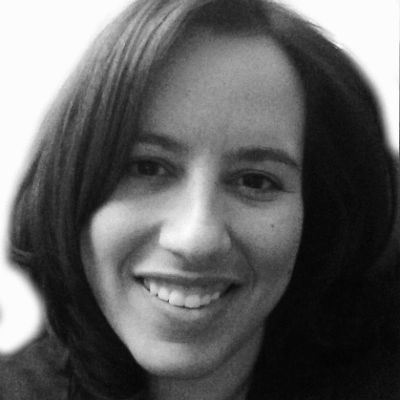 1 / 30
Watertown Perspective: The Boston Marathon Suspect Manhunt on Friday
I take for granted how wonderful it is to live in a country where, on the average day, I do not fear for my life. I know not all Americans have that luxury. But ever since 9/11 and the upswing in mass shootings, I've been uneasy. This week has been a wakeup call that we are never truly safe.
<a href="https://www.huffpost.com">www.huffingtonpost.com</a>:<a href="https://www.huffpost.com/michelle-hagopian">Michelle Hagopian</a>