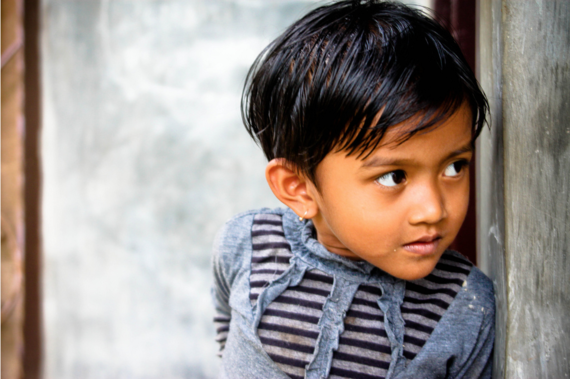 When I tell people I work on the protection of women and children in humanitarian and development settings, no one's first thought is of birth certificates. Most of us who are fortunate enough to have birth certificates keep them in overlooked drawers of paperwork collecting dust. We rarely appreciate that this unspectacular document represents the basic human right to a legal proof of name, age, parentage, and nationality. But for the 230 million children under five around the world, the lack of a birth certificate leads to social stigma, exclusion from basic government services, and diminished access to justice.

Consider a case from a few years ago. Wilfreda Soik faced the death penalty in Malaysia for killing the man who had trafficked her into domestic servitude and repeatedly abused her. Her legal defense claimed that she had been a minor at the time of her abuser's death, which would have kept her from the gallows. But her passport had been deliberately falsified by the traffickers to make her appear older.

The defense sought out Soik's birth certificate, considered the highest proof of legal identity in her native Indonesia. Like well over half of Indonesian minors, however, she did not have one. In the end, Soik got lucky. Her defense team uncovered a christening letter that proved she was just a child, which was instrumental to convincing the judges to acquit her.

Soik's case demonstrates the critical importance of legal recognition and the vulnerability of those without it. In Indonesia, where I worked for a number of years, birth certificates also foster access to a number of government services, including education. In a recent study, we found that birth certificate ownership in Indonesia was also associated with the use of reproductive health services, which is important in a country that has had a stubbornly high maternal mortality ratio.

More broadly, birth registration helps governments plan, budget, and monitor population health properly. As a primary input for a national vital statistics system, birth certifications enable countries to know their fertility rate, which governments rely on to create social policy, design programs, and evaluate their efforts. In Indonesia, the poorest families in the poorest regions are least likely to have birth certificates, which means that the government has the least data about the very populations that need services most.

The international development community is increasingly recognizing the multifold advantages of expanding birth registration coverage. When the Sustainable Development Goals (SDGs) were adopted last year, they introduced a new agenda for the field of development and birth registration for all became a specific development target. What is more, the World Bank went on to argue that "providing robust means of identification," such as birth certificates, "will fundamentally support the achievement of at least 10 other SDGs," in areas such as social protection, women's empowerment, health, and even fighting terrorism.

Children of unmarried parents cannot be registered in many countries. In Indonesia, the birth certificate of children born out of legal wedlock cannot include the father's name, legally bastardizing them. It is no surprise, then, that in a recent study, we found that when Indonesian parents had marriage certificates, their children were 90 percent more likely to be registered.

These intergenerational linkages are consequential in a country where three in five children are not in the birth registry. Indonesia has among the highest populations of unregistered children in the world. In response, President Joko Widodo built birth registration into his 2015 development plan, as a key poverty reduction measure. But reducing the massive coverage gap will take more than political commitment.

Despite policy reforms eliminating formal processing fees, we've found that the cost associated with certificate applications is still the most common barrier for parents. Processing application requirements, like marriage certificates, contributes to this financial burden. The distance parents have to travel to reach certifying officers adds another cost.

Many Indonesian parents still do not know what a birth certificate is or what its uses are, and those that do often consider the application procedure complex and opaque. Many turn to middlemen to broker their applications at an additional price, but many more choose simply not to apply because, as one community member shared, "we need to use the money for other things."

Indonesia's legal system has a long way to go towards simplifying the birth registration system, but even then, reform will only be as effective as its implementation. One strategy the Government of Indonesia has been piloting (in collaboration with our Center on Child Protection at the University of Indonesia) is the integration of birth registration into basic services with strong footholds in urban and rural communities, including health and education. The more we work with civil society and community groups, the greater the number of children who can be documented. It all starts with the recognition that birth certificates, mundane as they may be, are key to protecting the lives of children.