The news was announced by co-founder Jerry Greenfield at a party Ben & Jerry's threw for the series finale of "30 Rock," on January 31. The Huffington Post got an early taste of the new pint and found it to be pretty good -- the lemon wasn't cloying and the blueberries rounded out the floral taste of the lavender.

However, we felt slightly disappointed by the choice in flavor since ingredients like lavender and blueberry don't really represent the spirit of "30 Rock." There was unanimous consensus that to truly honor Liz Lemon and her affection for junk food, Ben & Jerry's would have needed to release an ice cream that felt more gluttonous. Instead, the Liz Lemon Greek frozen yogurt felt too delicate to name after a woman famous for talking about cheesy blasters.

Phin & Phebes, a Brooklyn-based ice cream company, has also been inspired by "30 Rock." While its "Lizzing Lemon" flavor may be fictional, we'd like to think that there's no such thing as too many "30 Rock" ice cream possibilities.

Liz Lemon Greek frozen yogurt will be available at Ben & Jerry's scoop shops in the next few weeks and on grocery shelves shortly after. 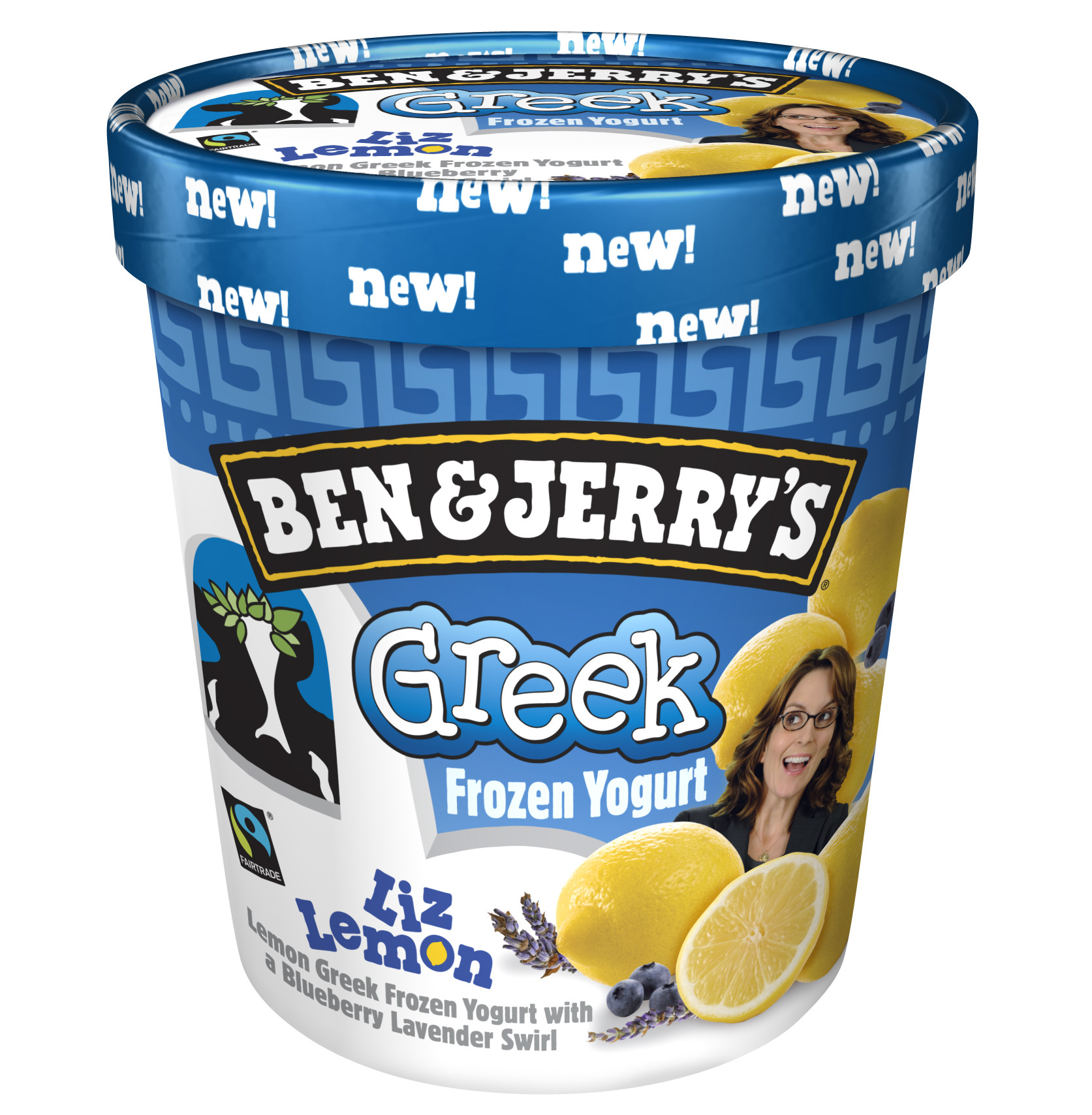