Just a lizard strummin' on a leaf guitar. Nothing to see here.

Photographer Aditya Permana said he happened upon a forest dragon lizard in Yogyakarta, Indonesia, and managed to capture the moment the little reptile picked up a leaf and held it like a guitar. Permana watched the lizard for an hour before getting the shot, but it was clearly well worth the time spent.

"I did not directly photograph the lizard at first, until the lizards feel calm and comfortable around me," he said, per the Daily Mail. "I noticed it looked like it was playing a guitar – and it didn’t move at all."

Some who've seen the picture have questioned whether it may have been staged. Gawker's Antiviral blog suggested that the image shares similarities with other images that have drawn such accusations in the past. Two herpetologists who spoke to HuffPost said that it's unlikely that the lizard would have positioned itself in this way, or remained that way for very long.

"Lizards do not lay on their backs and sit up like the one shown in the photo," Adam D. Leache, an associate professor and curator of genetic resources and herpetology for the Department of Biology and Burke Museum of Natural History and Culture at the University of Washington, told HuffPost by email. 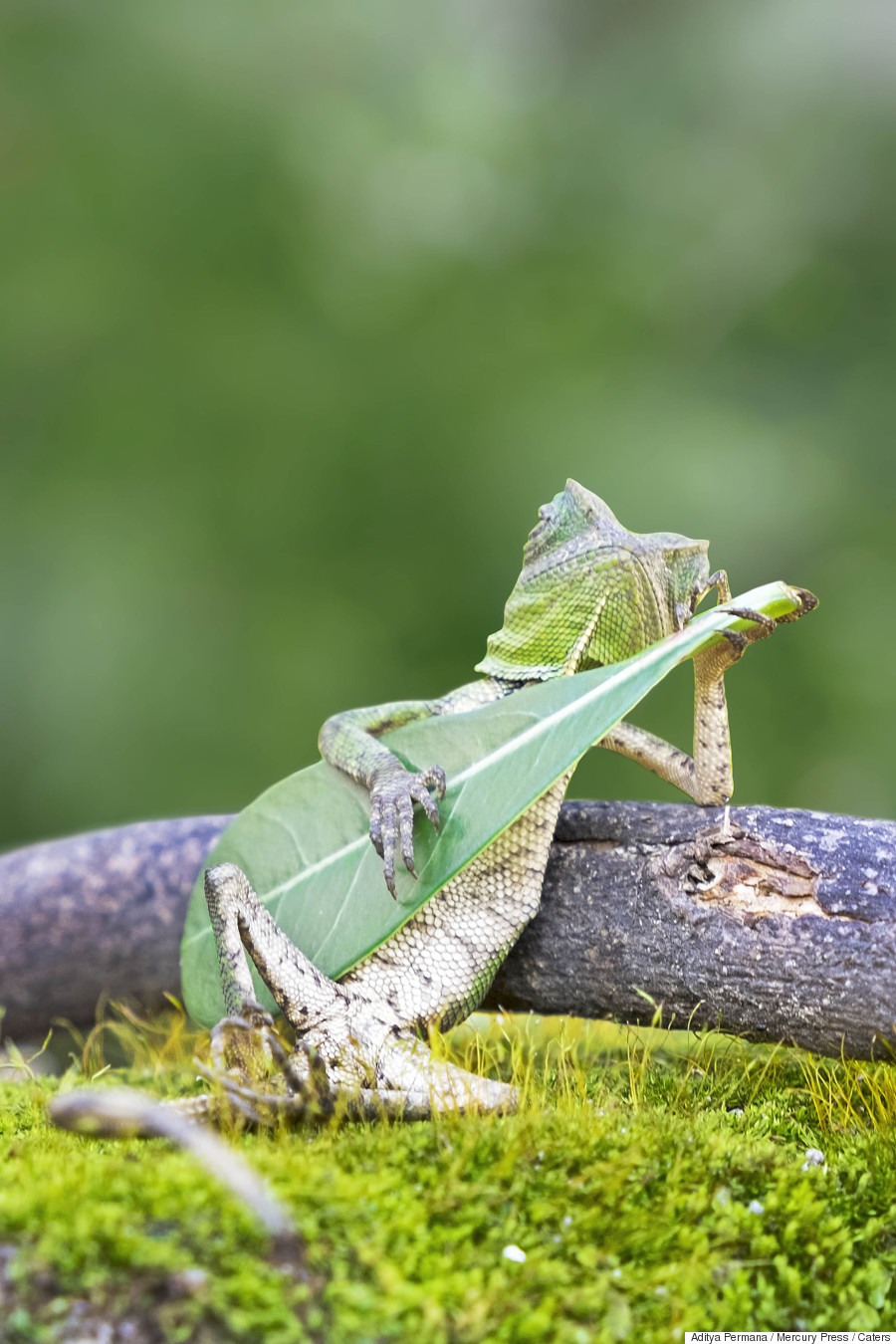 This article has been updated with additional sources raising concerns about the authenticity of the photograph.

"Oh god, what happened last night?"
Imgur
Birdman?
Reddit
Who wouldn't want to kiss with lips like that?
Reddit
Who's a good girl using all my conditioner?!
Reddit
McGruff the crime dog went on to have a beautiful daughter.
Reddit
Melty, come!
Reddit
Oh no, it's dog melting epidemic!
Reddit
Have to find out that camel head's dieting secret!
Reddit
Your girlfriend's hatred of cats makes so much more sense now.
Reddit
Cat's got a good strong back!
Reddit
It's his tail flopped over. Yeah, we know. But it's just his tail.
Reddit
When your very flexible fourth leg looks like a smaller waving fifth leg. #CatProblems
Reddit
Don't worry, this dog is part liquid.
Reddit
Is it a duck or a rabbit? A ruck? A dabbit?
Reddit
So THAT'S how the dog is able to eat so much.
Imgur
A face only a werewolf mother could love.
Imgur
Hey, the dog is a more attentive driver than most humans.
Reddit