There comes a day in every professional photographer's life when he or she is asked to snap photos of a truly bizarre subject. For Jen Osborne, that day happened last year, when she ventured to Washington for an assignment at Bellingham Health and Rehabilitation Center.

There she focused her lens on a pair of therapy llamas who traveled from farm to hospital in order to visit a group of elderly patients. Osborne trailed the activities of Marisco and N.H. Flight of the Eagle, as the llamas are called, documenting their heartwarming interactions with center residents, all of whom were recovering from various illnesses. 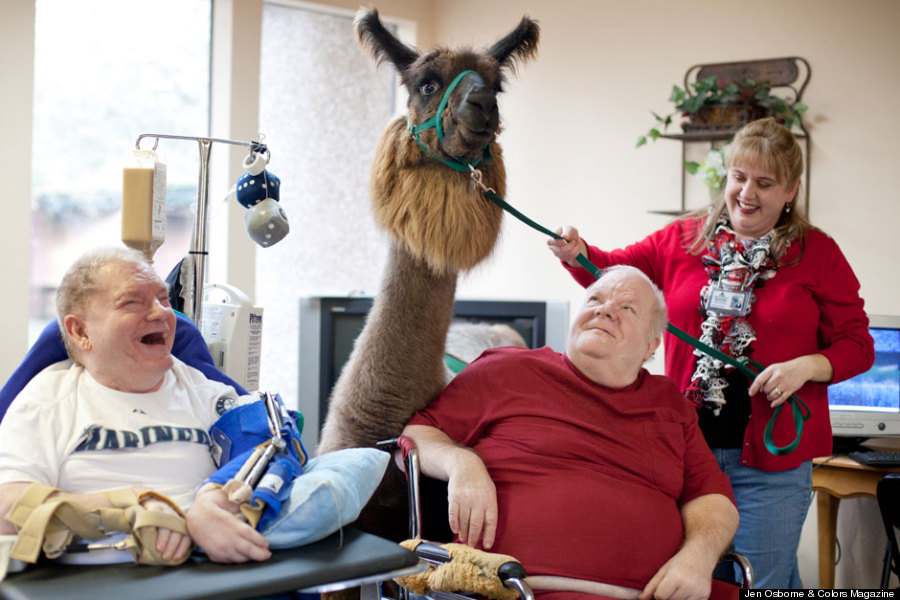 According to Colors Magazine, the media outlet that commissioned Osborne's unique series, the concept of introducing animals into therapy dates back to 1975 when a social worker named David Lee at the Lima State Hospital for the Criminally Insane presented his patients with small animals as gifts. The results were undeniable -- fighting amongst inmates decreased, and the use of therapy animals has been an effective method of treatment ever since. 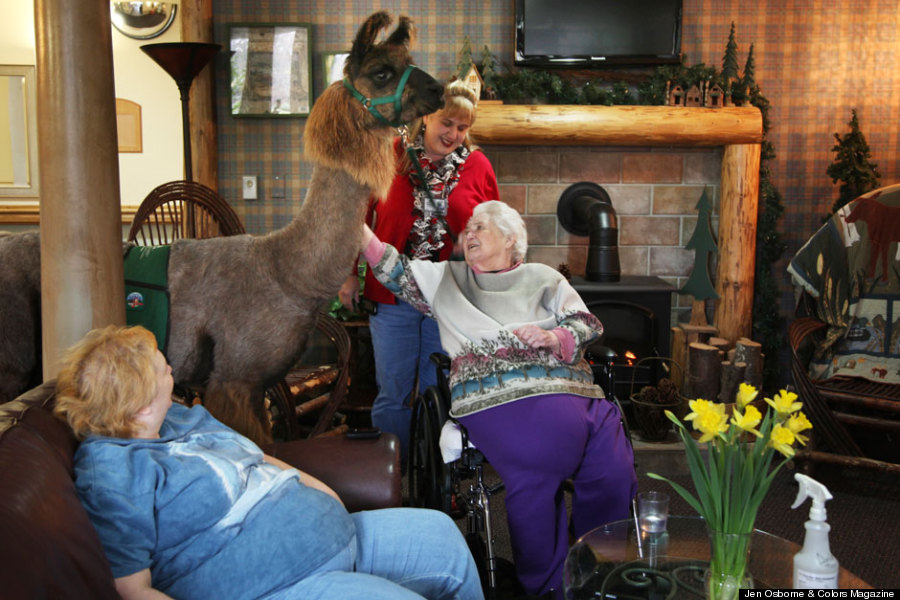 But Llamas are certainly not the most common animal in the field. In fact, in its "Happiness" issue, Colors Magazine states that only 14 of the 10,000 therapy animals in use are llamas. Surprisingly, this fact didn't phase Osborne, who now resides in Berlin, Germany. "It seems normal to be surrounding old people with strange, beautiful animals," she explained to Slate. "[The llamas] were amazing. I wouldn't even say they were like dogs, because they were even more obedient than dogs."

Osborne met the llamas back in January 2012 but she's allowing us to relive the wonderful memory now with her series of genuinely uplifting photographs titled "Llama Love." Behold, some llama nostalgia for your viewing pleasure: 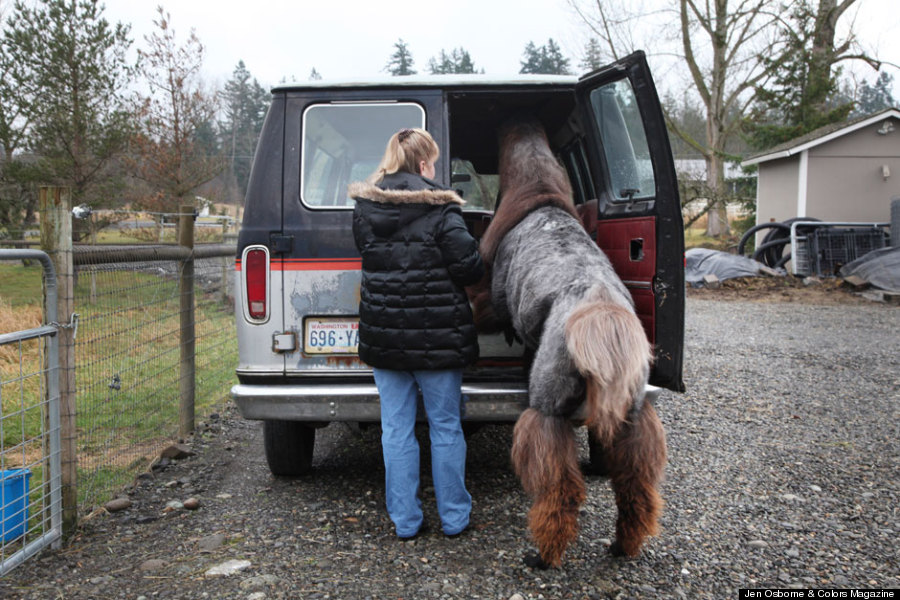 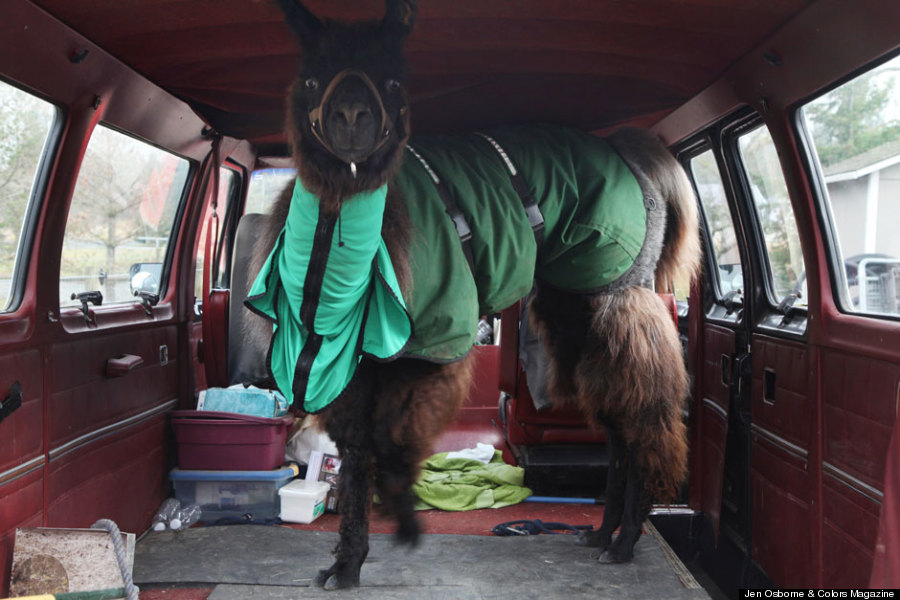 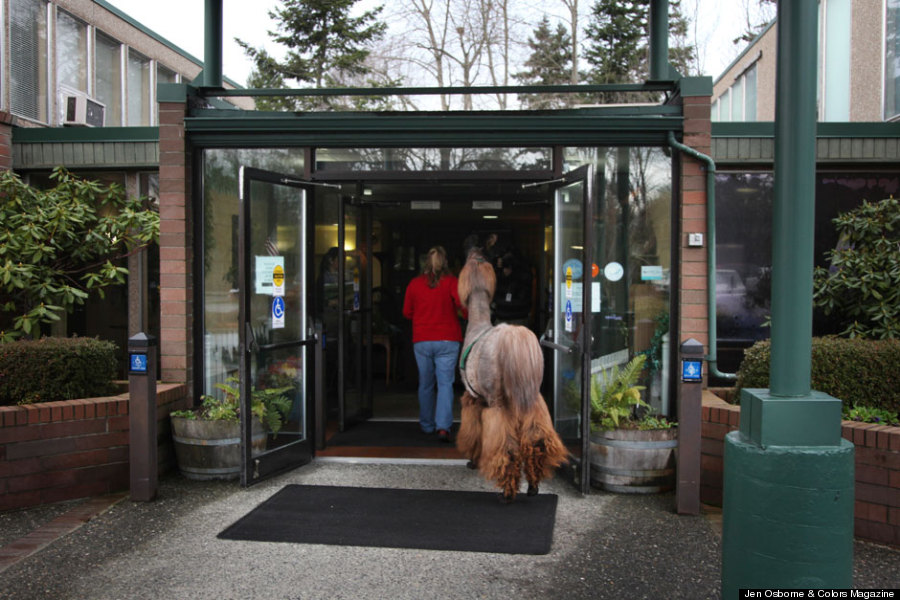 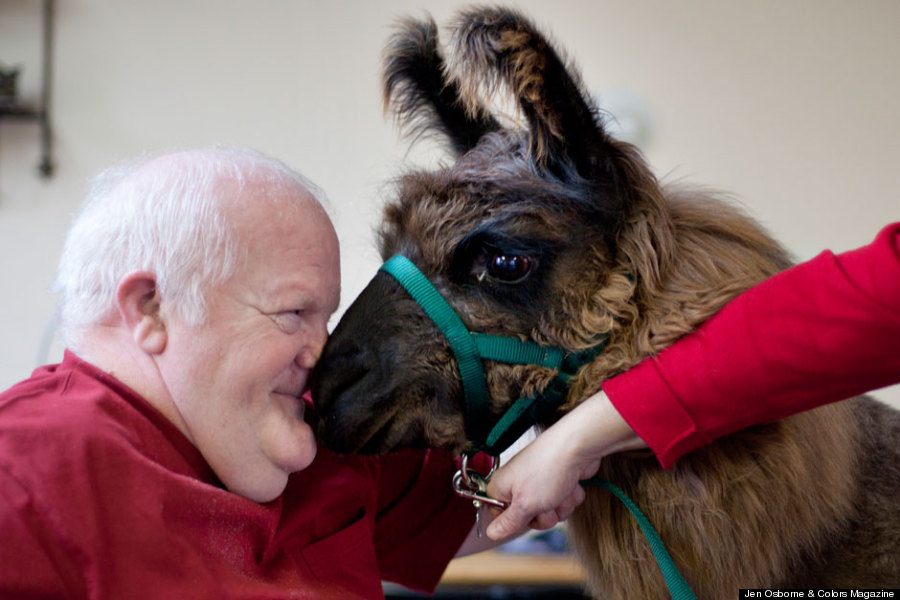 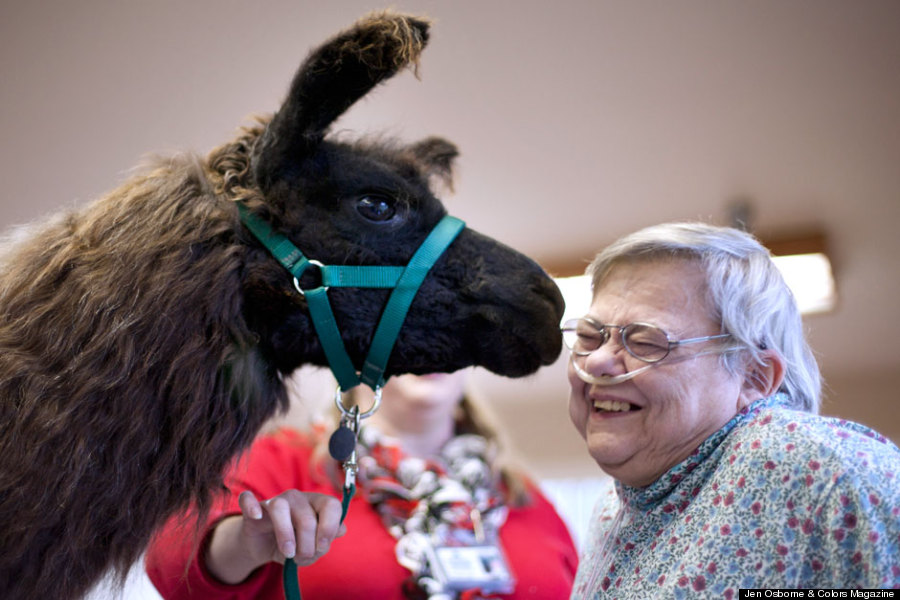 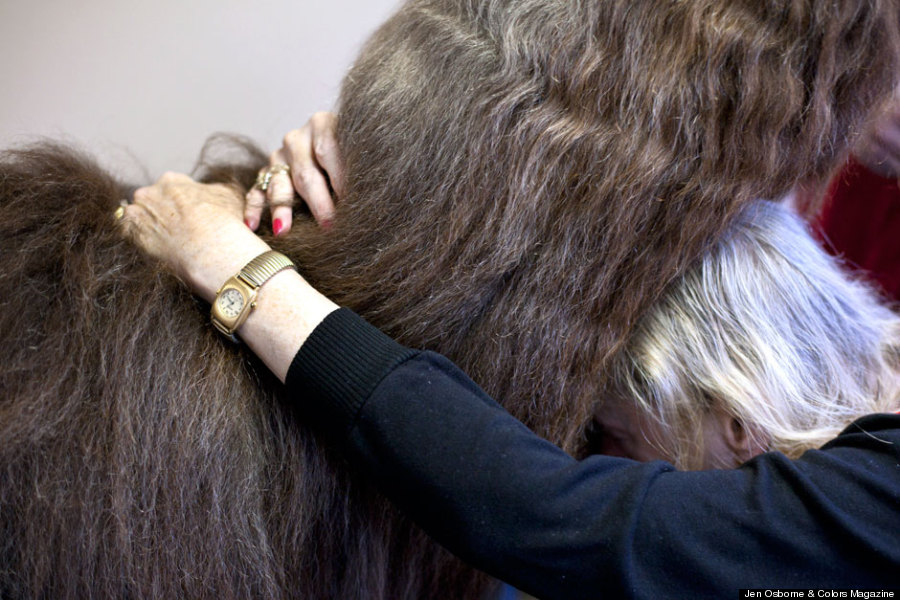 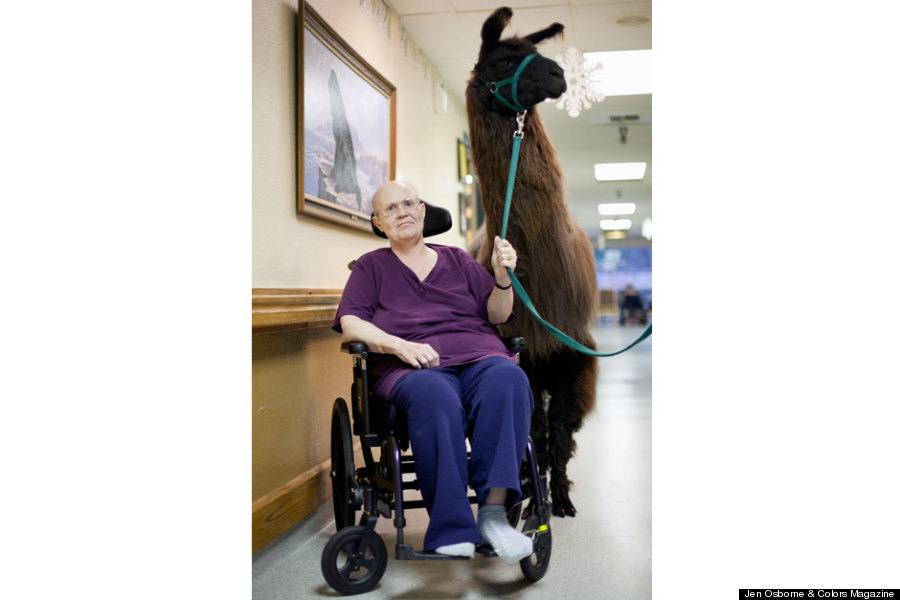 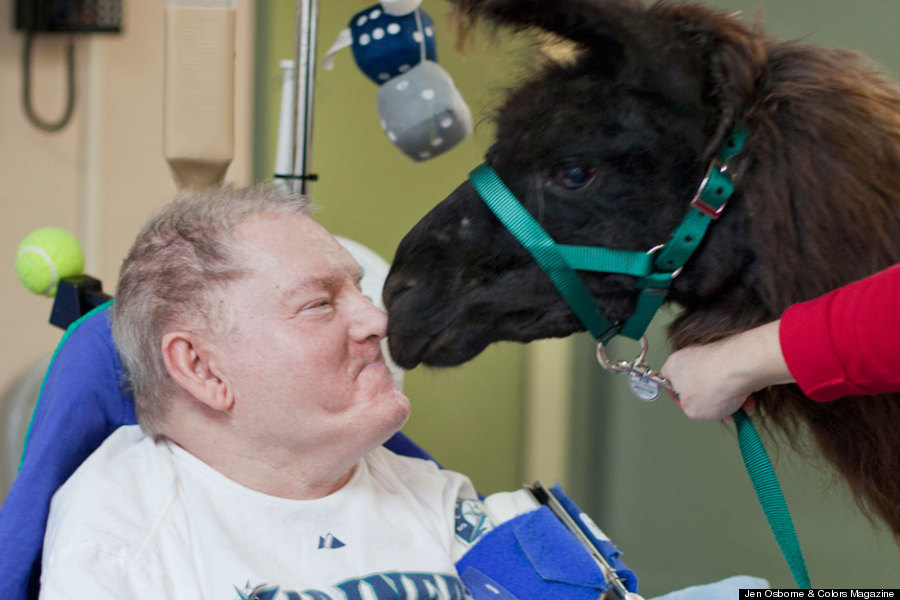 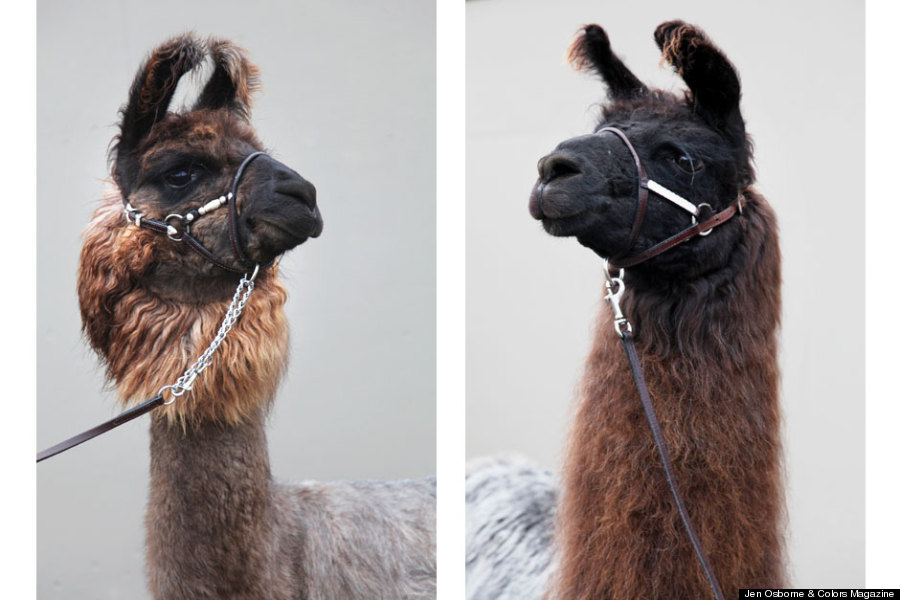 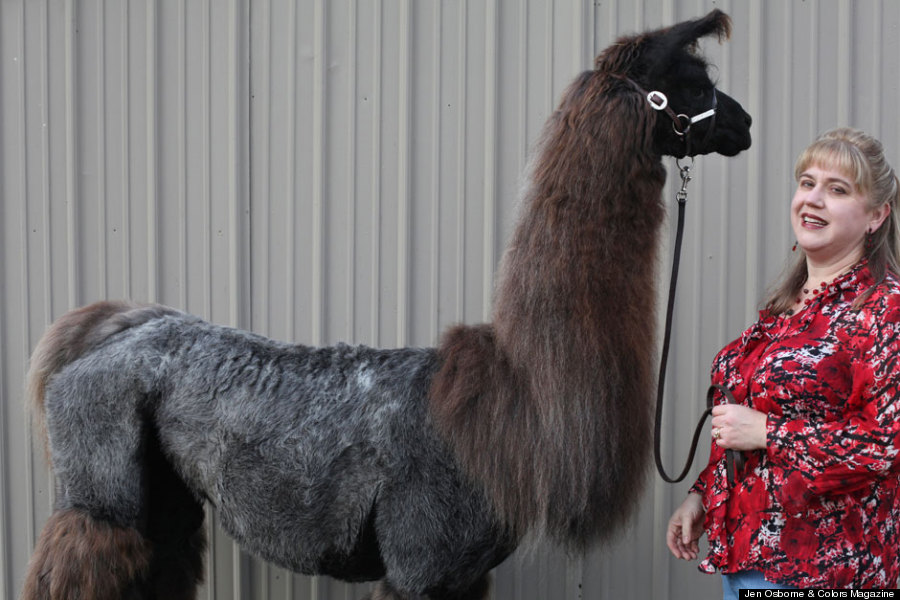 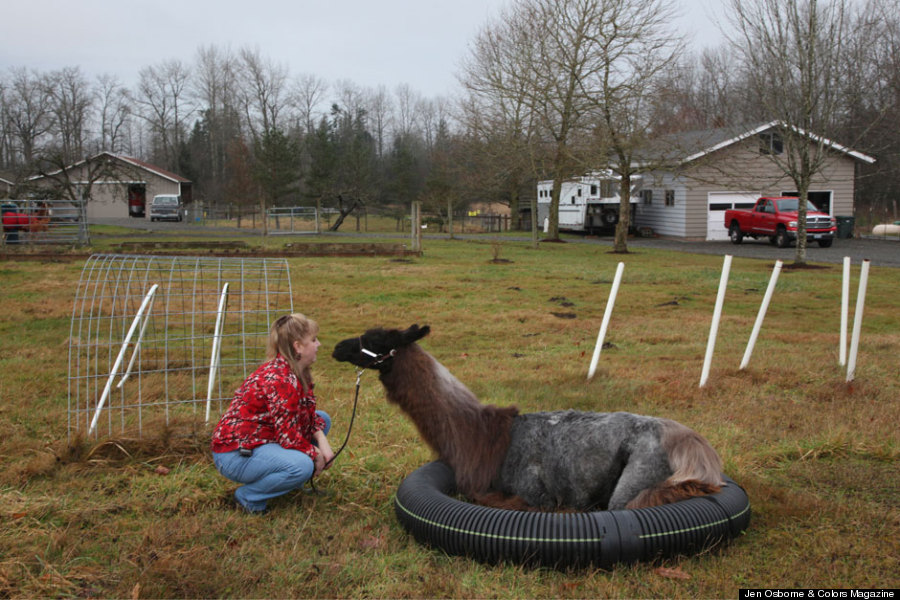 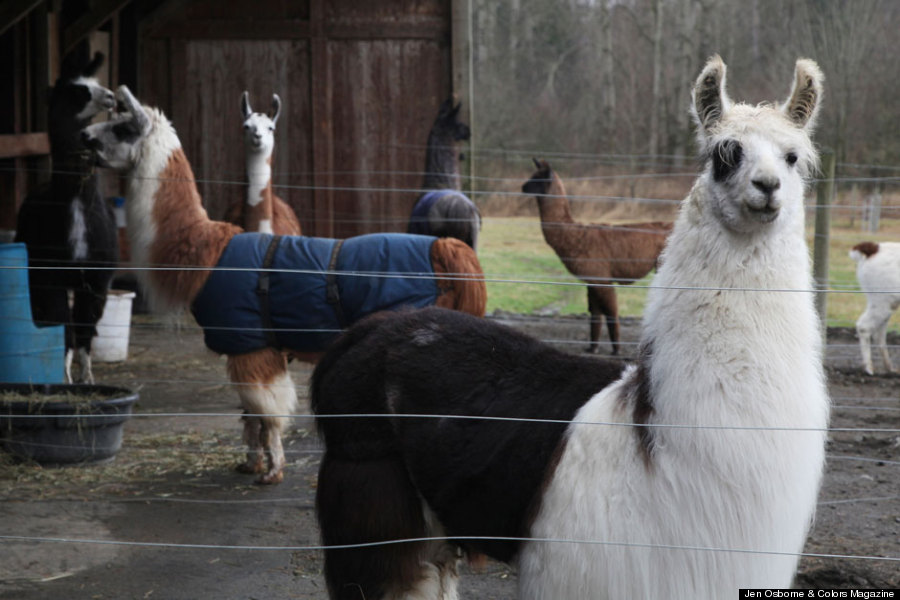 Colors #83 - Beat your intimacy issues from COLORS Magazine on Vimeo.

All photos courtesy of Jen Osborne and Colors Magazine.