Roswell Friend, 22, went for his last run on August 18, 2011. Images of him running were captured by security cameras at Temple University -- where he had been a student. In an e-mail, his mother, Regina Friend, wrote, "my son ran track [at Temple], and was just about to graduate. He'd earned all the credits, but hadn't 'walked.'" He left behind his cell phone, his wallet, and car keys at home. The fall out for his mother has not just been the emotional end. She also recently learned that the IRS is pursuing $14,000 in taxes for Parent Plus Loan. Although the loan of approximately $58,000 was forgiven by the lender -- Sallie Mae -- Ms. Friend is struggling to understand the IRS's motivation.

As for her son, Ms. Friend immediately knew something wasn't right when he failed ot call her. So a search began -- with teams of people -- for the young man who was close to graduating and had a job lined up.

His mother went to Philadelphia to search for him. "I knew something was wrong when he didn't call me for two days," she said by phone. In addition, hundreds of people from various communities who knew her son -- his friends, concerned parents, track teammates -- came out to help Ms. Friend search for his son. Some, she said, didn't know him, but were simply concerned about his well-being.

Beginning on August 18th until August 22nd, Ms. Friend searched for her son in the early morning hours. She would begin her day at 7:00 a.m. and not stop until 6:00 p.m. The hours were grueling, but, "it's all I could do," she told me.

Her son was eventually found dead on August 22nd from an apparent suicide. News of this young man's death was felt by hundreds and hundreds of people.

The grieving continues and recovery is a day-to-day struggle. As is expected, through the process of losing her son and finalizing things in a life that he once lived, Ms. Friend began attending to her son's financial world. Since he was preparing to graduate from Temple, this also meant that she had to deal with his own student loans and the Parent Plus Loan that she took out with Sallie Mae.

The conversation reminded her of how he made the decision to leave Morgantown University for Temple. "I remember this large envelope that was the color of burgundy. 'What's this?' I thought." She opened the letter, which was from Temple, and it read, 'Congratulations! You have been accepted to Temple University.'" Ms. Friend was confused, so she called her son. She laughed recounting the exchange.

"What's this [letter] about?," she asked him. He immediately began yelling into the phone, she told me. He then exclaimed, "I got in! I got in! I want to run track for Temple, and I wanted to do it myself." Ms. Friend had not been aware that her son had applied to another college. At first she was angry and felt that he should have consulted with her about the decision.

She also recalls asking him, "How are you going to pay for this?" adding, "That's when the money talks began."

The frustration with her son's decision to not inform her of his application to Temple subsided, and upon further reflection she embraced his action.

"You know, a lot of people his age are in trouble, dealing with court issues, and my son wanted to go to a better school. I told him, 'I want you to get a good education and a good job. That's all you need to do," Ms. Friend said sighing. "I was a single mom, and I just wanted to help with my son's education."

Ms. Roswell made it clear often that she was committed to her son's education, which she believed would enable him to land a salaried job. "He was doing a good thing. So, I told him, 'I'll get the money, and we'll figure it out.'"

Now, she is filled with deep regret, and her tax preparer is trying to help her sort out the situation. If the IRS makes her pay $14,000 for loans that were forgiven after her son's death, Ms. Friend is not sure how she'll make ends meet.

Unfortunately, this scenario is not uncommon. Persis Yi, a staff attorney at the National Consumer Law Center, explained, "Unfortunately, the law does require loans discharged because of disability or death to be reported as cancellation of debt income. Borrowers who receive a 1099-C based upon the discharge of their loans should consult a tax advisor because they MAY not have to pay the taxes if they qualify for certain exceptions. It is truly unfortunate that borrowers may be taxed on student loans discharged because of disability or death. Borrowers who qualify for these cancellations are either totally and permanently disabled or have experienced the death of child. Taxing these amounts is like throwing salt on a wound. While there are options for some borrowers, they are complicated and confusing. It is most unfortunate that the system is set up to wreak great havoc on borrower's lives at a time when the borrower deserves the most compassion."

As Ms. Friend expressed in an email, it's "adding insult to injury" after she lost her only son. 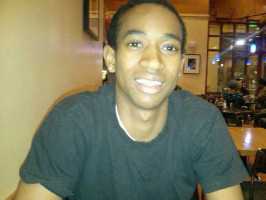