There has been much lively discussion in Honolulu Civil Beat recently on what it means to be “local.”

Many participants in the conversation seem to assume that to be local is to be non-white.

Yet, I am white and I consider myself local. I am a local haole.

Local haole would seem to be an oxymoron because the word “haole” is defined in the Pukui and Elbert’s Hawaiian Dictionary as a white person of foreign origin. So how can a white foreigner be considered in any way “local?” 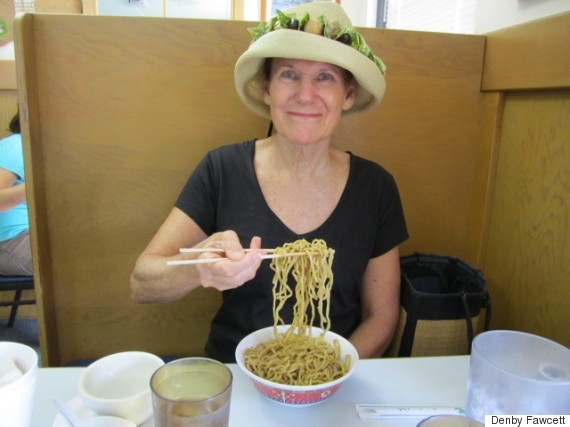 I contend that localness has more to do with where we carry out our most meaningful life experiences rather than where we are born or the color of our skin.

I was born in Los Angeles and moved here from Piedmont, California, when I was 8. My family came to Hawaii on a ship named the President Wilson in 1949 after my father was fired from his job by the late industrialist Henry J. Kaiser. Kaiser sent my father packing, telling him he was a terrible employee who would be better off if he opened up his own business.

We relocated to Honolulu because my father had loved the place ever since he lived here briefly as a young man in a cottage on Coconut Avenue at the foot of Diamond Head when he and his friends were trying to make their way around the world working on cargo ships.

After we moved here, my father worked hard to become a successful Honolulu business owner, and years later Kaiser became one of his biggest clients.

Being of California birth, you could truthfully call me a coast haole or a mainland haole, but over the next 66 years I gradually transformed into a local haole.

The change was due to my strong and enduring relationships with many locals, including local haoles, and the experiences we shared.

Taiye Selasi, a writer of Nigerian-Ghanaian descent, addresses the topic of localness in a TED talk titled, “Don’t ask where I am from, ask where I am a local.”

Selasi says, “All experience is local. All identity is experience.” She says our experiences determine where we consider ourselves “a local.”

In a recent Civil Beat podcast, former Hawaii Gov. Ben Cayetano also spoke of the concept of localness as a creation not of race or birth but of shared experiences.

Cayetano says his father came from the Philippines and that he is a Filipino but he identifies himself instead as a “local boy. I am as local as they come.”

Cayetano says if he had grown up in a large city on the mainland he might have identified more with being a Filipino-American, but here in smaller Honolulu, where people are often pressed together, he took on the identity of the group.

“Here it is more accurate to say you are local,” Cayetano says. “You have Filipinos, Japanese, Chinese, and some Caucasians, Portuguese, Hawaiians growing up in a comparatively small place. Whereas on the mainland, when I went to Los Angeles to go to school, they have all these ethnic groups. They were Balkanized because it is so big there. Here it’s different. We were forced to interact. And you get invited to all these weddings, birthday parties and baptisms. You get to know each other pretty well and your racial identity gets a little murky.”

I grew up in the same post-World War II Hawaii period as Cayetano did. Life then was smaller and slower. We were more closely connected to each other. It was during this time I embraced many of the experiences, rituals and relationships that helped forge my identity as a local haole.

One unforgettable experience we locals shared was racial discrimination.

I am not sure haoles who moved here from the mainland could say the same thing. Caucasians make up 77 percent of the population on the mainland. They are the majority.

In his podcast interview, Cayetano talked about his anger and humiliation when he and his middle school friends were kicked off Kahala Beach, where they had bicycled from their homes in Kalihi to go spearfishing. Cayetano says they were in the water with their inner tube and their spears when “a big haole man” yelled at them “get the hell out of here.” Another beachfront homeowner called the police on them.

I grew up in an old wooden beach house on that same Kahala Beach where Cayetano and his friends had their outing ruined by two smug racists and their cop accomplice. Our neighborhood was full of people with too much time on their hands who liked to cause trouble. I remember the Japanese woman named Clara, who was the maid of our next-door neighbor, a widower we called Old Man McComisky. Clara was always yelling at me to stop riding my horse on the beach or she was going to call the Bishop Estate, the landowner which held the leases to our houses.

That was unpleasant, but Clara’s harassment was motivated more by her smallness of spirit than prejudice. The prejudice I experienced was not on our beach but at the bus stop near the present day Kahala Mall where we had to transfer to another city bus to get home from Punahou. At the bus stop, we were forced to mingle with some anti-haole girls we called “the titas” who enjoyed beating us up. They would mutter “damn haoles” before giving us a shove.

At first we were scared of them but then we started fighting back when we successfully pitted our best fighter against the titas’ main combatant, a hulking bruiser from Palolo Valley with dangling earrings named Theresa. Our tiny blonde fighter, Andy Durant, all muscle like a Siamese cat, pulverized Theresa and tried to yank out her pierced earrings before we begged her to stop. Eventually the titas lost interest in attacking us.

To this day, as a haole, I continue to experience discrimination but in smaller, subtler ways, most recently from a reader of my Civil Beat column. The reader was upset because I was a haole using pidgin English to explain why I thought former Gov. Neil Abercrombie was so smashingly defeated in his 2014 bid for re-election.

That is the un-fun part of being a local haole: having to endure such locally crafted restrictions, i.e., if you are a haole, you should not dare to speak pidgin. But I say there’s nothing wrong with speaking pidgin if your speech is grammatically correct and flawlessly accented like the pidgin spoken by my red-headed, pale-skinned friend Libby Orrick Antone, who grew up in a plantation town on Kauai.

Despite this logic and my love for hearing pidgin, I follow the local, unspoken restriction: As a haole, I never speak pidgin except in small phrases among close friends.

My own status as a local haole never occurred to me until I was a Ph.D candidate in anthropology at the University of Hawaii at Manoa. When I was passing through the Anthropology Department office one day, I overheard a conversation between the graduate students administrator, Ethel Okamura, and some of the Japanese-American secretaries. Ethel, who was frequently grumpy and fed up with the graduate students, was telling the secretaries that I was okay because I was a local haole.

I translated Ethel’s remark, rightly or wrongly, as a prejudiced statement to mean that as a “local haole,” I was better, less annoying than most of other graduate students in our program who were primarily mainland haoles.

I knew it was a divisive way to categorize haoles, but at the same time it made me feel special.

My friend Leilani Adams Maguire is a local haole. Her great-great grandfather, Antone Jorge Cunha, came to Hawaii as a whaler in 1850.

But Leilani doesn’t like the term local haole. She considers it discriminatory. She says, “There are always these little fine line prejudices here.”

Longevity Is Not the Deciding Factor

What makes someone a local haole besides shared experiences? Well, in the largest sense it has to do with caring very deeply about the islands. It involves thinking about everyone here as “us,” not “them.”

My friend Glenn Woo grew up in Kaimuki and graduated from St. Louis High School and by all rights should be considered local. His family has lived in Hawaii since 1883 when his grandfather, the Reverend Woo Yee Bew, arrived from China to become the first Chinese preacher for the Episcopalian Church in Hawaii.

Yet Glenn hates it here. He says he no longer cares about what happens in the islands. He lives in New Jersey, from where he sends me many emails decrying the stupidity of “the locals” in Hawaii. I doubt if he would ever identify himself as a “local” and at this point, I would say he is definitely not. Like some others, Glenn prefers to be local someplace else. 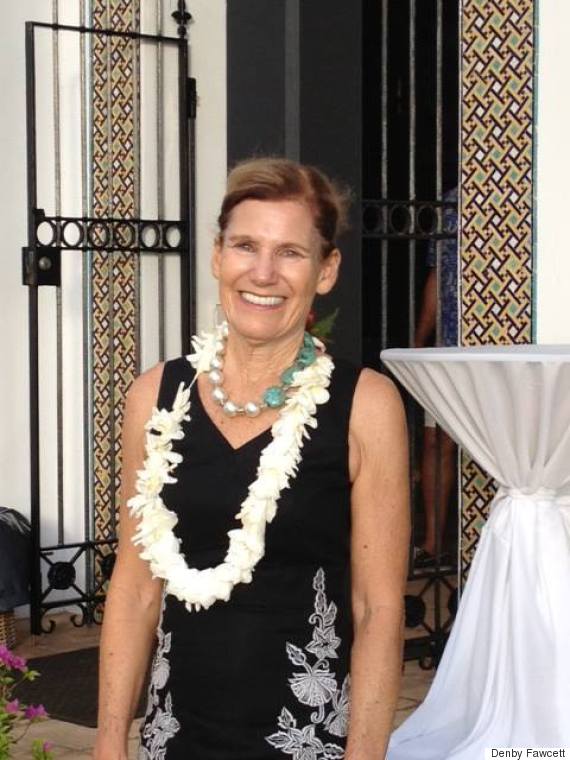 I have met haoles who were born here but never become local haoles. They don’t want or need to attach themselves to Hawaii. They hang around with the same haole friends, insulate themselves in the same haole clubs and live in the past glory of their days when Punahou was a Caucasian-dominated school.

And yet I have met newcomers who seem to fit in from the minute they set foot on Hawaii’s soil.

My high school classmate, Dana Anderson, says the new arrivals who quickly become locals are people “who ‘get it’ instantly. They fall in love with Hawaii as we did. It has to do with appreciation and respect.”

Anderson was born in Helena, Montana, but as a teenager moved back to Honolulu, where her family had already been living for five generations after the earliest members washed ashore in a shipwreck.

As for me, I have my own culturally created restrictions on polite local behavior. I cringe when I hear Waikiki entertainers and politicians say the silly and long drawn-out “Aloooooo-Ha, likewise tourists who say they “got lei-ed” when someone presents them with a lei, and I can’t stand it when Realtors call the beach at Diamond Head “The Gold Coast.”

That contrived name sounds more like some grubby stretch of sand in Florida rather than Kapua, the historic beach where Queen Kaahumanu and her royal companions surfed with skill and joy throughout long summer days.

To be a local haole is to remember the Hawaiian kings and queens and the hard-working makaainana and still feel their presence as ghosts swirling around us today. It is to embrace all of Hawaii’s inhabitants, even the most clueless mainland haoles, as “us” rather than “them.”

Being a local haole is to give back, to care about Hawaii’s future. As Anderson says, it is all about appreciation and respect.