During the preparation process of the post-2015 agenda, a High-level Panel was appointed by UN Secretary General Ban Ki-moon to advise on the global development framework. The Panel, composed of eminent personalities from various countries and sectors, was part of the UN strategy to foster participation and local consultation in the designing of the Sustainable Development Goals (SDGs). Yet, despite those efforts, the challenge ahead still lies in the complex integration of the SDGs in local urban policies and projects. Learn from four cities Accra, Ghana; Tehran, Iran; Jakarta, Indonesia; and Bogotá, Colombia on ideas for adapting development frameworks to local contexts. 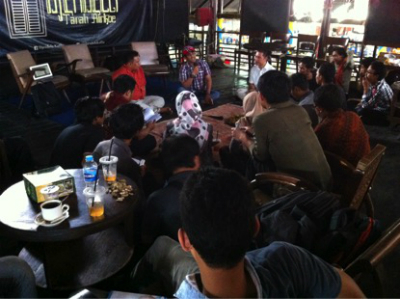 The President of Indonesia was appointed as one of the co-chairs in the UN High-level Panel. Therefore, in Indonesia, numerous consultations with different stakeholders were conducted during the process in order to identify priorities and the direction of development in accordance with the current situation. Kemitraan ("Partnership for Governance Reform") was one of the Civil Society Organizations (CSOs) working to ensure that local voices would be included. Kemitraan uses three approaches: (1) providing technical assistance and direct support to the government in order to formulate development priorities, (2) strengthening the role of local government in planning, implementing, and evaluating the post-2015 development agenda, and (3) building capacity of local CSOs to enable them to actively participate in the development process and policy formation. It also organized forums called "Localizing the Post-2015 Development Agenda" throughout Indonesia. It thus could identify the current state of development issues and resources as well as formulate goals and priorities in the region.

Indeed, some of the reasons for the limited success of the Millennium Development Goals (MDG) include lack of local participation and the top-down approach of the MDGs, without focusing on local needs and preferences. As part of the process to ensure inclusive dialogue, the United Nations (UN) selected Ghana as one of the 50 countries to provide inputs on priorities and feedback on the means of implementation that will define the development goals. During the dialogue process, a series of stakeholder meetings were held in the poorest region of Ghana. Slums of Accra, Kumasi, and Takoradi, the three largest cities in Ghana, were selected for focus group discussions and consultation with professional groups and civil society organizations. Accra's urban poor raised issues such as environment and sanitation, peace and security, education and skills training, and housing and employment. Feedback and recommendations were taken to the National Development Planning Commission (NDPC) and the UN towards informing the implementation of the SDGs.

During the MDGs implementation, one of the factors that may have played a significant role in the variation of advances is the particularity of each country's political system. In Colombia, the system that regulates the election of local officers, including mayors and city council members, has played a significant role in advancing the MDGs. Newly elected mayors often have a relatively low percentage of the vote, and feel little incentive to create ample electoral coalition. This situation makes governing the city and approving major reforms difficult, and requires a constant need to seek legitimacy and the ad hoc support of different groups at different times in the policy formulation and implementation process. International support and validation is thus a very important source of legitimacy in Colombia. This may explain why MDGs have played a significant role in local policy formulation, and why they have ultimately reached relatively higher success. 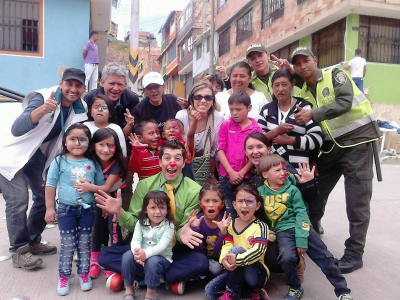 On the contrary, in recent years, the Iranian government has tried to follow the recommendations of international organizations to curb the growth of its slum population. In 2000, largely due to suggestions coming from abroad, the government established the Committee of Empowering of Informal Settlements, whose main objective was to establish "slum upgrading plans." However, these plans have not been very successful. Indeed, establishing new local institutes to encourage public participation instead of top-down planning is very difficult to apply to Iran, where collective action is not welcomed by the authorities. Therefore, these local institutes - which should be cornerstones of the slum upgrading process - were never established. The process was not made participatory and had limited impact. In that sense, since some international recommendations do not seem to work in Iran, creative alternatives that are properly designed for the specific political and social context of Iran are needed.

Check out more of the discussion on aligning local anti-poverty efforts with the SDGs on URB.im and contribute to the debate.