Legendary beast, or harmless geological activity? That is the question raised after a scientist's surprising theory about the Loch Ness Monster resurfaced recently.

The first claimed sighting of "Nessie" occurred in the sixth century, according to Scientific American. Legend has it that the creature appears along with earth tremors and bubbling from the bottom of Loch Ness, one of Britain's largest freshwater lakes.

Formed as a result of a long-ago collision between the northern tip of Scotland and the rest of Britain, the loch sits over the 62-mile Great Glen fault line. Piccardi argues that this position may have fueled centuries of Loch Ness Monster rumors.

"Loch Ness is exactly on the fault zone," Piccardi said in 2001, according to The Telegraph. "When there are small shocks, it can create a commotion on the water surface. Along the fault there can be gas emissions, which can create large bubbles on the surface. There are many surface effects which can be linked to the activity of the fault."

"Most of the sightings involve foreign objects coming out of the water. There's two most common -- one's a hump, and the other is a head and neck," Campbell told ABC News. "At the end of the day, there's still sightings that are inexplicable. There's something physical in there."

Some of the more recent sightings of the long-necked "monster" include Marcus Atkinson's 2012 sonar images of a large object that he claimed followed his boat around 75 feet beneath the lake's surface. That same year, Scottish Nessie expert George Edwards snapped a picture of an unexplained hump-like object that eventually sank back beneath the waves -- though skeptics say he probably just saw a bobbing log.

Throughout the years, high-profile sightings of Nessie have been suspected or outed as hoaxes, according to PBS. What was once arguably the most iconic photo of Nessie (seen below), published in the London Daily Mail in 1934, was later revealed to have been staged.

Even still, is Piccardi's theory likely to close the book on the Loch Ness controversy? Probably not. 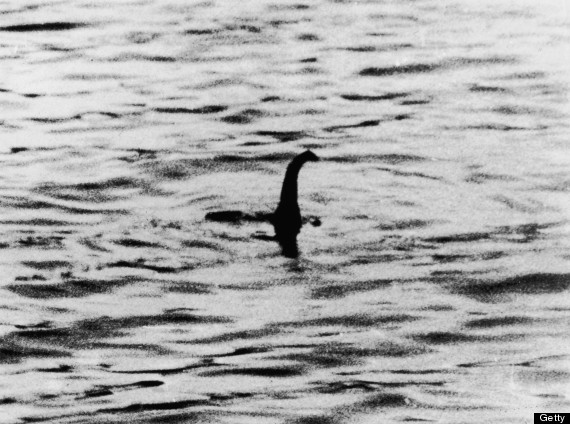