We recently presented a story of how tourists visiting Scotland's famous Loch Ness came away from their vacation with a curious photo that subsequently became an Internet sensation.

When Alan Betts and his wife, Anna, first looked at their holiday pictures after returning to their York, UK, home, they noticed something odd in the following image that had been taken by Anna's mother. 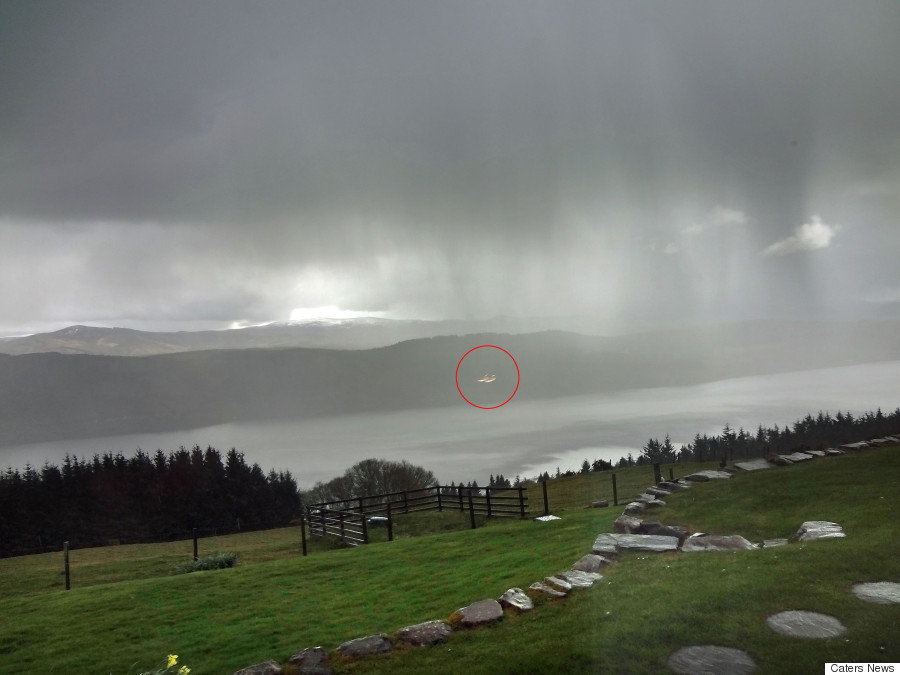 When the Betts zoomed in on the picture and saw something weird in the sky above the water, they released it to the media, hoping someone would determine the true identity of this possible UFO.

Someone did come forth, claiming to know exactly what the photo shows.

"It's almost certainly just the reflection of a light inside the room, doubled up by [a] dual pane window," according to Mick West, a retired video game programmer who now runs Metabunk.org, an online site, "dedicated to the art and pastime of honest, polite, scientific investigating and debunking."

Betts confirmed to HuffPost that various pictures West used from a promotional video (seen below) show the cottage her family stayed in while on vacation.

But, can pictures culled from a real estate video be the best source of an investigation that requires very precise image analysis?

"I would be very interested if [West] could go there and try to replicate it," Betts suggests. "I'm also very skeptical about his statement of one lamp reflecting the same reflection twice in line with one another because of [double-glazed windows]. And we most certainly didn't stage it! I can assure you of that!"

In his article, West goes to great lengths to try and prove that the Betts' collective memory of how the photo came to be taken is in error. To this end, West shows many images and attempts to triangulate a variety of angles and ways in which the UFO photo could only have been taken indoors (contrary to the Betts' story), and that the alleged UFO in their photo was simply the double reflection of a reading light.

Watch this real estate video from which West pulled all of his evidence.

While West suggests the Betts have a fuzzy memory about how this UFO photo was taken -- from inside or outside of the cottage -- one of the images he showed on his site at first wasn't exactly the same one the Betts took. It was reversed.

The following image shows two points of view of the same picture presented by the Betts family. If you look closely, the top frame is from the original image released by the Betts. The bottom frame, however, was from West's analysis in which he uses a variety of lines to clarify the exact angle and window from where -- he maintains -- the Betts UFO picture was taken. 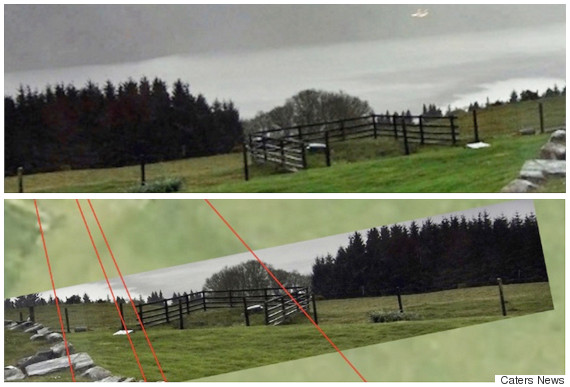 In West's original story, these two frames were exact opposite, mirror images of each other. HuffPost reached out to West about this.

"It's just for convenience, because of the orientation of the viewpoint (looking South), the image would be upside down if placed correctly. I just flipped it vertically," he told HuffPost in an email. "Since all the reference points are centered vertically, it makes no real difference."

West added that he has updated his original article to include the proper orientation of the Betts photo.

When HuffPost sent West's story to Anna Betts, she contradicted his conclusions.

"That is weird. We only came in that day after sightseeing and did not put any lights on. We were outside -- me and my Mum -- to snap both sides of the view which was not visible from the house. I have a picture from a different angle looking the other way. I honestly don't know what curtain reflection he means. To my memory, all the pictures of that day were taken from outside."

What do you think? Has West made his case with his suppositions and, in so doing, has shown how the Betts' recollection of the situation isn't so clear?

Or did the Betts not forget the details of what happened? Maybe the only real way to determine the truth here is if someone goes to this exact location at Loch Ness and reconstructs the event with new photographs.

That way, it should be easy enough to determine if the UFO was nothing more than a reflected reading lamp. And who knows, while they're out there taking new pictures, maybe they'll grab an image of a legendary long-necked creature said to lurk in those murky waters.