DALLAS, Jan 24 (Reuters) - A lock of slain U.S. President Abraham Lincoln's hair and items connected to his assassin were top sellers on Saturday at an auction that fetched $803,889 in the sale of a top private collection of Lincoln memorabilia.

Fetching $25,000 was the lock of hair removed by Surgeon General Joseph Barnes shortly after Lincoln was shot by actor and Confederacy supporter John Wilkes Booth on April 14, 1865. He died the next day.

The lock of hair was among about 300 items that belonged to Fort Worth, Texas history buff Donald Dow and is considered one of the best private Lincoln memorabilia collections known to exist, according to Heritage Auction officials.

The identities of buyers were not available.

Dow, a late Fort Worth art gallery owner, built the collection over five decades, beginning in 1963 with the purchase of a box of books, according to his son Greg Dow, who is selling the collection. The elder Dow died in 2009.

"He started collecting because of his interest in the Civil War and military history," Greg Dow said before the auction. "But then he became interested in Lincoln and the assassination."

Items auctioned on Saturday included a letter to a friend written and signed by Booth in 1861, which went for $30,000. Two separate eyewitness accounts of the assassination sold for $27,500 and $14,375.

The military arrest warrant for Booth sold for $21,250 while a framed compilation of autographs by Lincoln, Booth and Boston Corbett, the Union officer credited with fatally shooting Booth, fetched $30,000.

But a fragment of a letter Lincoln wrote to a Baltimore attorney in 1862, containing a rare admission that the Civil War was not going well for the north, went unbought.

"Considering Mr. Dow's effort to document the assassination and the nation's reaction, it's fitting the collection is offered during its sesquicentennial year," Tom Slate, director of Americana Auctions for Heritage, said in a statement.

Greg Dow said the time was right for him to sell the collection.

"I want other collectors to have a chance to enjoy it," Dow said. (Reporting by Ian Simpson, editing by G Crosse) 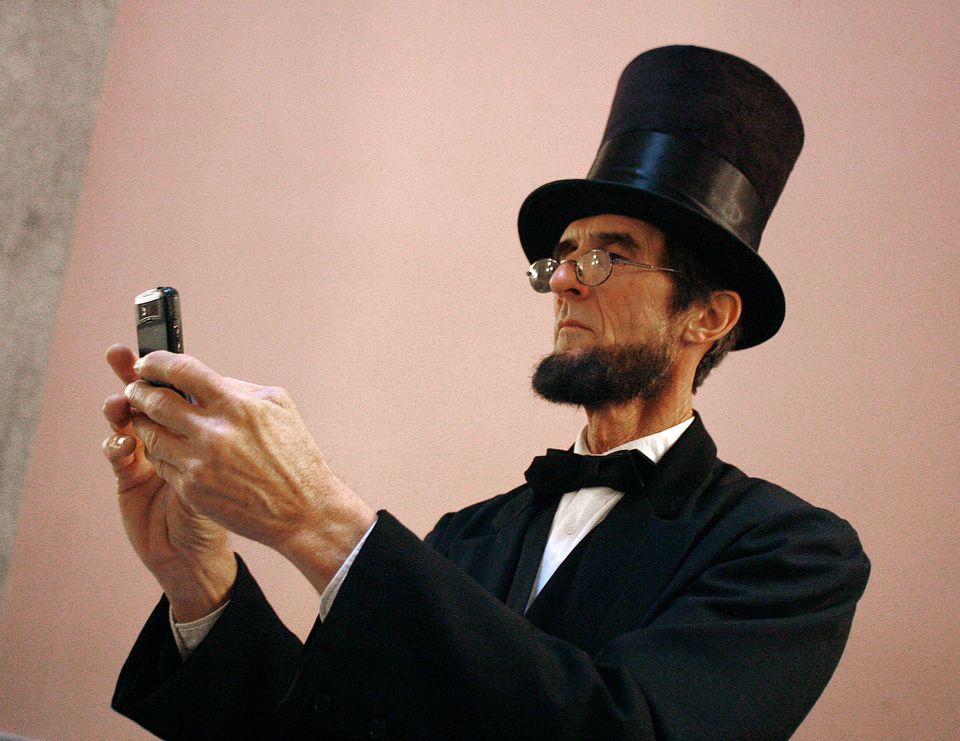 1 / 11
Robert Broski, a member of the Association of Lincoln Presenters, takes a photo with his cell phone during a visit to the Ohio Statehouse on Friday, April 12, 2013 in Columbus, Ohio. The three dozen presenters were there to hear a Lincoln speech in the House chamber given by fellow presenter Jerry Payn. About three dozen Abraham Lincoln impersonators from around the U.S. are convening in Columbus for their 19th annual convention to compare notes and costumes and tour some Abe-related historical sites. (AP Photo/Mike Munden)
AP