When I was 13, I went to the airport with my parents to pick up a relative or friend - I don't remember who it was. As I walked through the airport slightly behind my parents, a total stranger walked past me and grabbed my crotch. I couldn't believe it at first; I thought maybe it was an accident or I was mistaken. A few minutes later, however, the man reappeared and did it again.

I ran quickly to my parents, and held my father's hand closely for the rest of our time in the airport. I never told my parents. I felt ashamed, as if I should have been able to avoid the unwanted touching. In fact, I never told my children or my ex-husband. But for years, I hated going to airports or large public places, always a little leery that it would happen again. And when I found myself on a crowded subway, I generally protected my genitals rather than worrying about my purse.

When I heard Donald Trump's recent statements, I had a flashback to that girl. Now, my incident was nothing compared to what many women undergo. I wasn't raped. I wasn't scarred for life. I didn't need therapy. But I do know that I am not alone in experiencing these types of predatory contacts. My sister-in-law, Beth Harpaz, recently wrote an AP story about women's experiences with unwanted sexual contact, and it is simply extraordinary how frequently these types of incidents occur, and how often women shrug it off or don't discuss it or think it's their fault.

I don't always find myself in agreement with the younger generation on issues relating to feminism or women; for example, I've had a difficult time being completely sympathetic when some of my children's friends talk about rape culture, asserting that we must always believe the purported victim of a rape. Maybe because of my background as a lawyer, I still fundamentally believe that no matter what the allegation, a defendant deserves a presumption of innocence.

However, the offensive comments we are seeing from Trump and his supporters have nothing to do with litigation or legal presumptions. It is the sort of ugly and morally repugnant background noise that we sometimes don't even notice as we go about our daily lives, but it has now been amplified because of the national megaphone of this election campaign. Ben Carson saying, "That kind of banter goes around all the time," Carl Paladino asserting, "That's the way men talk," and Donald Trump and his surrogates defending it as "locker room talk" - these are claims that should outrage all of us. We should push back, and many of us have, including a number of men who have strongly asserted that men do not speak like this, whether in or out of the locker room.

But while few of us are as crass as Donald Trump, some of his attitudes are still all too common. There are many people, both men and women, who think it's no big deal if a man kisses a woman without permission. Who think that women should enjoy sexual comments being directed at them when they're simply walking down the street. Who believe that a woman who wears provocative clothing is asking to be raped, and who suggest that if a woman drinks too much she can't complain about what happens to her. And who state categorically that a woman who comes forward years later to speak about sexual abuse is intrinsically not believable, as if there could be no rational reason - fear of losing a job, fear of not being believed - why a women might not speak out initially.

So maybe we should be grateful to Donald Trump for bringing this conversation about women and misogyny and sexual braggadocio into the national consciousness; it's long past time that we honestly discussed it. It is striking and demoralizing to me that even though so much has changed since I was young, attitudes as to predatory sexual behavior have not evolved enough and too many women suffer daily indignities in their jobs, in the streets and in their homes. As someone on the wrong side of 50, I don't want to leave behind a world in which this type of crude and vulgar discourse is acceptable, in which women are scared to come forward and both men and women think that groping is a rite of passage. And I don't want to leave behind a world in which any girl of thirteen feels the same unnecessary embarrassment and shame I felt in that airport so many years ago.

Groping And Grabbing: Why We Should All Be Concerned About This Election
Baby Boomer Election Issues 2012 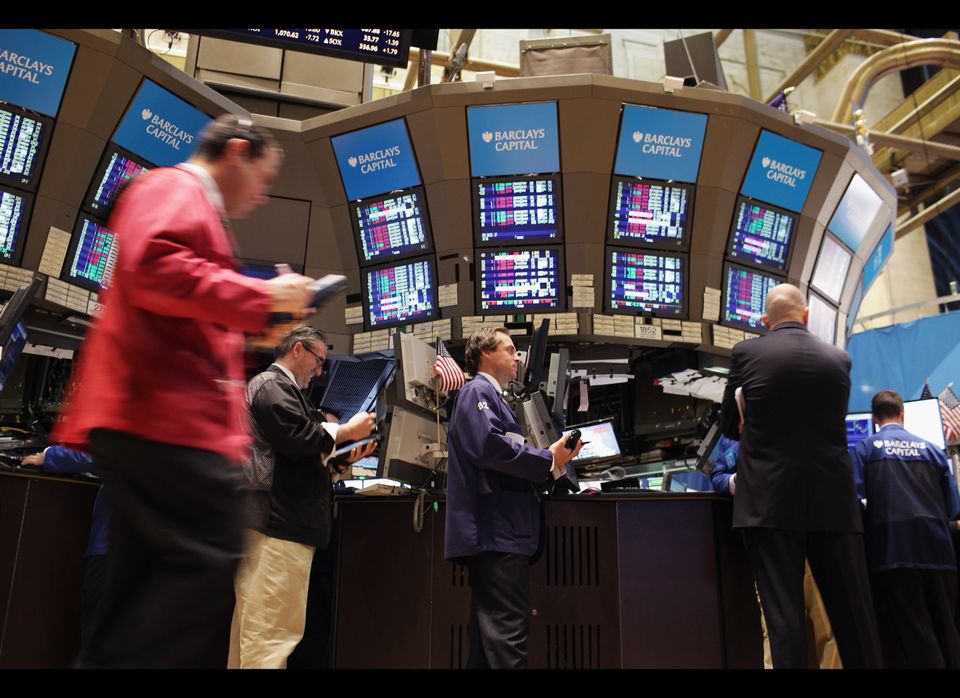