Whether scaling the unexplored gems of New York's concrete jungle, stenciling past the physical limits of the body, or dominating facial hair competitions in his wake -- we can only assume -- Logan Hicks is a man not to be messed with.

We have long admired the artist's uber-detailed creations, involving around 40 layers of stencils and a lot of aerosol paint. Hicks's photographs people and urbanscapes, prints them and then cuts them into stencils (either by hand or using a laser cutter.) His meticulous process yields stenciled artworks so exact they are nearly photorealistic, capturing the dynamics of the city as a living organism.

We wanted to learn more about Hicks' passion for city life and living on the edge. Scroll down for a slideshow of Hicks' work. 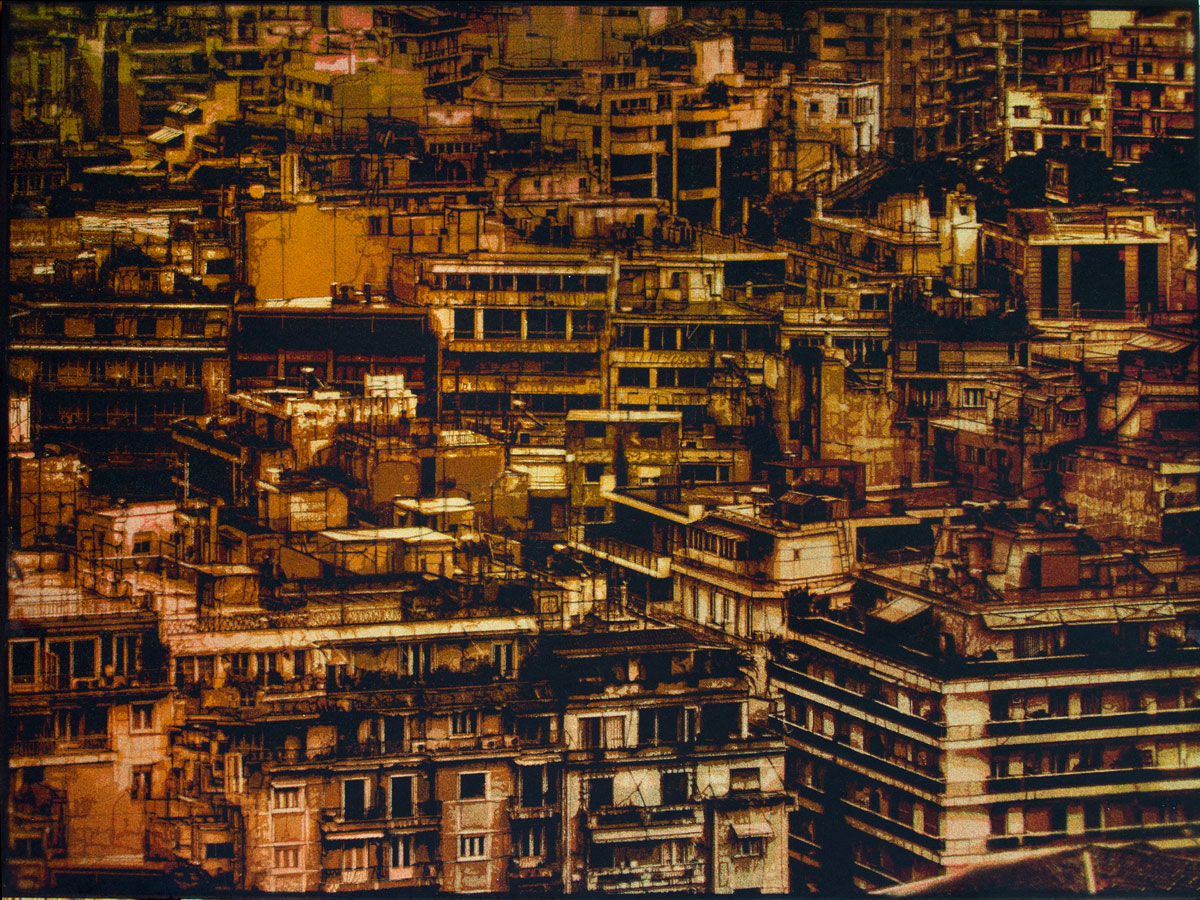 HP: Your most recent show in LA seems to have taken a turn toward more surreal, dreamlike imagery. What spurred this change?

LH: I don't know if I would say dreamlike as much as figurative. Prior to that I was mostly doing ghostly, desolate, urban landscapes. This was the first time I was working with figures. Before portraits, I was portraying this lack of life, and now I am inserting life into it. It is kind of a metaphor.

HP: You based your figures off of models you photographed underwater, right?

HP: You've described your work as dirty and gritty and yet it looks so painstakingly precise. Does it feel like you have a lot of room to experiment?

LH: I like the dirty and gritty sides of the city. And with stencils, it's not an exact science. With screen printing, for example, you literally have razor thin lines where if you mess up a little bit its completely fucked up -- the medium should transcend the subject matter. With stencil painting, if you can see the splatter marks of the paint it's fine, that kind of blue collar handmade aspect lends itself to the work I do. I did okay as a screenprinter but I was a shitty screen printer.

HP: Have you suffered physical pain as a result of your art?

LH: [Laughs] I have had eye surgery three times. When I was young and stupid safety wasn't my first concern. I was working with these metallic flakes that are such fine materials -- once you get one in your eye it embeds itself in the middle. It's like how when dirt gets into an oyster it forms a pearl; your body does the same sort of thing, but it's not as pretty as a pearl. I had to get it cut out. I was also getting daily acupuncture treatment just to be able to write. The turning point came when I was doing a piece that was 13 by 15 feet with a six-layer stencil. It took me three and a half weeks working every day. After 12 hours a day of handcutting, the next day my hand would be so crippled I couldn't even write. It got to a point where this whole idea of handcutting was more about the challenge than it was about the creation.

HP: How has being a father affected your work?

LH: It certainly makes things mean more. New York is not kind to lazy people but it's so much more powerful when you have a hungry mouth to feed. [My son] is far too intelligent to ever be an artist. When he was two and a half he walked out into the middle of the floor and proceeded to recite the alphabet to us, backwards, with no prompting.

HP: Do you have any spots in New York that you return to for center/inspiration?

LH: The subways. Riding on the subway, going onto the tracks, going into abandoned stations-- those are the arteries that carry life through it. For me it is just a real peaceful experience.

See Hicks' artistic creations and daredevil explorations in the slideshow below. 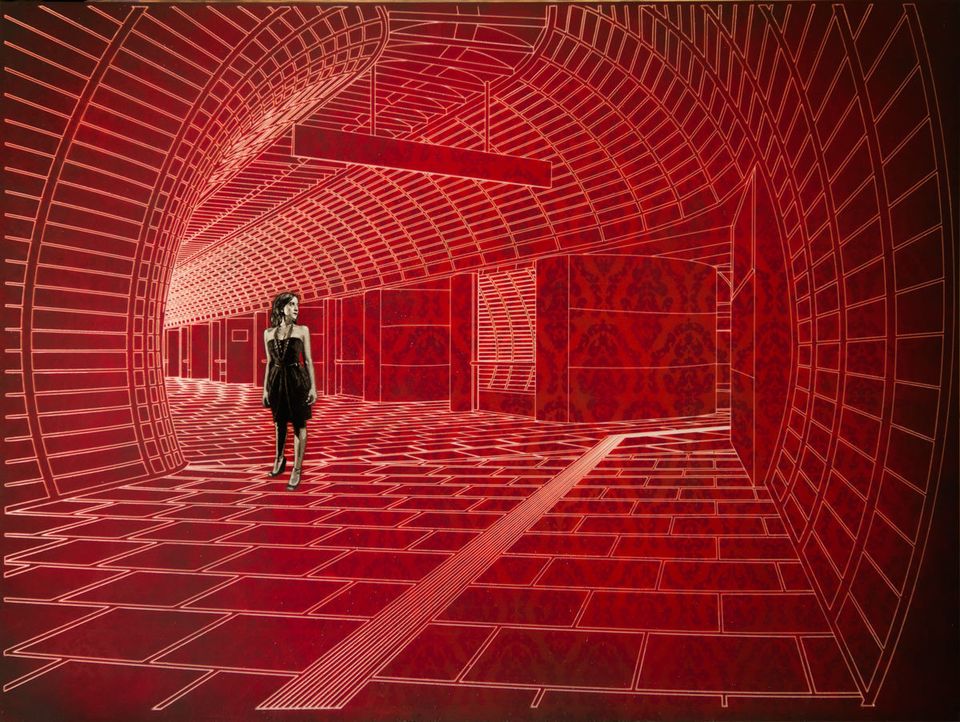