I remain pleased and hopeful that the issue of climate change will continue to receive intelligent attention--both from American business leaders and, I'm beginning to suspect, from President-elect Donald Trump as well.

In an open letter to Trump and other officials earlier this month, hundreds of U.S. businesses expressed their commitment to addressing climate change, in fact identifying it as a key priority. This constellation of major players restated their belief in sustainability, as well as standing by the work of the Paris Climate Agreement, which aims to foster change.

I think it's vitally important to recognize that this is not an ideological issue. On the contrary, these companies have made it clear that at this point it's becoming primarily a business issue, with the future of the world's economy--and America's specifically--directly linked to it. How this country continues to respond is going to be a key determining factor in her role and viability as an economic power going forward. 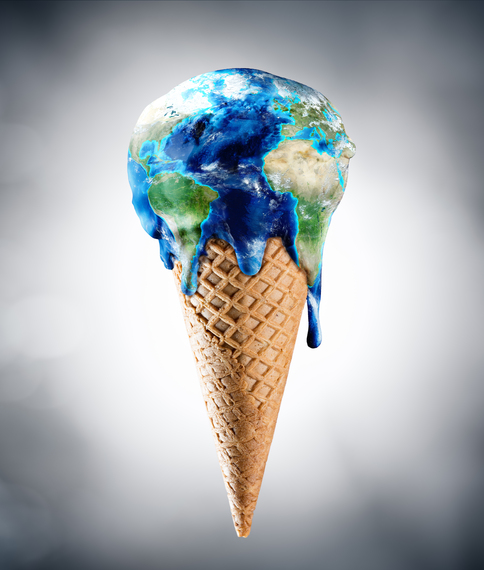 Companies the world over have been changing and evolving their practices in an effort to reduce their carbon footprints. But it's not only that they're attempting to bring positive changes to the planet from an environmental standpoint. The simple fact is that there is no long-term future in employing outdated practices relating to energy consumption in all its forms, as well as how we've traditionally harnessed it.

Whether or not you're entirely on board with the science or some of the particulars, this simply is the new direction we're headed. Period.

But there's a lot of good news in that, particularly from a business standpoint, if one merely puts aside their assumptions and looks for the opportunities.

As a strong advocate of investment in new technologies, I know firsthand that these changes mark the opening of a whole new volume of possibilities linked to 21st century thinking and innovation. The science seems to be geometrically progressing, and each time it does so, it offers smart investors another new chance to climb onboard.

And speaking of smart investors, despite what may have been bounced around during a heated campaign, Trump himself is far too intelligent to simply ignore the future and his country's best chances for maintaining greatness.

It's no secret that Trump has been vocal about his apprehensions and objections to legislation relating to climate change. Certainly during the campaign he came out in opposition to legislative measures, as well as the Paris Agreement itself, and made it known he didn't see a need to pursue this whole line of reasoning.

Yet Trump may already be softening his views on the matter. Following receipt of that letter--which was addressed to Trump, President Obama, and the U.S. Congress--there are indications that as he enters the Oval Office, Trump may not necessarily see it as a practical stance to wholeheartedly oppose relevant legislation.

My expectation on this and related issues is that, now that the fight to win the office is behind him, he can take the necessary time--along with his intelligent advisors--to prudently consider what measures are going to best serve the country and her economy going forward.

I think it would be naïve to assume Trump is going to hold on to a rigid oppositional stance. He wants to be successful in this latest endeavor of his and, as far as the business community is concerned, acknowledgement of and action relating to this major worldwide initiative is paramount. He'll come to understand that, if he hasn't already, and in all likelihood he'll incorporate that knowledge into his choices as a leader.

Contrary to some opinions, this is potentially a great time to see the world move forward in combating climate change. While we face challenges, I for one hold hope that the months ahead will find us eventually all arriving on the same page.