Lois Dodd is not interested in telling stories. Just as snapshots transport us back to forgotten feelings, physical states, and even temperatures, so Dodd's windows take us to her favorite sites in New York, New Jersey and Maine. We don't just see the place, we feel the place, despite the fact that we were never there.

After attending Cooper Union in New York in the 1940's, Dodd became the only female founder of the Tanager Gallery. Yet for years her paintings were dismissed by the museum circuit because they didn't adhere to the burgeoning abstract expressionist movement or any "cutting edge" aesthetic. And yet Dodd continued paintings, working for the most part outside distinctive artistic circles and trends, yet incorporating so many of them into her own curated style.

For sixty years Dodd has painted brusque paced, sun-lit scenes of everyday spaces. Real life is simplified down to swaths of expressive color and purposeful strokes. Perspectives and reflections flatten onto the canvas for an effect so accessible it almost becomes surreal. She captures urban rooftops, empty woods and suburban windowsills with the same captive eye. Some of her paintings resemble Cezanne's world, where objects are weighty, somewhere between blooming and rotting. Others resemble an Alex Katz canvas, dry, timeless and clean. Her style, ranging from early modernist to post-modern flatness, evokes the moisture or dryness in the air.

"Cows in Landscape" (1957) presents cows in all the undulating fluidity of Matisse's dancing nudes. The full-bodied curves and economic lines recall a slow heat. "Night Sky Loft" (1972-73) is of a different breed. Sharpnessmati defines the architectural edges and brightly colored gradients, echoing the sharp-edged strangeness of Magritte's "The Human Condition." Dodd connects past artistic movements to present locales, finding the quickest routes to express a particular place and time.

"Lois Dodd: Catching The Light" will show until August 26 at the Kemper Museum of Contemporary Art in Kansas City, Missouri. 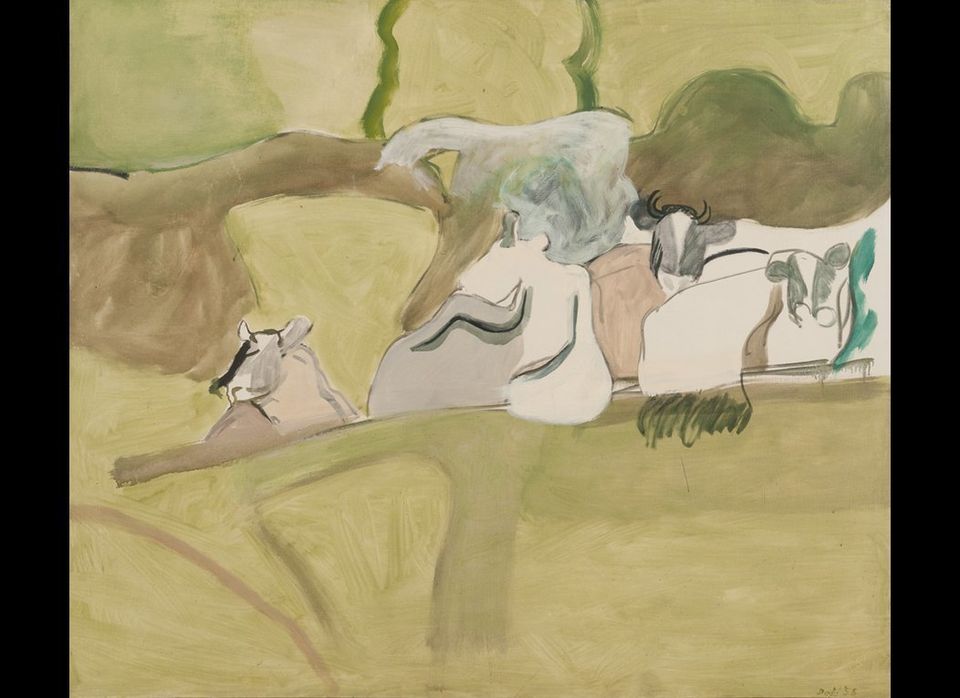