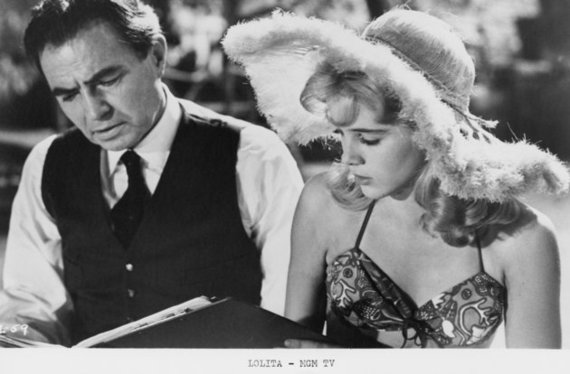 "Lolita" is European immigrant Vladimir Nabokov's disturbing masterpiece published more than 50 years ago and still popular in bookstores. It was considered both indecent and a masterpiece of fiction at the time. Yet nowadays, the story of a venerable middle-aged Englishman, Humbert, and his disastrous love affair with his 12-year-old popsy wopsy American stepdaughter Dolores "Lolita" Haze, of whose mother he married because of his love for her, is considered a classic -- no discussion. This post-war road novel can be viewed as a metaphor for Europe's relationship with America with a European man and an American girl desperately running around the US in an effort to leave behind the past towards non-existing future.

These days, while watching the real and ongoing war in Syria and the Syrian refugees' escape towards a blurred future, we are the witnesses of many heartbreaking stories between Europe, the West in general and the Arab, Muslim world. Knowing that they are not nonfiction is more agonizing, though.

Last week, reading Algerian writer Kamel Daoud's bias op-ed in The New York Times titled "The Sexual Misery of the Arab World" greatly upset me as a human. He even went further with his self-ingested orientalism in the last paragraph to reproaching all Muslims, echoing Samuel P. Huntington's "The Clash of Civilization and the Remaking of World Order," indicating that "People in the West are discovering, with anxiety and fear, that sex in the Muslim world is sick, and that the disease is spreading to their own lands." It is perplexing to understand how he globally denigrated the sexual politics of the "Arab even Muslim world" as if the West is fully enlightened when it comes to sex.

In the article, Daoud references the incident that took place on New Year's Eve at Cologne's central train station and related it to a rape culture that was imported into Germany by refugees. Nevertheless, some local journalists disagree with the view. "Germany's rape culture is deeply rooted in our collective psyche," indicates Stefanie Lohaus and Anne Wizorek in news outlet VICE Germany. They added: "According to Bei Der Study, 13 percent of German women have experienced a form of criminal sexualized violence but only 8 percent of these women filed a complaint with the police ... That means that an incredible 95 percent of women in Germany who experience sexual violence don't report it to the police." I was shocked to read that according to current German law, in order to get a conviction for sexual assault, the victim must prove that they resisted the violence. (This is not any better than the Turkish law, is it?). 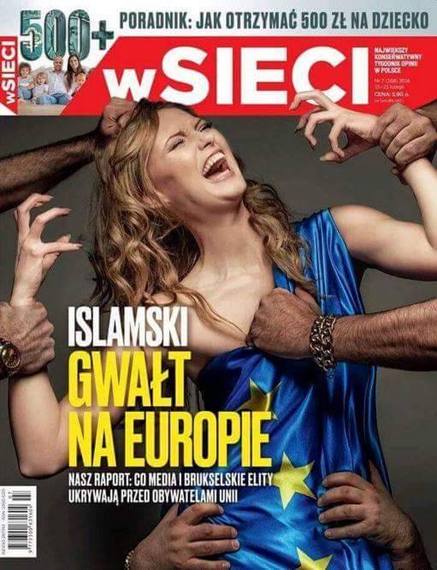 Meanwhile, the other day, I came across to the cover of Polish magazine wSieci and the headline read "Islamic Rape of Europe" on top of a picture of brown skinned and dark haired arms and hands grabbing hold of an attractive white woman. It seems to imply by the hairy armed Muslim men that Islam takes away civilized, vulnerable Europe's decency by depicting a dainty white woman screaming for help.

It is completely pathetic and scandalous to promote these ideas at a time when millions are seeking refuge and help in Europe. The fear mongering, scapegoat seeking tactics and Islamophobia will not solve any problem and will worsen the situation.

Can't intellectuals of the East act more responsibly for the sake of humanity instead of trying to use the opportunity to expand their reputation? Daoud simply ignores diverse and varied social contexts to tell a baseless story of the Arab/Muslim world's inferiority to the Western world. Well, it is undeniable that there are serious problems in the Arabic society if you look at the issue from the narrow Salafist and tribal culture view, but this doesn't represent normal life in Arab or Muslim societies.

Also, when it comes to "sick sex" can't the West bridge the divide better if it acknowledged and confronted its own society's sexual problems? According to the National Sexual Research Center (NSVRC), in the US one in five women have been raped at some point in their lives. A 2014 study published by the European Union Agency for Fundamental Rights declared that one in three women in Europe have suffered some form of physical or sexual assault.

Well, it's about time for many in the West (and East who are parroting what others want to hear) to realize that what they are doing is wrong. Give a chance to good literature, art and science in order to support the refugees. Stop dehumanizing them and see their actual capacity. While bigotry against Muslims is on the rise, aiming to instill more fear and hate among people who are already tense towards Muslims does not help solve the refugee crisis but creates a more serious problem. 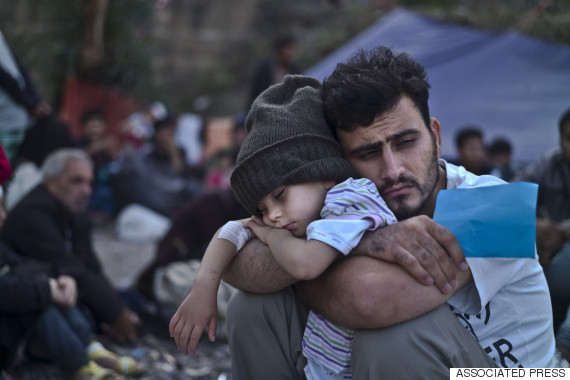 For more Arzu Kaya-Uranli
click
Download
Calling all HuffPost superfans!
Sign up for membership to become a founding member and help shape HuffPost's next chapter
Join HuffPost
Voting Made Easy
Register to vote and apply for an absentee ballot today
Register now